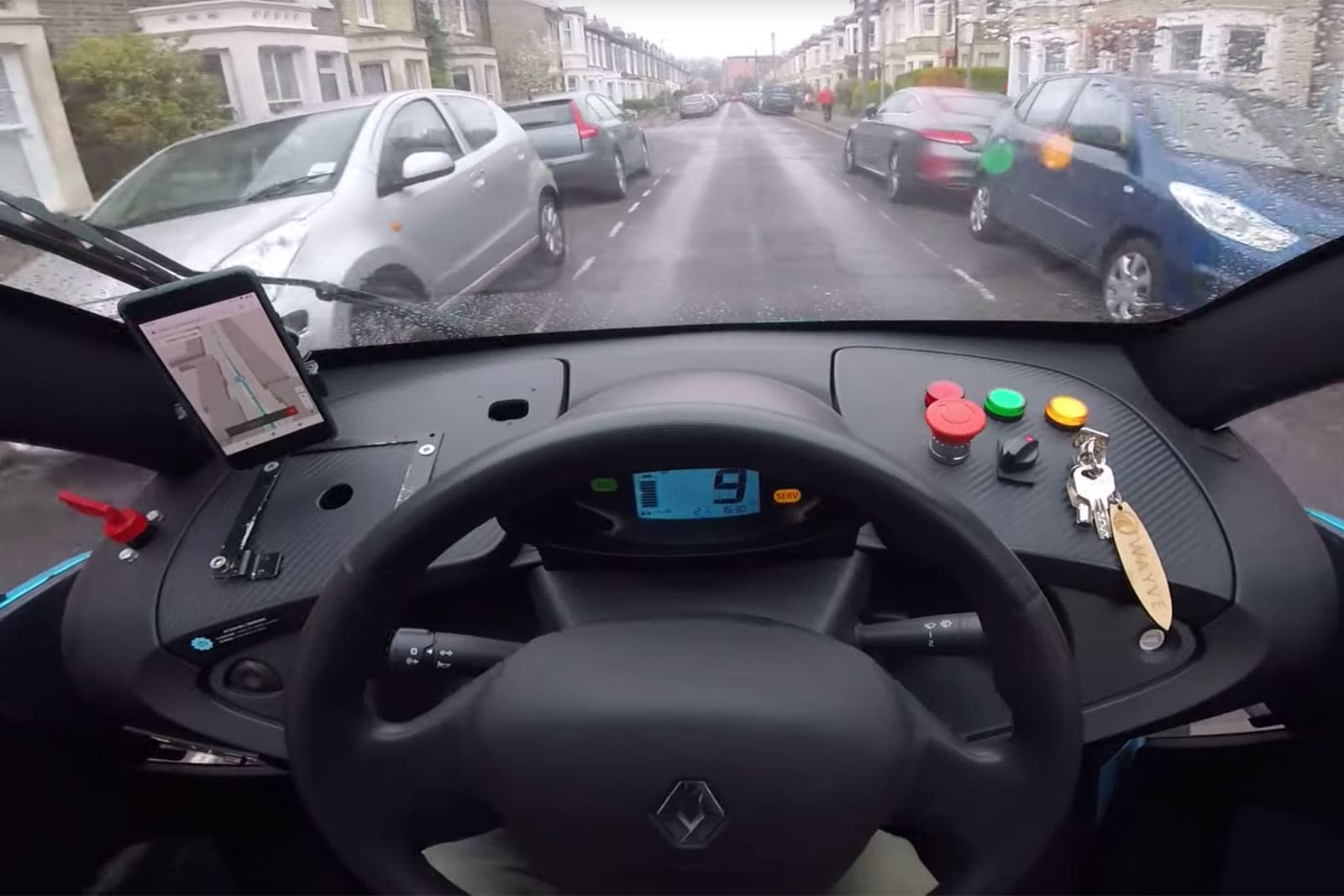 Self-driving cars currently need a lot of hand-holding to get around, with even Waymo's machines relying on lidar, custom rules and highly detailed maps to know exactly where to go. Wayve, however, wants driverless vehicles with more independence. It just showed a prototype autonomous vehicle (a modified Renault Twizy) driving around Cambridge, UK using only cameras and basic GPS directions from a phone. It had never seen the roads before, and was only running on 20 hours of training data -- it didn't even know to drive on the left side of the road or to slow down at intersections where it didn't have the right of way.

The trick, according to Wayve, is the approach to the driving AI. It learns to drive like a human through imitation and reinforcement, using computer vision to follow the intended route. It also uses the input data to learn only those features that are most relevant to control. This not only helps it get up to snuff quickly, but dramatically lightens the computing workload. The self-driving AI can run on the "equivalent" of a modern laptop, Wayve said. Existing self-driving cars frequently need extensive computing power that can be expensive and heavy.

The technology isn't about to see everyday use. Wayve's demo saw the Twizy putting around at low speeds in relatively light traffic. While it did handle some complicated scenarios, there's a certain tentativeness to the vehicle's behavior. The human occupant had to take over to park, too. Nonetheless, it's one step closer to autonomous rides that can navigate unfamiliar roads and unexpected situations with relative ease.

In this article: ai, artificial intelligence, autonomous, computer vision, gear, navigation, self-driving, self-driving car, transportation, video, wayve
All products recommended by Engadget are selected by our editorial team, independent of our parent company. Some of our stories include affiliate links. If you buy something through one of these links, we may earn an affiliate commission.