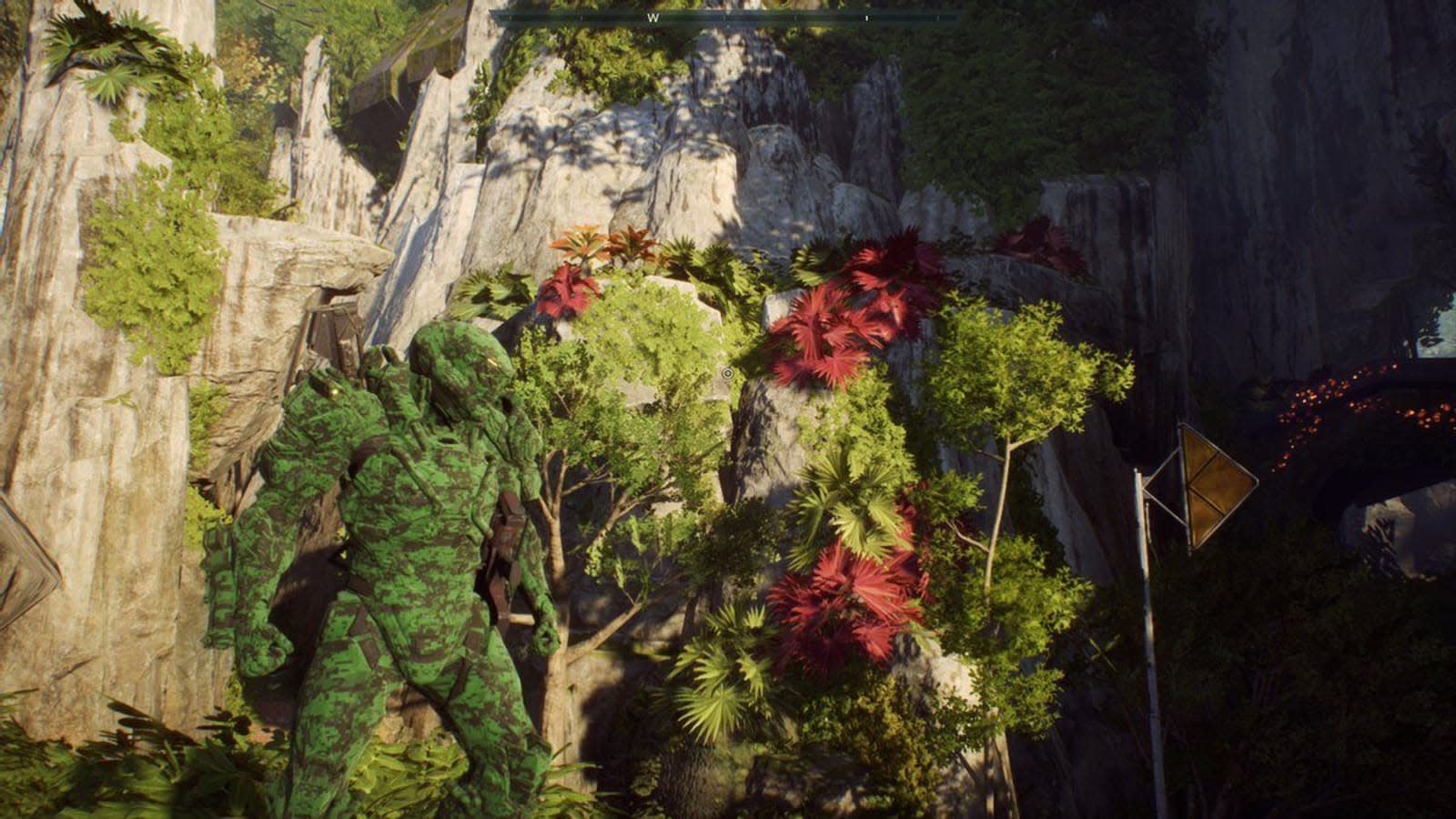 'Anthem' is proof that crunch can't save AAA games

Anthem is a fiery mess. Since launching in February, BioWare's loot shooter has been plagued by game-breaking bugs, narrative and gameplay inconsistencies and an overwhelming sense of incomplete blandness. Critically, Anthem has received middling reviews, and its current Metacritic score, 55, is the lowest a BioWare title has ever received. Yes, that includes Mass Effect: Andromeda.

A report out of Kotaku this week helps explain why Anthem is in disarray, and it shines a light on a consistent and increasingly public issue in AAA development: crunch. 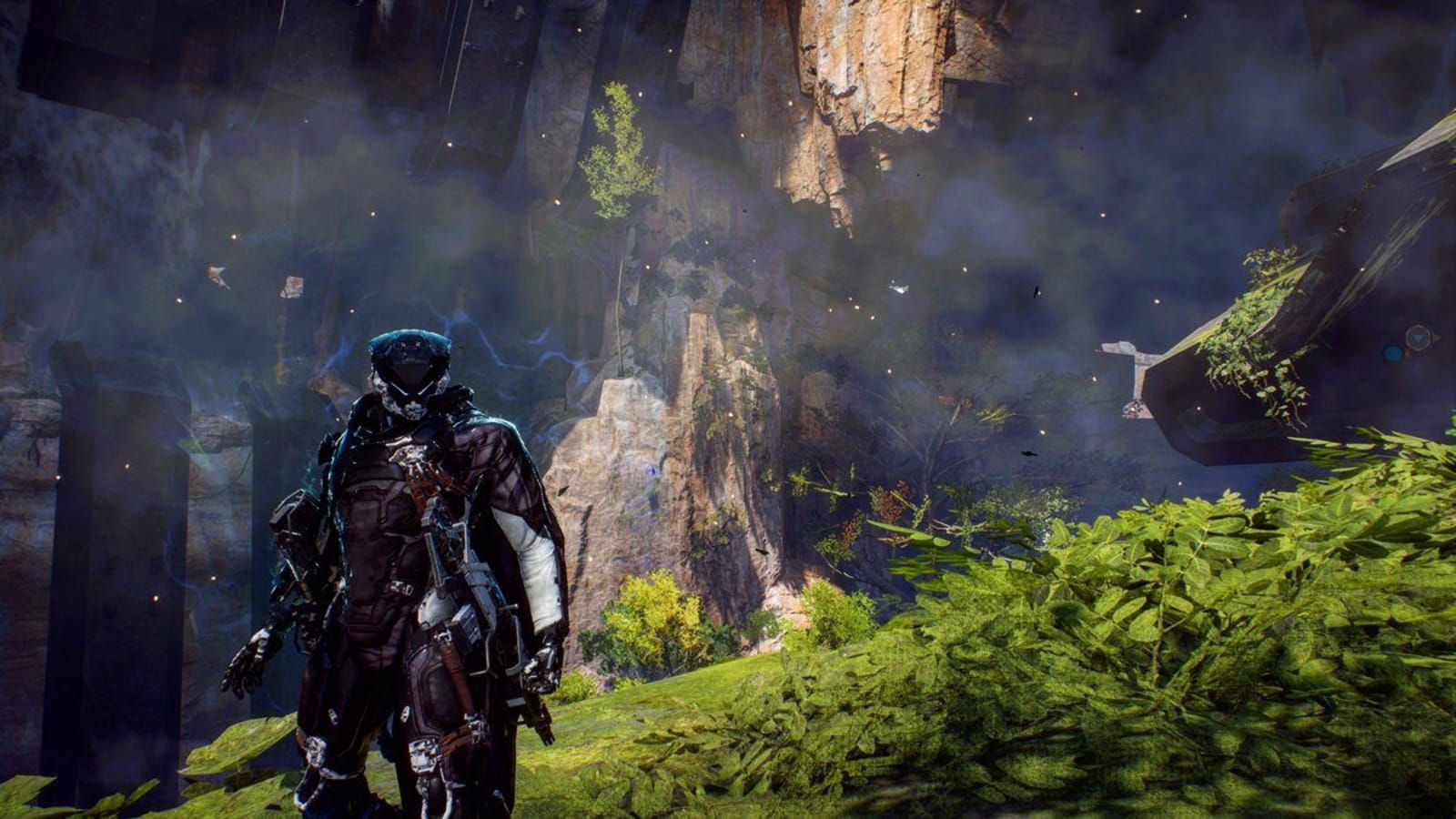 Anthem's core problems stemmed from an ingrained belief at BioWare that everything would work itself out in the final stages of development. Internally at the studio's parent company, Electronic Arts, this is called "BioWare magic," Kotaku says, and it's simply how games like Dragon Age and Mass Effect are made.

But this time around, relying on crunch (or "BioWare magic," if you're in the marketing department) doomed Anthem. Though the game has been a twinkle in BioWare's eye since late 2012, developers didn't implement a single playable mission until the final year of development in 2018. When BioWare revealed Anthem on the EA stage at E3 2017, complete with a 2018 release window, the game was actually still in pre-production. The E3 build was thrown together in the previous weeks, only after BioWare head Patrick Soderlund panned a completely different internal Anthem demo, Kotaku says.

Essentially, Anthem never found a consistent leader and developers struggled to piece together a coherent game with little direction and varied resources, according to the report. Team members were moved to and from projects like Dragon Age: Inquisition and Mass Effect: Andromeda, both of which experienced crunch and launch during Anthem's development. Over the years, leaders, programmers and writers left the studio in droves, fed up with an unclear vision and poor communication. Despite all this, the notion persisted that crunch would save the game, just like it always did. 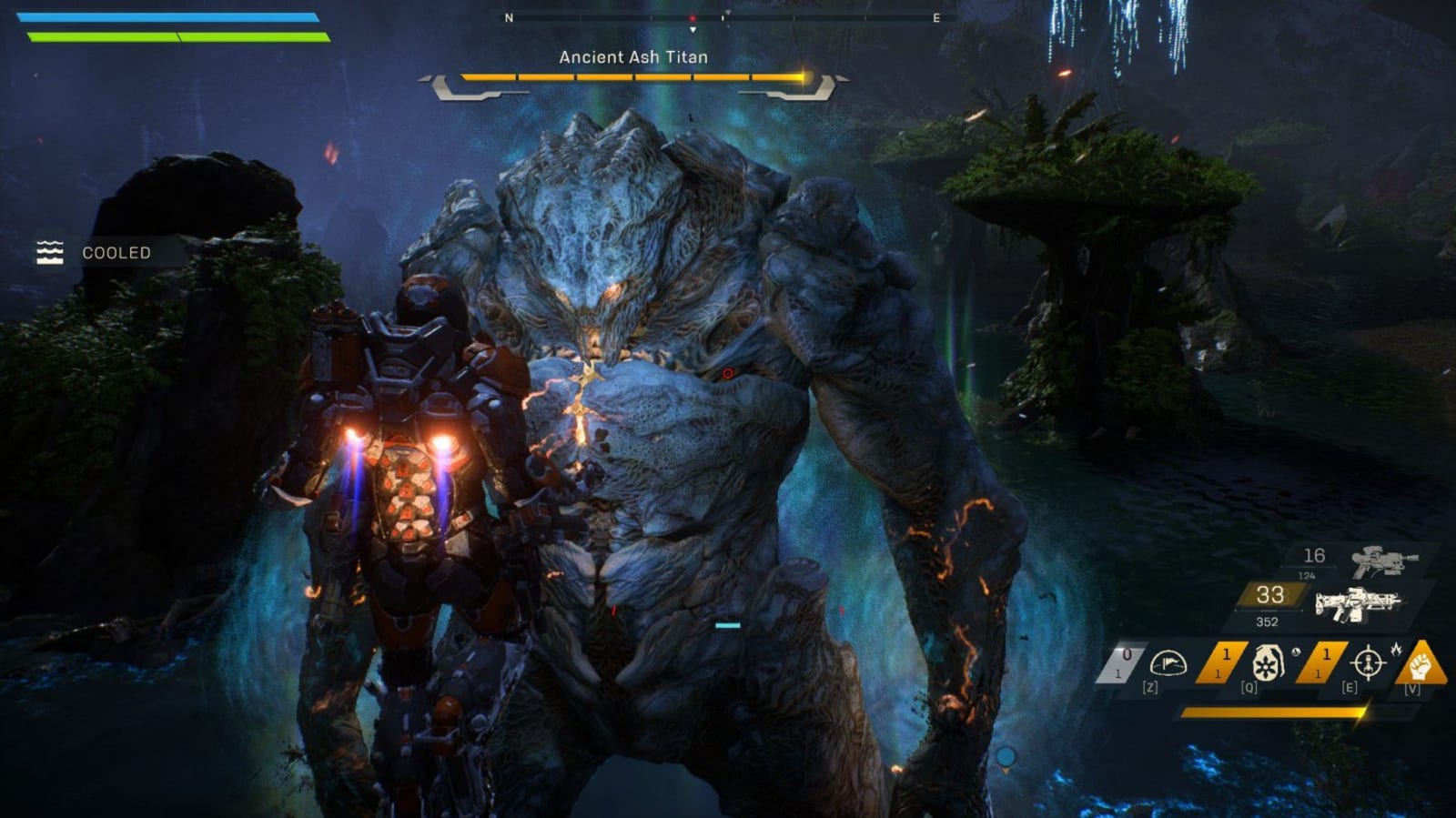 When crunch time kicked off for Anthem, BioWare was out of fairy dust. Too much had gone wrong, and the team was entering production with less than a year to complete a full game, Kotaku reports. "Stress leave" became a common refrain among developers.

"I've never heard of people needing to take time off because they were so stressed out," one Anthem developer told Kotaku. "But then that kind of spread like wildfire throughout the team."

Today, former BioWare magician Casey Hudson is back at the studio and he's in charge of cleaning up Anthem. He's apologized, laid out a roadmap of bug fixes and improvements, and promised to keep working on the game, now in real-time. BioWare also responded to the Kotaku report, publishing a blog post just minutes after the story went live. It reads, in part, as follows:

We put a lot of focus on better planning to avoid "crunch time," and it was not a major topic of feedback in our internal postmortems. Making games, especially new IP, will always be one of the hardest entertainment challenges. We do everything we can to try and make it healthy and stress-free, but we also know there is always room to improve.

As a studio and a team, we accept all criticisms that will come our way for the games we make, especially from our players. The creative process is often difficult. The struggles and challenges of making video games are very real. But the reward of putting something we created into the hands of our players is amazing. People in this industry put so much passion and energy into making something fun. We don't see the value in tearing down one another, or one another's work. We don't believe articles that do that are making our industry and craft better.

Long-term, mentally torturous, physically ruinous, career-ending crunch is not inherent in the video game development process -- it's a symptom of mismanagement. AAA teams are massive, with hundreds of creative, driven professionals often communicating across countries or continents; they have budgets in the millions and their timelines are years long. Wrangling this system into a coherent, innovative game requires clarity, tenacity and for a million tiny things to go right every day. Even in an ideal production scenario, developers will probably have to work extra hours at the tail end, hopefully just fine-tuning and polishing the final product, and not imploding their personal lives in the process. 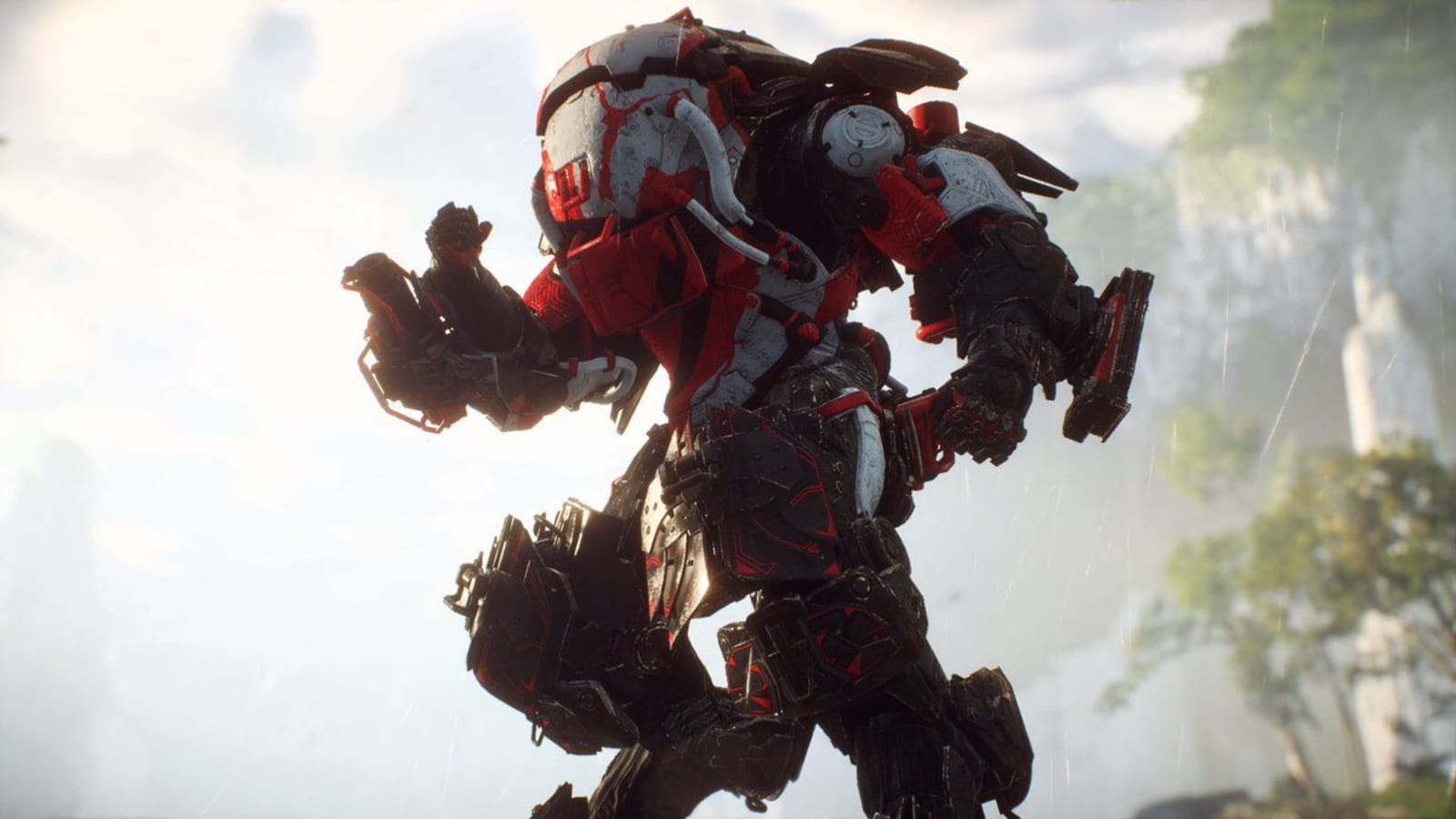 Under the wrong conditions, however, talented developers will build terrible games. And sometimes, despite every mental, emotional and strategic roadblock thrown their way, they'll create fantastic games, and then get laid off a few weeks later anyway. That's the business, baby.

A crunch-lite process plays out all the time in Silicon Valley, with scrum sprints that give developers aggressive month-long or short-term plans to complete a product. Developers at all levels, in all tech industries, are familiar with the idea of strict deadlines and working overtime to see a project through the finish line. Crunch becomes a problem when executives build months of mandatory 80-hour work weeks into their production cycles, relying on a frantic, brutal and extended push from developers, even when things are on schedule.

Of course, mandatory crunch isn't the only way to make games. Plenty of AAA developers have ditched the complex entirely and formed independent studios, and many of these smaller teams approach development from a human-first perspective. They work hard and create spectacular experiences, but they also don't clock more than 40 hours a week, or they prioritize time off for vacations, rest and burnout prevention. Not every indie studio is a bastion of humane working conditions and creativity, but anti-crunch action has definitely found a home in these smaller spaces.

As indie and AA studios demonstrate that game development doesn't need to be soul-crushing to be successful, larger companies are coming under fire for their approach to crunch. Take Rockstar for example: In the run-up to the launch of Red Dead Redemption 2, founder Dan Houser bragged that his team was working 100-hour weeks to finish the game, and a firestorm of criticism immediately sparked. Rockstar developers spoke up to say they were expected to work themselves to exhaustion, logging 60-hour weeks, including nights and weekends, for years. RDR2 came out in the middle of a full-blown crunch controversy, echoing similar scrutiny that Rockstar faced in 2010 during the development of Red Dead Redemption. 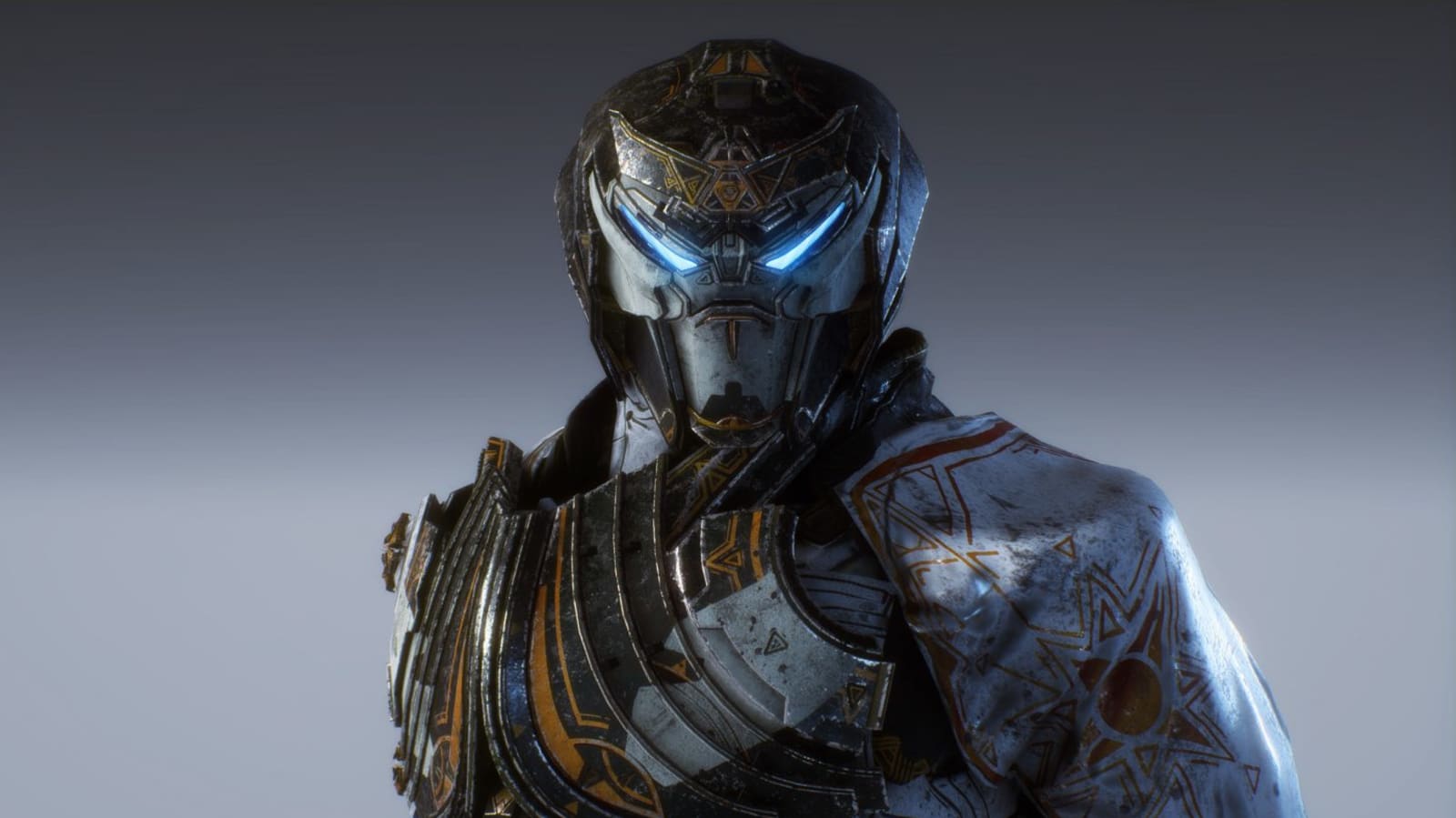 EA has been in the business for 36 years. It employs nearly 10,000 people and reported more than $5 billion in revenue last year. Some of its internal hierarchies and processes have been ingrained in the company for decades, and so far, they've served the company well. One of those baked-in policies, crunch, has helped EA studios churn out genre-defining franchises such as Battlefield, FIFA, Madden, Mass Effect and Dragon Age.

Crunch has also been a documented problem at EA for just as long. In 2004, a game developer published the "EA Spouse" letter, accusing the company of enforcing cruel crunch practices, with months of mandated overtime and weeks up to 85 hours long.

"The stress is taking its toll."

"The stress is taking its toll," the letter reads. "After a certain number of hours spent working the eyes start to lose focus; after a certain number of weeks with only one day off fatigue starts to accrue and accumulate exponentially. There is a reason why there are two days in a weekend -- bad things happen to one's physical, emotional, and mental health if these days are cut short. The team is rapidly beginning to introduce as many flaws as they are removing."

That was 15 years ago. Crunch has been an accepted facet of game development for so long because, for the most part, it's worked. This system has given the world Grand Theft Auto, Mass Effect, Call of Duty, The Last of Us, Halo, Red Dead Redemption and hundreds of other industry-shifting universes. Red Dead Redemption 2, while mired in controversy, made a record-setting $725 million its launch weekend, collected a slew of awards and has clocked 23 million units shipped worldwide. And it's no surprise; it's a great game.

This is exactly what BioWare argued in its rebuttal to Kotaku's report -- crunch is simply part of the process if you want high-quality games. However, just because it's worked in some cases doesn't mean it's the only way. It also doesn't mean the system will continue to work forever, as Anthem can attest.