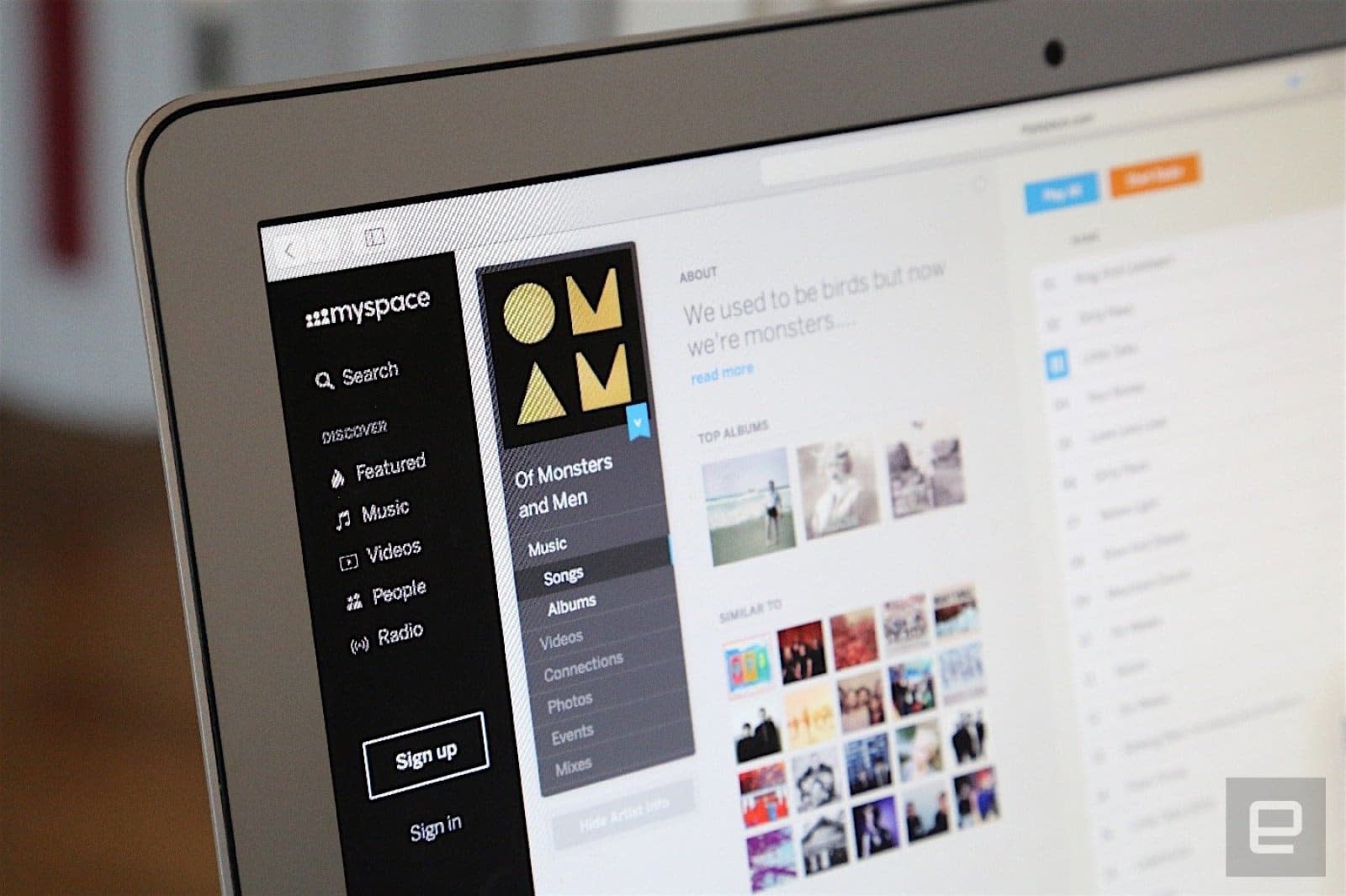 When MySpace announced that it had "accidentally" (and there are question marks around that) lost 12 years of content last month, former users were devastated to learn that many of their audio files -- which they assumed would continue to exist on the site like a digital archive -- had been lost forever. But The Internet Archive comes bearing good news, having managed to salvage a collection of MP3s it's calling the "MySpace Dragon Hoard."

The collection contains 490,000 tracks, allegedly gathered by an anonymous academic group that grabbed around 1.3 terabytes of music from the site to study between 2008 and 2010. While this represents a pretty small percentage of the total tracks lost -- estimated to be around 53 million -- many users are nonetheless delighted by this haul. Jason Scott from The Internet Archives tweeted that one creator managed to locate a track they'd assumed for was lost for good, while Twitter user @pinkpushpop found a bunch of early clips from the likes of Katy Perry, Nicki Minaj and Donald Glover.

You can investigate the collection using Hobbit, the search and playing mechanism for the Dragon Hoard, although The Internet Archive notes that the index will take a little while to initialize when you first load it. It also says that the collection "can best be described as unwieldy", so who knows what gems of bygone internet nostalgia you'll find there.

In this article: audio, av, data, entertainment, internet, loss, MP3, music, MySpace, personal computing, personalcomputing, services, The Internet Archive
All products recommended by Engadget are selected by our editorial team, independent of our parent company. Some of our stories include affiliate links. If you buy something through one of these links, we may earn an affiliate commission.