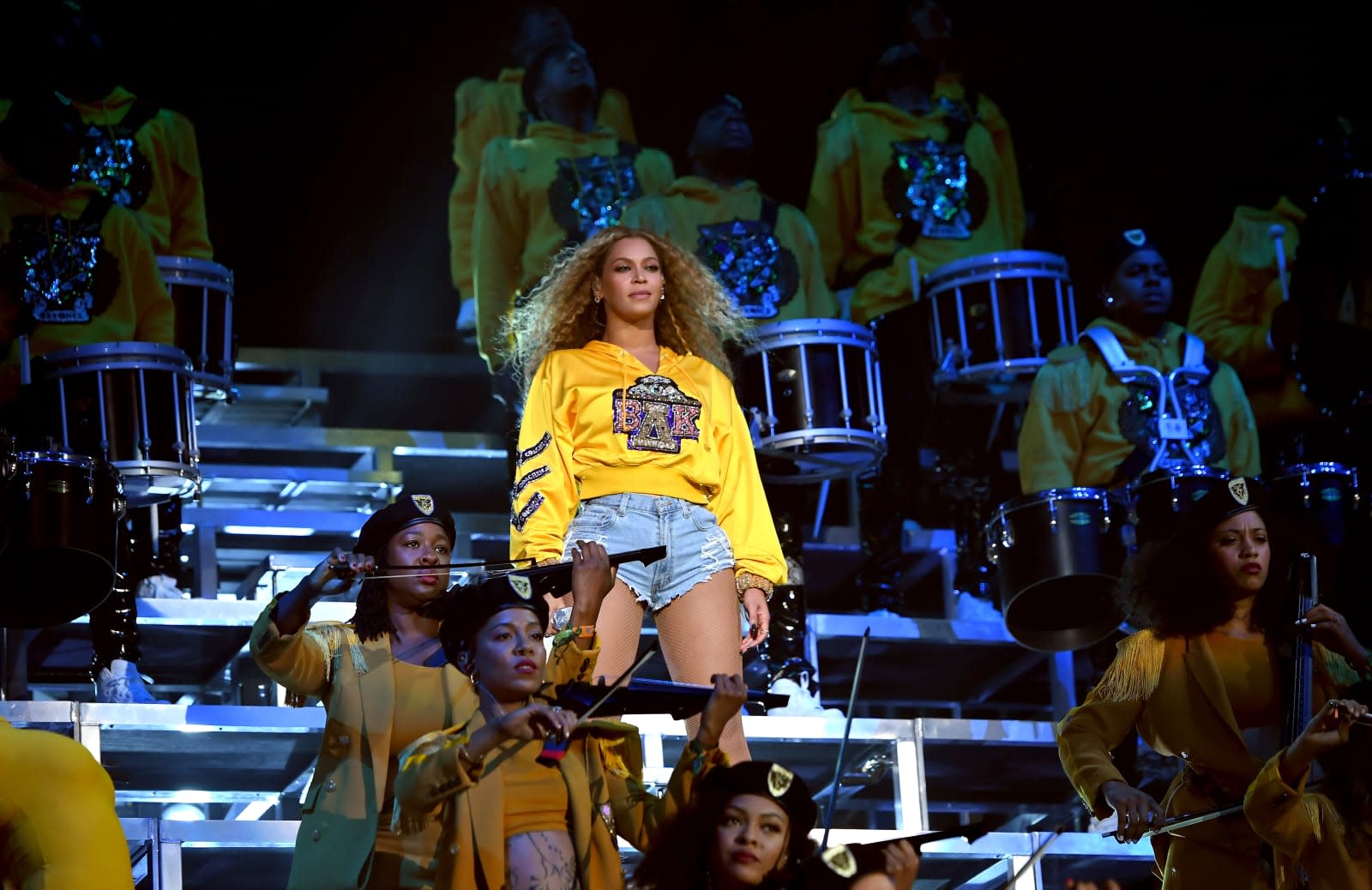 You probably don't think of Netflix as a go-to place for music documentaries beyond Taylor Swift's tour movie, but it's determined to burnish its image. The service has teased the April 17th debut of a previously rumored documentary on Beyoncé's much-hyped performance at the 2018 Coachella festival -- conveniently, just ahead of the 2019 festival's second weekend. You won't find a trailer or other details, but there's little doubt that the teaser is a callback to both the yellow outfits Bey's team wore as well as the launch of her Homecoming Scholars Awards Program at the same time.

It's easy to see why Netflix might go out of its way to score a Beyoncé movie -- its competitors aren't about to stay still. Amazon has promoted concerts heavily in the past, including its Prime Live Events series and originals on groups like Coldplay and the Grateful Dead. YouTube, meanwhile, is no stranger to streaming concerts. This puts the spotlight back on Netflix and suggests it could offer more music extravaganzas going forward.

In this article: beyonce, coachella, entertainment, homecoming, internet, movies, music, netflix, services, streaming
All products recommended by Engadget are selected by our editorial team, independent of our parent company. Some of our stories include affiliate links. If you buy something through one of these links, we may earn an affiliate commission.