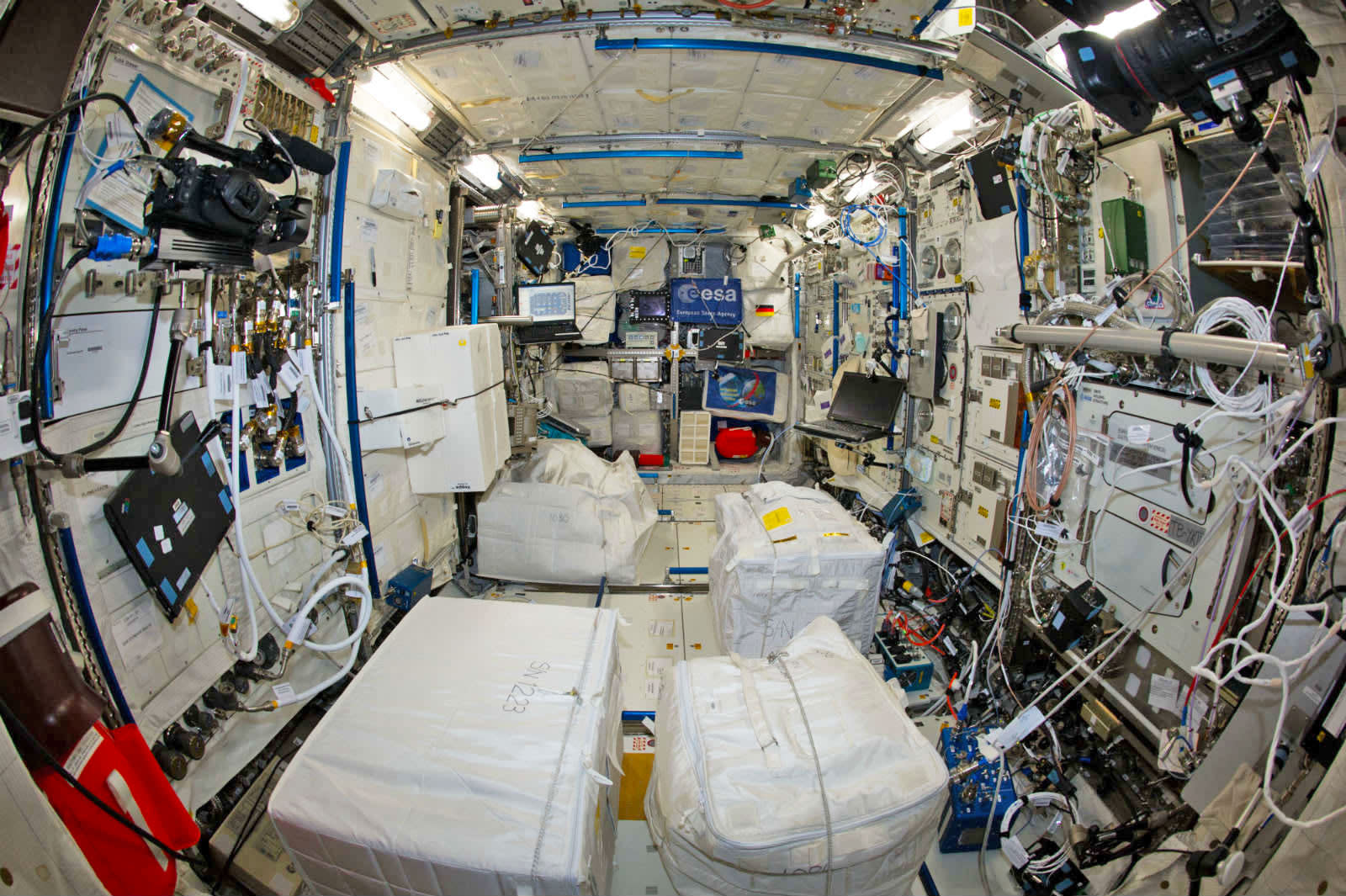 NASA scientists have found that the International Space Station (ISS), home to six astronauts, is infested with disease-inducing bacteria. Many of the organisms breeding on the craft's surfaces are known to form both bacterial and fungal biofilms that promote resistance to antibiotics. The NASA team published their findings in a new study -- the first comprehensive catalog of germs in closed space systems -- in the journal Microbiome. The biofilms ability to cause microbial-induced corrosion on Earth could also play havoc with the ISS' infrastructure by causing mechanical blockages, claim the researchers.

The microbes come from humans and are similar to the ones in gyms, offices, and hospitals on Earth. They include so-called opportunistic pathogens such as Staphylococcus aureus (commonly found on the skin and in the nasal passage) and Enterobacter (associated with the human gastrointestinal tract). Though they can cause diseases back on Earth, it's unclear what, if any, affect they'd have on the ISS' inhabitants.

"Specific microbes in indoor spaces on Earth have been shown to impact human health," Dr Kasthuri Venkateswaran, a senior research scientist at the NASA Jet Propulsion Laboratory and the study's co-author, said. "This is even more important for astronauts during spaceflight, as they have altered immunity and do not have access to the sophisticated medical interventions available on Earth."

As part of the study, the team used both traditional culture techniques and gene sequencing methods to analyse surface samples collected in eight locations on the ISS, including the viewing window, the toilet -- which recently burst, spewing two gallons of water on the US crew -- exercise platform, dining table and sleeping quarters, during three flights across 14 months.

"The ISS is a hermetically sealed closed system, subjected to microgravity, radiation, elevated carbon dioxide and the recirculation of air through HEPA filters, and is considered an 'extreme environment,'" said Dr Venkateswaran -- essentially the type of place where bacteria tend to thrive. Researchers claim the study can be used to improve safety measures for NASA astronauts, long-term space travel or living in space.

In this article: bacteria, germs, international space station, iss, medicine, nasa, space, spacecraft, TL19HABI, tomorrow
All products recommended by Engadget are selected by our editorial team, independent of our parent company. Some of our stories include affiliate links. If you buy something through one of these links, we may earn an affiliate commission.