DaVinci Resolve has proven itself to be an excellent inexpensive or even free alternative to Adobe's Premiere Pro CC. Now, Blackmagic Design has unveiled DaVinci Resolve 16 with a brand new "cut" page that's aimed at YouTubers and others who need to work quickly. The module is separate from the current edit page (though you can switch back and forth) and features a new innovative dual timeline that shows the entire program above and work area below, eliminating the need to zoom.

You can do most basic chores in cut, including importing, trimming, adding dissolves, creating titles, mixing audio and matching color from shot to shot. The new app also packs a feature called "source tape" borrowed from the days of analog editing. Rather than sifting through dozens of clips in a bin, you can click on the source tape button and view everything as a single long tape. "This makes it easy to scrub through all of the shots, find the parts [you] want, and quickly edit them to the timeline," said the company in a press release. 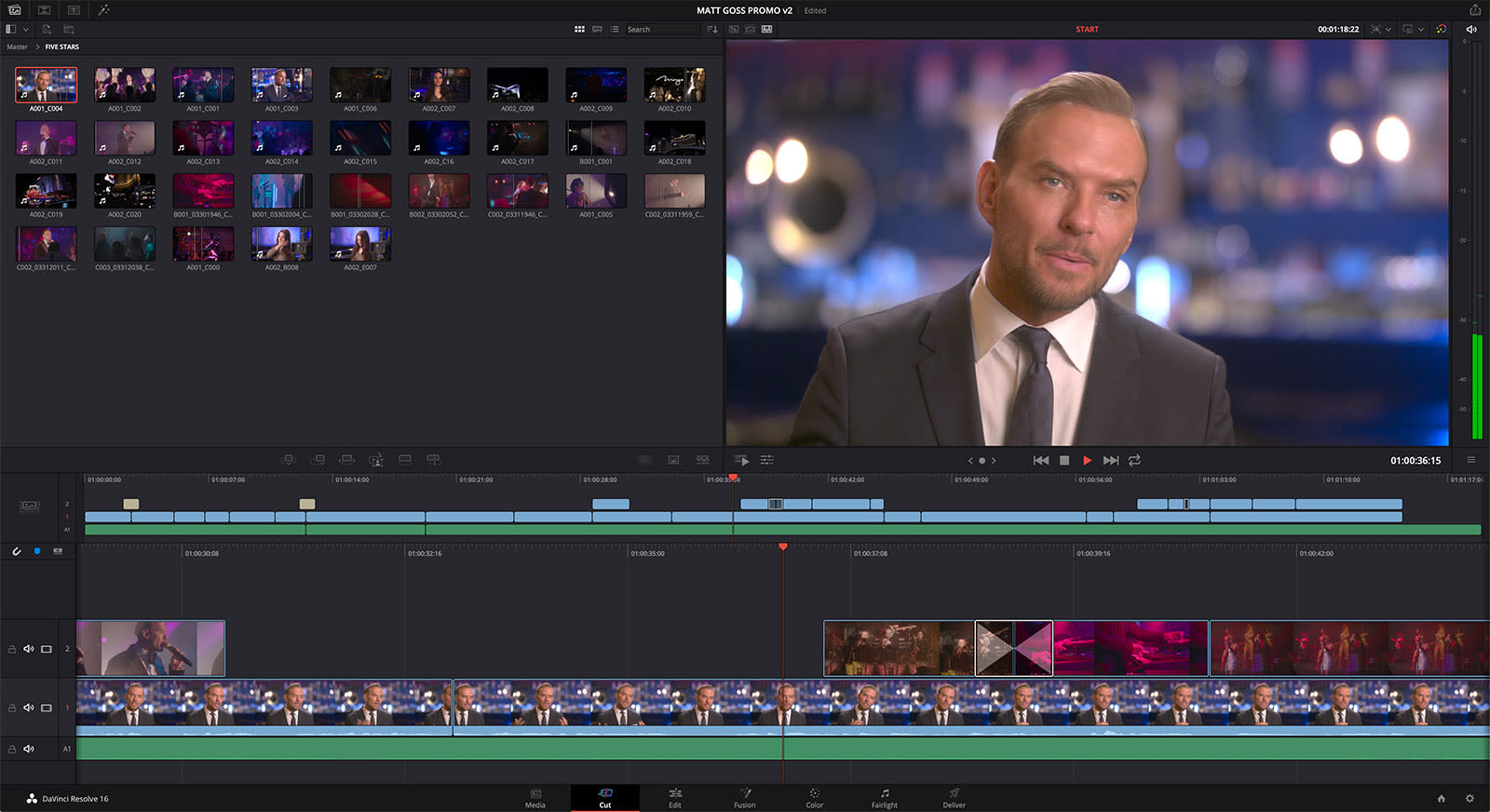 Much like Adobe did with its AI system Sensei, Blackmagic has introduced the "DaVinci Neural Engine" to its editing app. It now powers DaVinci's speed warp motion retiming, provides better footage up-scaling, while also doing auto color and color matching, facial recognition and more. You can even use it for batch processing by having it recognize clips with specific people and organizing them into bins.

As before, Blackmagic is selling the DaVinci Resolve Studio 16 for $299 and offering a free version with some features eliminated. If you already have a version of Studio, like the one that's included with the BMPCC 4K camera, you'll get the update for free. It's still in beta for now, but you can download and try it out at the bottom of this page.