It's not really getting any better.

It's a well-known fact that large swathes of the US remain without broadband connectivity -- indeed, some $22 billion has been poured into closing this gap over the past five years. However, exactly how many Americans are going without is up for debate. As a new blog post by Microsoft explains, "official" data from the Federal Communications Commission (FCC) can't be trusted.

According to the FCC, some 25 million people don't have access to broadband. In leveraging data from its various online services, however, Microsoft says that some 163 million people "do not use the internet at broadband speeds." Evidently, not having access to broadband and not using the internet at broadband speeds are not the same thing, but such huge discrepancies in the numbers -- because you'd expect those with broadband to at least use it occasionally -- prompted Microsoft to dig a little deeper. 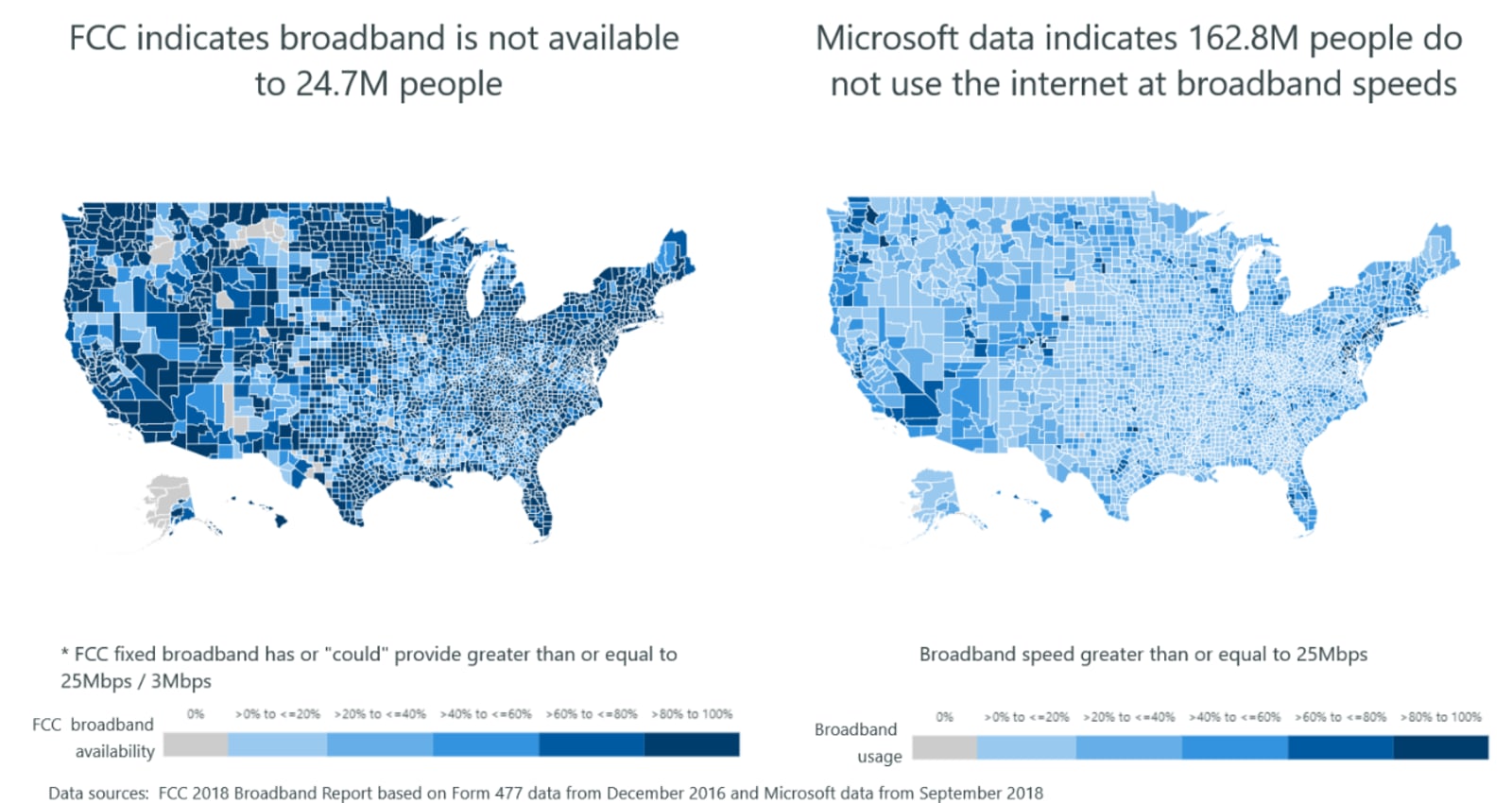 The company cites Washington as a case study. "FCC data indicates that 100 percent of Ferry County residents have access to broadband. When we spoke to local officials, they indicated that very few residents in this rural county had access and those that did were using broadband in business. Our data bears this out, showing that only two percent of Ferry County is using broadband."

A raft of other places, rural and urban, produce similar data. So what's going on? According to Microsoft's chief analytics officer, John Kahan, this mismatch "across nearly all counties in all 50 states indicates there is a problem with the accuracy of the access data reported by the FCC."

As Microsoft explains, this data is not independently checked by the FCC, but merely reported to the FCC by internet providers, which the FCC simply declares. Providers report their coverage via Form 477, where genuine mistakes (such as a few extra 0s) can happen and, and where large providers exaggerate their coverage so they don't have to fork out the cost of filing in blank spaces.

This isn't a new problem, and even FCC officials have expressed concern with the way the data is obtained. Microsoft has suggested to Members of Congress ways for the system to be tweaked, making it harder for ISPs to both make "errors" and falsehoods on their coverage reports. It's this ongoing pressure that will hopefully lead to a more accurate way of identifying true broadband coverage, which will make sure it eventually finds its way to those who still need it.