It added streaming abilities to existing HiFis on the cheap.

In this week's IRL, Senior Editor Terrence O'Brien sings the praises of Chromecast Audio, which Google killed off in January. But that doesn't mean he's giving up on it. On the contrary, it's now more precious to him than ever.

Google has killed a lot of products over the years. Some of them are sorely missed (Google Reader). Others, less so (Wave). But the one that hurt me the most, was Chromecast Audio. I love my regular Chromecasts a lot, but I had been a Roku user for years. Streaming YouTube to my TV wasn't exactly a game changer. Playing Spotify or Google Play music through my stereo though, without having to physically plug my phone in, was huge for me.

First let's set the stage: I am a huge music nerd with a pretty sizable collection of CDs and vinyl. Before it went into storage, my CD collection neared 1,200. And I literally have no idea how many records my wife and I own. In addition to what we've amassed on our own, we inherited hundreds from her father who was a DJ in the '70s and '80s.

But during a move about eight years back we decided to put my CDs in storage. And I ditched my aging Aiwa bookshelf system with its five-disc changer and dual cassette desks. For a couple of years literally the only way we had to listen to music was a computer and iTunes. Eventually I cleaned up a pair of floor speakers and we got a new turntable. But For anything non-vinyl I still had to plug my phone into the receiver using a good old-fashioned aux cable.

See, I could never bring myself to splurge on a Sonos system. I didn't want to buy completely separate speakers just for streaming audio. And the $349 Sonos Connect is a tough sell.

But at just $35, the Chromecast Audio was a tenth of the price. I immediately bought one for myself. (And one for my father, so he could stop relying on a crappy iPod dock plugged into his phone's headphone jack.) And frankly, few things have changed the way I listen to music quite as much.

Obviously, I could now listen to my Spotify playlists and Google Play library on my stereo, instead of my computer. That alone was great. Having access to lossless music I'd purchased -- and rips of CDs that I'd packed into cardboard boxes -- on a decent set of speakers reminds me how much audio quality can impact your enjoyment of an album. 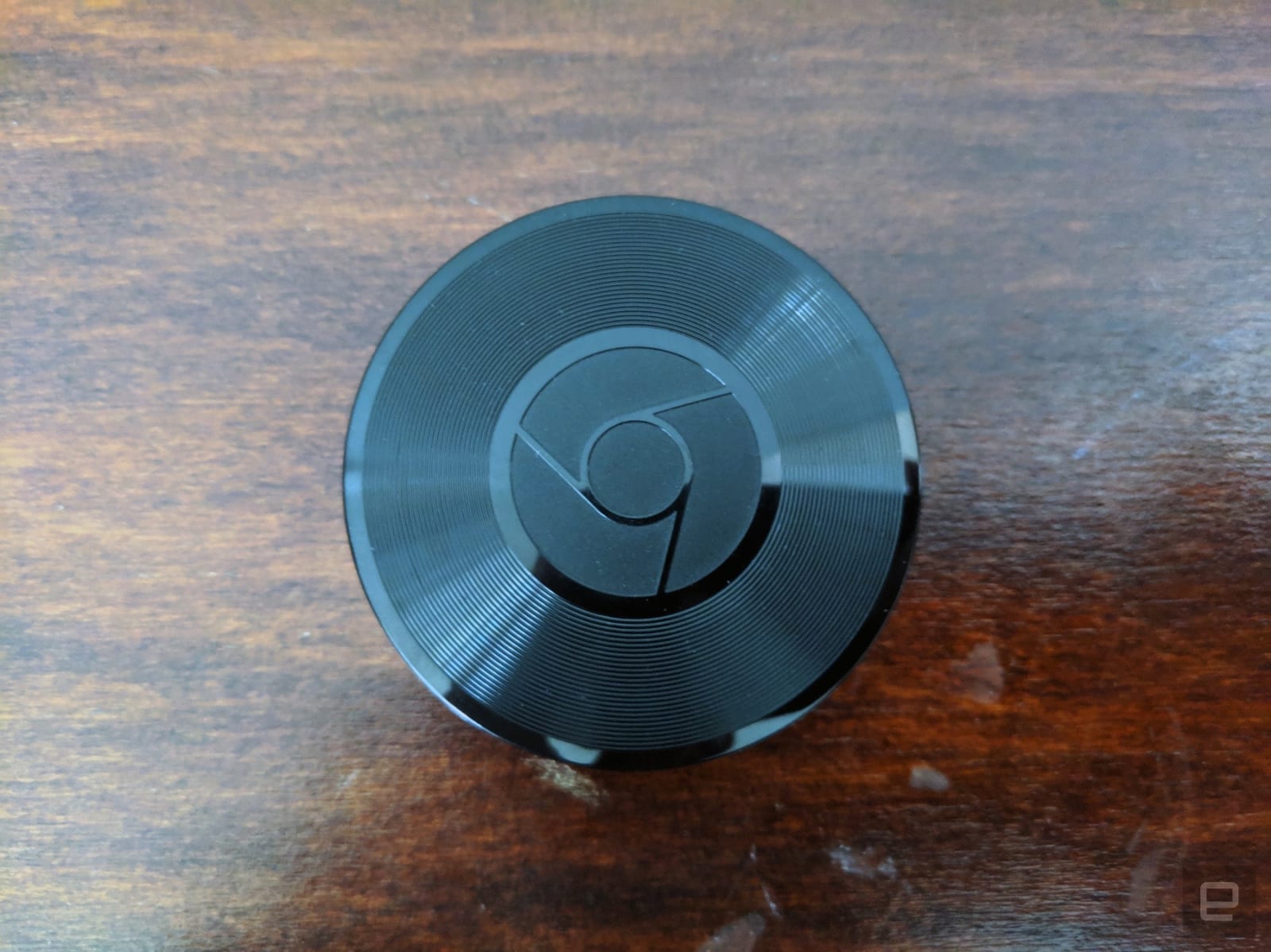 This also meant that my stereo was no longer just for playing vinyl. Now, don't get me wrong, I love my vinyl. But I don't always want to deal with flipping a record and my collection will obviously never compete with the wealth of music available to me on streaming services (Sometimes it's nice to listen to a Mission of Burma album that's not Signals Calls and Marches).

I don't throw a ton of parties (I'm an old man and a dad now), but the Chromecast also makes "DJing" a gathering much easier. I can tweak a playlist, take requests and generally just act on my musical whims without having to walk away from my guests. Plus, it's now possible to expand my stereo and make it part of a multiroom speaker system thanks to the Google Homes I have scattered about my apartment.

Surprisingly, it also was a huge help with my son. As any parent can tell you, babies require a lot of attention. Sometimes they get cranky and fussy, and music is a great way to try and sooth them. But it's really hard to put a record on a turntable while you're rocking a screaming four-month-old. Being able to simply ask Google to "play Bill Withers on the stereo" and fill the living room with the soothing sounds of 'Lovely Day' certainly made things easier.

But now the Chromecast Audio is dead. And I have to hope mine never gives up the ghost. Because now that they've been discontinued, prices for used ones have started to climb on eBay and elsewhere. (New in box ones are fetching around $45 at this point -- $10 more than the original list price.) I can only hope that Google takes pity on stubborn people like me that want access streaming music even on their bulky and aging HiFi.