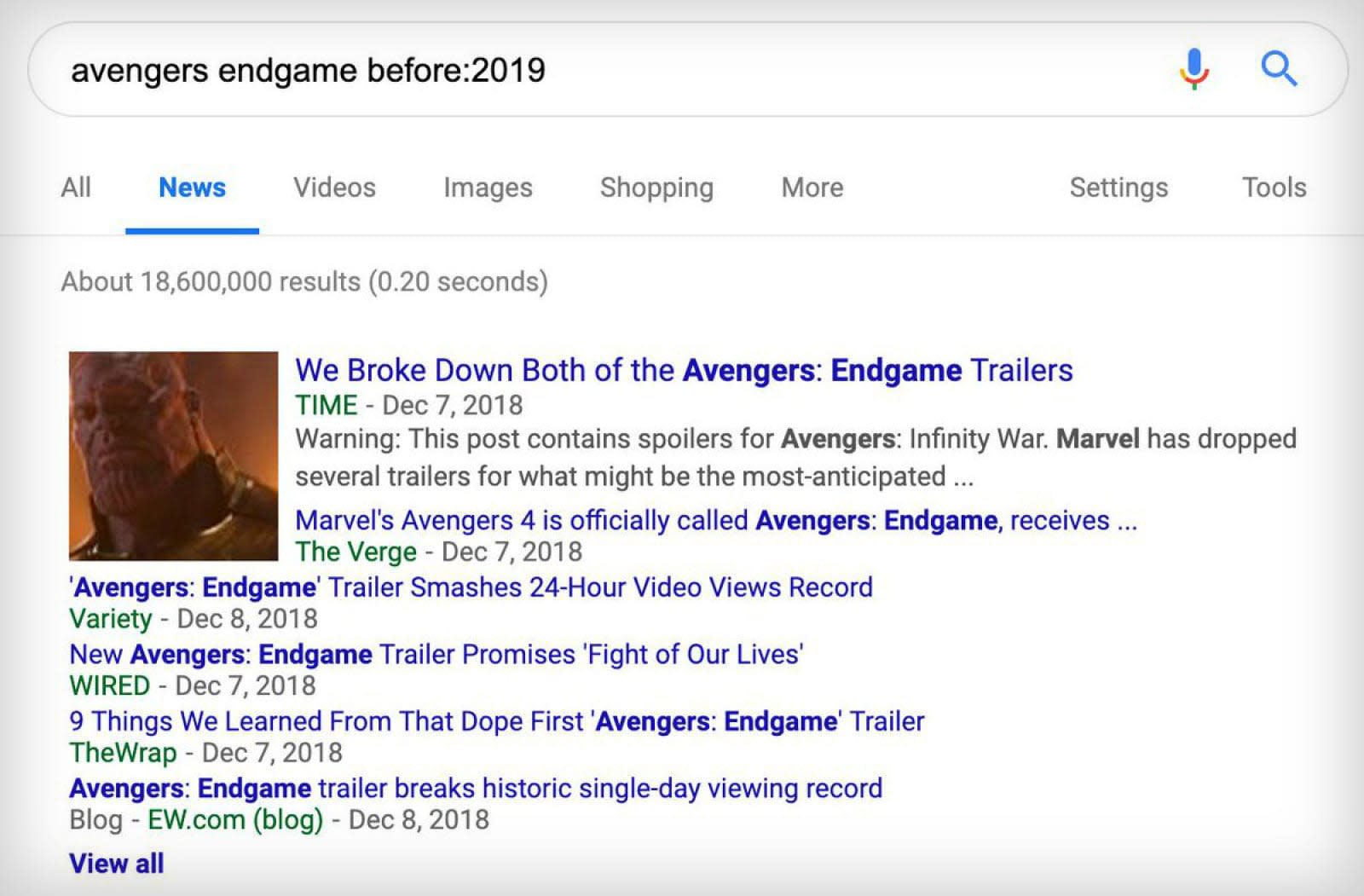 Google is testing the option to filter search results by specific dates from directly within the search box on mobile and the web. Until now, only Google Search desktop users have been able to choose a "from" and "to" time period for results via the custom date range box. Mobile web and app users, meanwhile, were limited to set options including the past hour, 24 hours, week, month, and year. Going back and forth between drop-down tabs and input fields, however, made it a finicky process.

The before: & after: commands return documents before & after a date. You must provide year-month-day dates or only a year. You can combine both. For example:

It's a power move for power users, made even faster if you just enter a year, which Google automatically translates into full dates at the beginning or end of the year. Search can also recognize dates with either dashes or slashes.

Google adds that it's nixing the "sort-by-date" option, except for news search due to lack of use. It may also hide the publication dates of search result pages, though this is still under consideration and won't be applied to the news tab. Blaming a lack of a standard for dates on the web, Google says that by relying on guesswork it risks publishing inaccurate dates. The new features are available in beta now and will roll out widely soon.

When using our existing date filtering tools, a date is always shown for each page listed. Dates are only shown for before: & after: if our systems think they're especially relevant to show. This is a behavior we might change.... pic.twitter.com/Yz83ZEIL0O

In this article: gear, google, Google Search, internet
All products recommended by Engadget are selected by our editorial team, independent of our parent company. Some of our stories include affiliate links. If you buy something through one of these links, we may earn an affiliate commission.