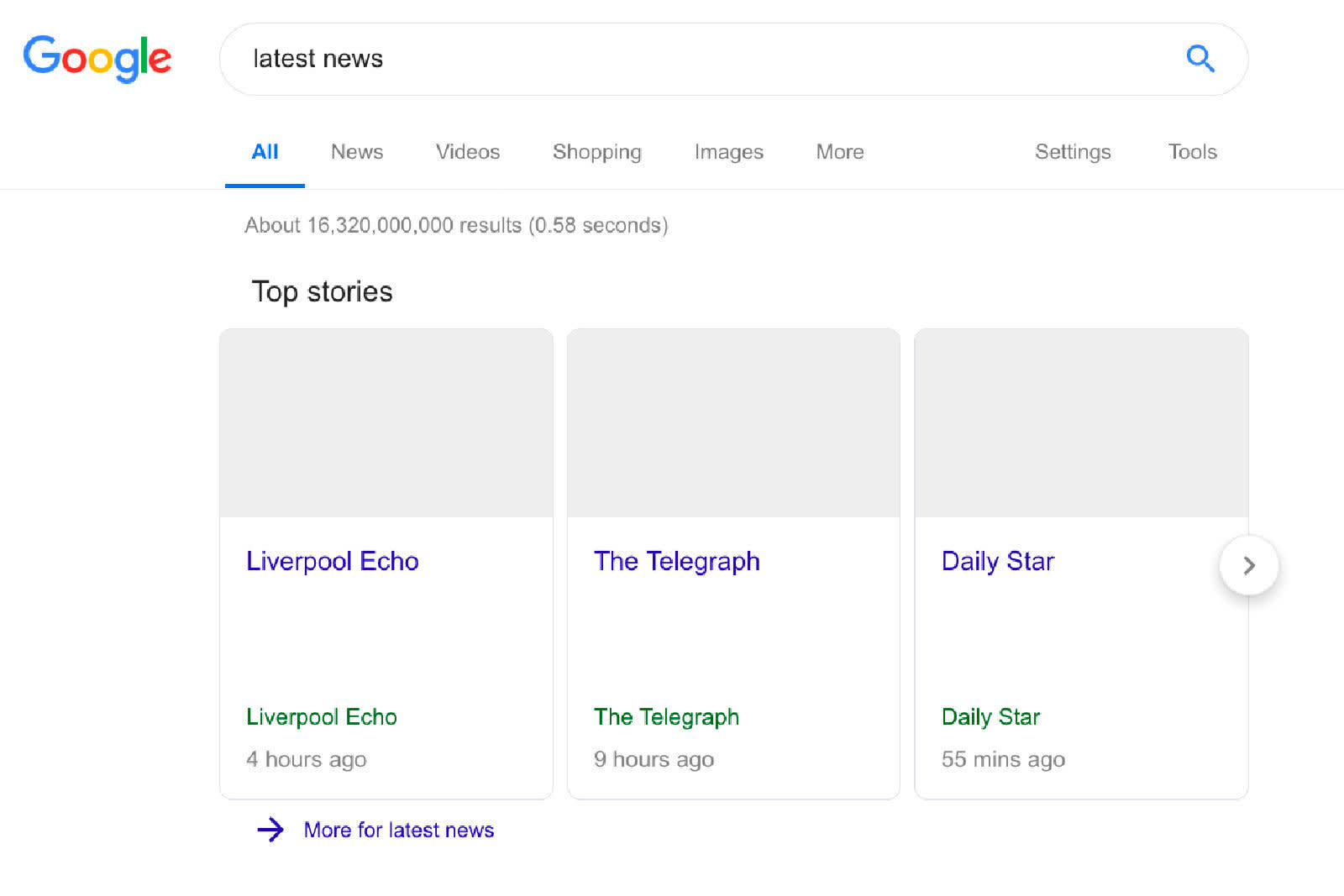 Google hasn't been shy about decrying the consequences of the EU's proposed Copyright Directive. Now, however, it's using stark visuals to illustrate its point. The company recently told Search Engine Land that it was experimenting with a version of its search engine to gauge the "impact" the Directive would have on both users and publishers, and provided screenshots to illustrate this test. The result, according to Google would be rather... empty. As publishers would have the right to demand payment for use of tiny snippets of content under the Directive's Article 11, Google believes it would have to avoid using the content altogether -- that means blank thumbnails and missing preview text.

Google is clearly showing the imagery for political purposes: this is how bad things could get if you let the Copyright Directive go through. It knows the Directive faces its next vote on January 18th at the European Council, and it wants politicians to think twice before greenlighting the Directive without changes. It's consistent with the company's past messaging, though, and it's not completely outlandish when publishers have long complained about Google's use of text and image snippets.

It could be a while before you see these stripped-back results, if at all. Provided the legislation passes the Council, it would still face a definitive vote in March and would take effect in 2021. There's also a chance the language has been softened in behind-the-scenes negotiations, or that Google might continue business as usual with few if any repercussions. If Google suddenly looks like a ghost town in a couple of years, though, you can be sure the company will be the first to say "I told you so."

In this article: copyright, copyrightdirective, eu, europeanunion, gear, google, internet, law, politics, search
All products recommended by Engadget are selected by our editorial team, independent of our parent company. Some of our stories include affiliate links. If you buy something through one of these links, we may earn an affiliate commission.