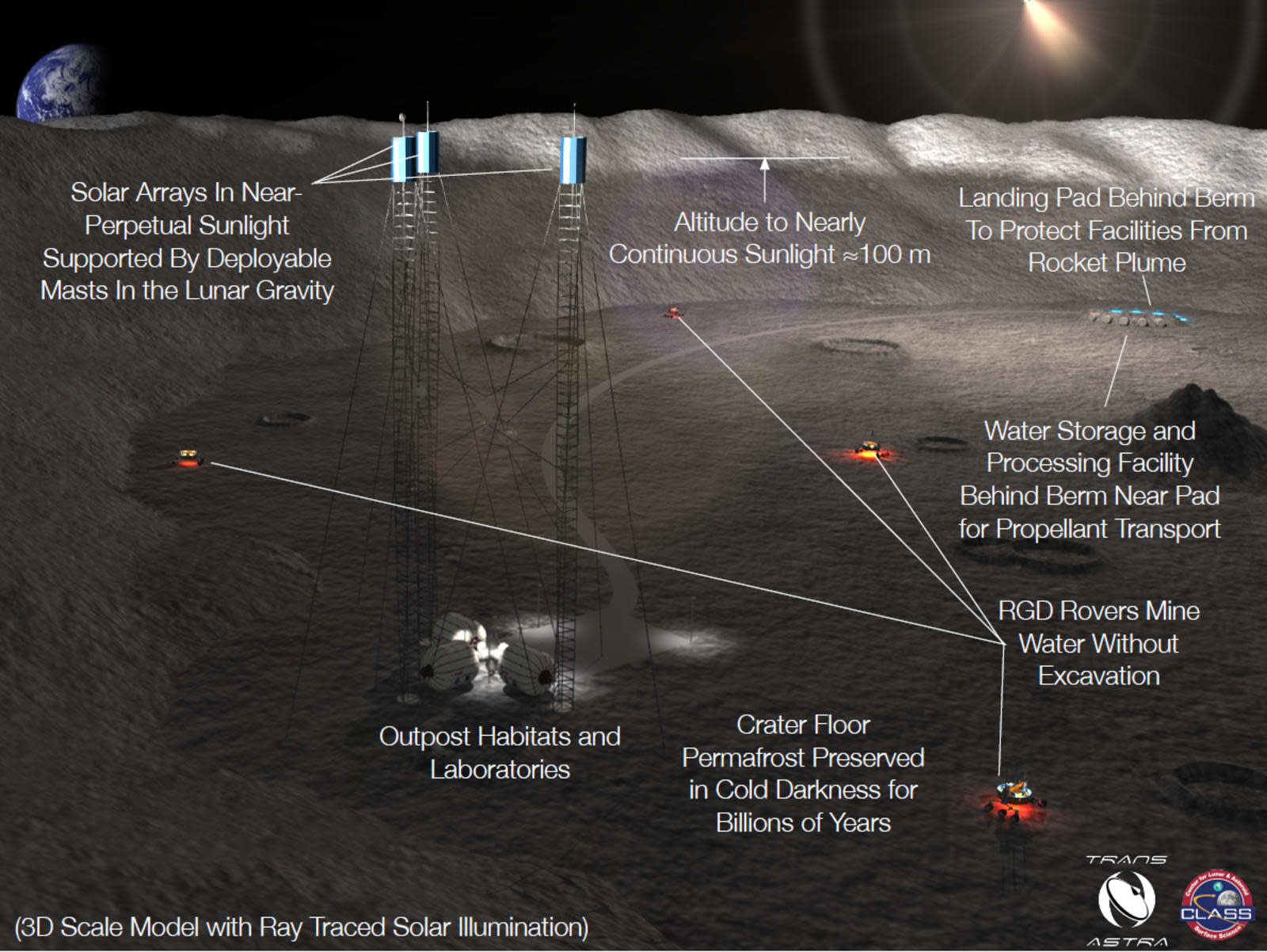 It once required an open mind and an active imagination to believe we could launch humans into space. Now, we take human space flight for granted, but we still need that out-of-the-box thinking to push the boundaries of exploration in this solar system and beyond. That's where NASA's Innovative Advanced Concepts (NIAC) program comes in. It's meant to foster ideas that sound borderline science fiction but have the potential to become new technologies. Today, NASA announced 18 innovative concepts that will receive NIAC funding.

In Phase I, there are 12 concepts, including a smart spacesuit with soft robotics and self-healing skin. There's also an idea for microprobes inspired by spiders that could help us study planetary atmospheres. Other concepts include lunar ice mining outposts (pictured above), an inflatable flier designed to explore the atmosphere of Venus and nuclear electric propulsion systems that might make it feasible to fly through water plumes on the surface of Europa, one of the moons of Jupiter.

NASA also selected six Phase II concepts, which in theory, are a bit closer to implementation. Those include a flexible telescope that can be deployed in a cylindrical roll and mounted on a 3D-printed structure once it's in space. There's also a study to analyze material shields that could take us closer to the Sun than ever before.

Each of the Phase I awards is worth $125,000, and if the ideas show promise after the nine-month feasibility phase, they'll be able to apply for Phase II, which comes with up to $500,000 over two years. This summer, the NIAC program will select one project for a Phase III study worth $2 million. Most of these concepts will require at least a decade of development, so it's not likely we'll see spider-inspired space probes anytime soon.

In this article: gear, robots, space, tomorrow
All products recommended by Engadget are selected by our editorial team, independent of our parent company. Some of our stories include affiliate links. If you buy something through one of these links, we may earn an affiliate commission.