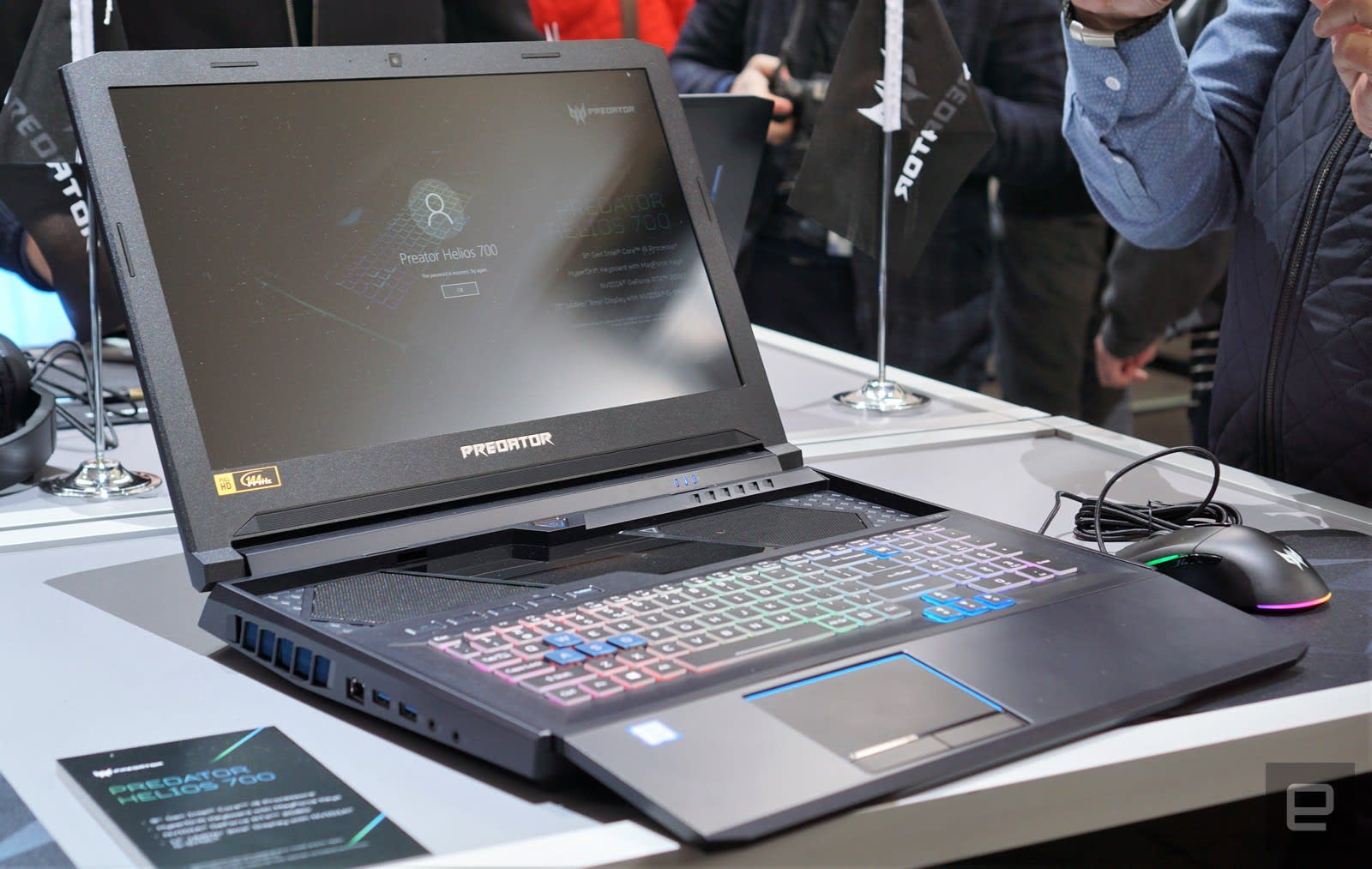 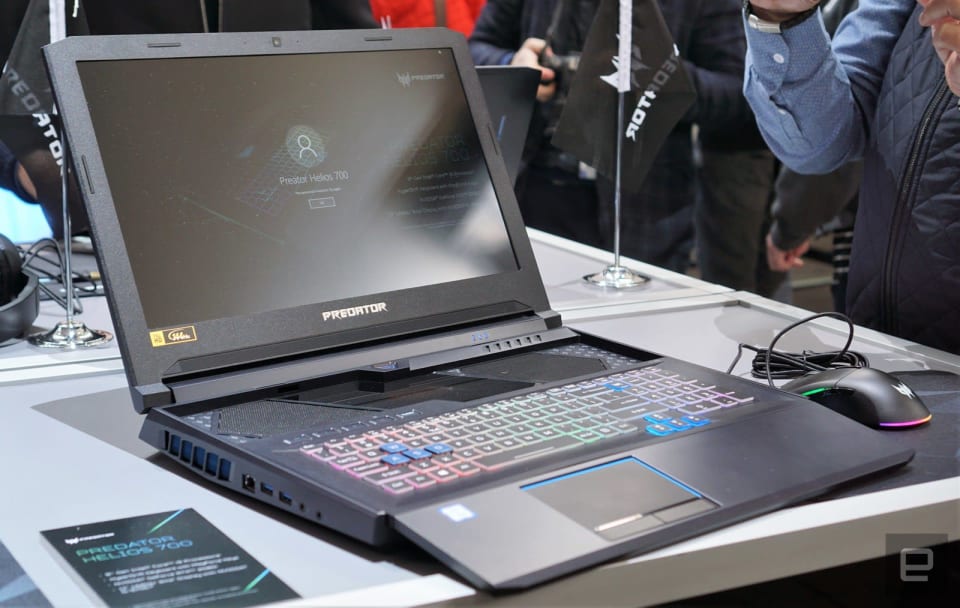 At first glance, the Acer Predator Helios 700 looks like a chunky gaming notebook. But when you lay your hands on the palm rest and pull it towards you, the keyboard effortlessly slides out. It not only looks impressive, it's a helpful feature that improves cooling, since moving the keyboard forward lets the fans bring in more air. And it also places the wrist rest at an angle, which makes it more ergonomic for your hands to lay on.

Based on my brief hands on time with the Helios 700 at Acer's launch event, the sliding keyboard worked pretty well. It doesn't take much effort get the keyboard to come down, and it was even easy to do one-handed. I'm worried about its durability, though. The keyboard tray feels flimsy compared to the rest of the laptop, which is practically built like a tank. Since it's something you'll be using several times a day, I hope Acer stress tested the heck out of the slider.

Unfortunately, I didn't get to play any games on the Helios 700, or even log into Windows. But the keys feel comfortable, with a solid amount of travel and responsiveness. And you won't have to worry about the Helios 700 keeping up with modern games, based on the hardware alone. It's powered by Intel's upcoming 9th generation laptop CPUs, as well as either NVIDIA's RTX 2070 or 2080 GPUs. That's certainly enough to get high frame rates on the 17.3-inch 1080p display, which also features a smooth 144Hz refresh rate and low 3ms response time.

The Helios 700 sliding keyboard is pretty wild: Comes out easily and totally opens up the fans pic.twitter.com/teBNy5otxx

As you'd expect, it's a hefty machine. Acer didn't provide exact weight, but it felt like it was more than 10 pounds when I picked it up. There's also a "Turbo" button on the keyboard, which instantly spins up the fans and overclocks the machine. That's something I wish more gaming laptops had, since I don't always want to stress my components if I'm just browsing the web.

The Helios 700 is definitely targeted at gamers who want power over convenience. Now that gaming laptops are getting thinner, lighter and more powerful, the Helios 700 might seem like a risky move for Acer. But just like Alienware's Area 51m, there might be something to gain by building something for the most hardcore users. The Predator Helios 700 will arrive in July starting at $2,700.

In this article: acer, gadgetry, gadgets, gaming, gaming laptops, gear, Helios 700, personal computing, personalcomputing
All products recommended by Engadget are selected by our editorial team, independent of our parent company. Some of our stories include affiliate links. If you buy something through one of these links, we may earn an affiliate commission.