Acer's Helios 700 gaming notebook sports a keyboard that slides out

Acer's Predator Helios 700 does something we've never seen before in a gaming laptop: Its keyboard slides out towards you, almost like a desktop.That both helps with cooling, and makes it more ergonomic. As the company's latest flagship gaming notebook, it also has all of the hardware you'd expect: NVIDIA's RTX 2070 or 2080 GPUs, and Intel's upcoming 9th generation laptop CPUs (which still haven't been officially announced).

This isn't the first unique gaming notebook we've seen from Acer: Back at CES, we also saw the Predator Triton 900, which has a unique hinge for flipping the display. The Helios 700 is also reminiscent of ASUS's ROG Mothership and its unique detachable keyboard. It's interesting to see PC companies transforming how users interact with their keyboards. It's especially important for gaming, since a more comfortable keyboard could mean the difference between taking a headset in in an Apex Legends showdown, or emerging triumphant.

Acer also added the Nitro 7 to its gaming lineup today: A sleeker mid-range notebook that's even thinner than the Nitro 5. It'll also feature Intel's 9th generation laptop chips, as well as NVIDIA's latest GTX graphics (not the more powerful RTX). That makes the Nitro 7 a better option for someone who's mainly focused on fast 1080p gaming. Acer didn't specify which GPUs it'll be using, but a recent leak pointed to the GTX 1660 Ti and the GTX 1650, which NVIDIA hasn't announced yet. 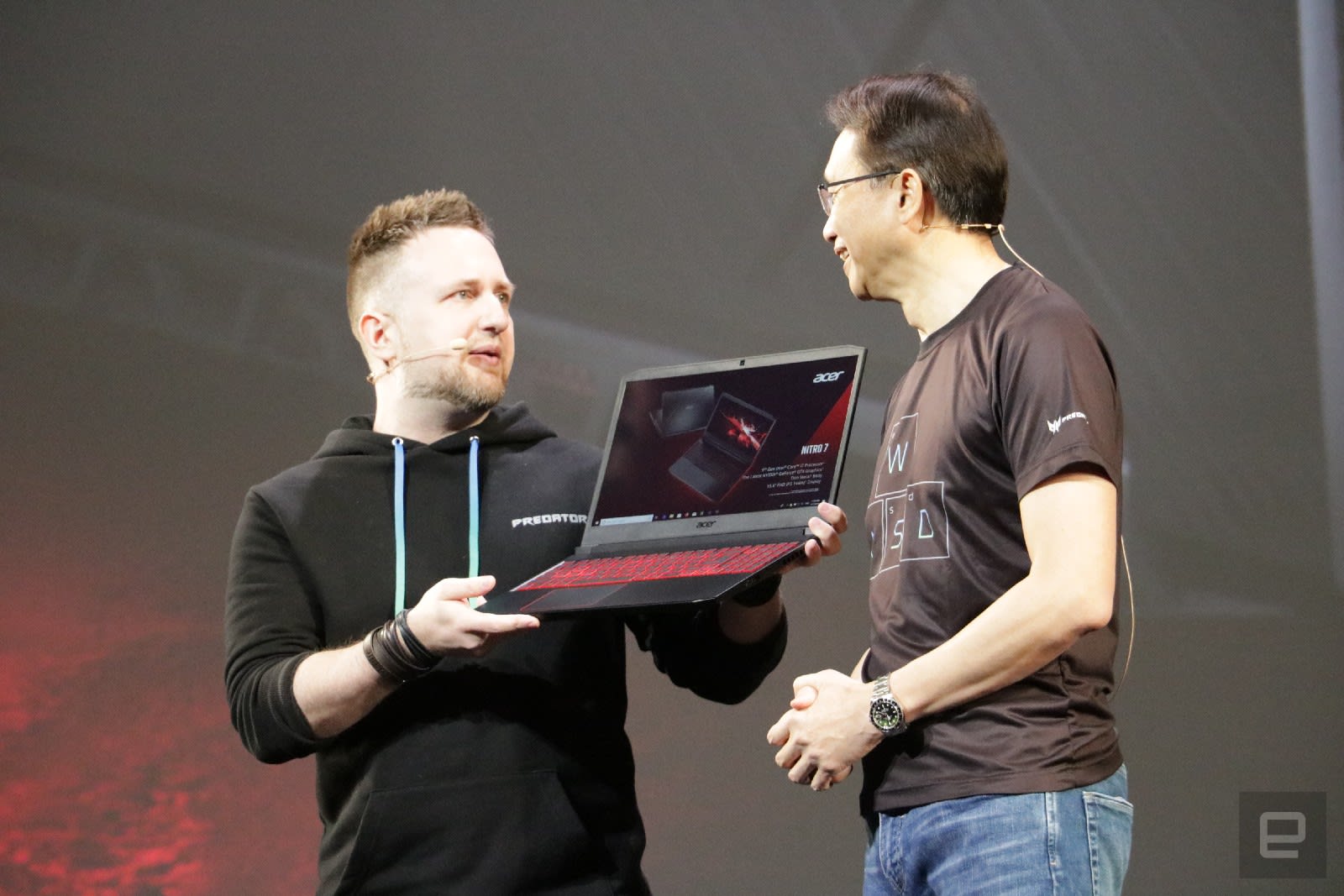 With all of this new hardware comes some expected refreshes for Acer's popular Nitro 5 and Helios 300. They're both getting Intel's upcoming CPUs, while the Nitro 5 will sport GTX GPUs and the Helios 300 will get NVIDIA's RTX 2070 Max-Q GPU. There aren't any design changes for these models from last year, but the new hardware should help them maintain their popularity among gamers. And as a final surprise, Acer also unveiled a new 43-inch 4K monitor, which features a speedy 144Hz panel and adaptive sync.