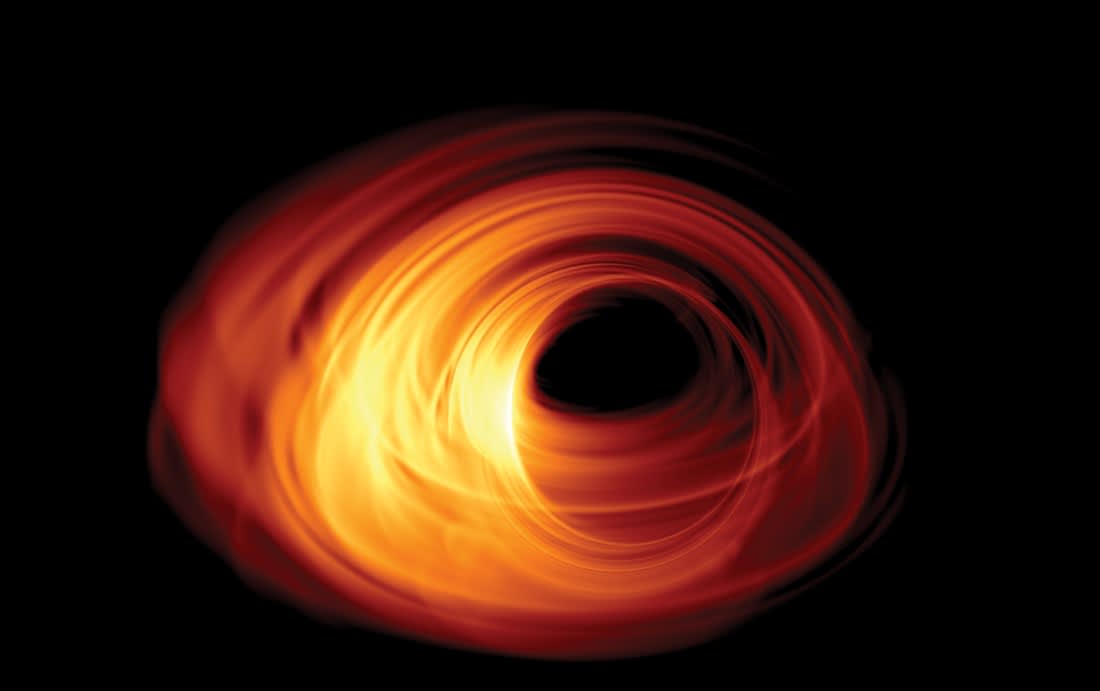 Hey, you want to see a black hole? Now you can. Also, SpaceX is about to attempt something you've just got to watch live (the view of two booster rockets landing in perfect sync is amazing), and the House of Representatives is trying to save net neutrality.

Gotta put it on Instagram.This is the first real picture of a black hole 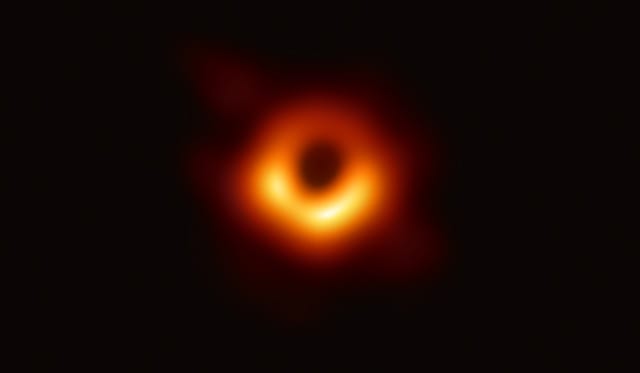 After years of relying on computer-generated imagery, scientists using the Event Horizon Telescope have captured the first real image of a black hole. The snapshot of the supermassive black hole in the Messier 87 galaxy (about 55 million light years away) shows the "shadow" created as the event horizon bends and sucks in light.

The image required connecting eight existing high-altitude telescopes, including ones in Chile and Antarctica, to reach an angular resolution high enough to capture such a relatively compact object (the event horizon is "just" 24.9 billion miles across) at an extreme distance. Supercomputers at the Max Planck Institute and MIT's Haystack Observatory had to combine "petabytes" of raw data from the telescopes. 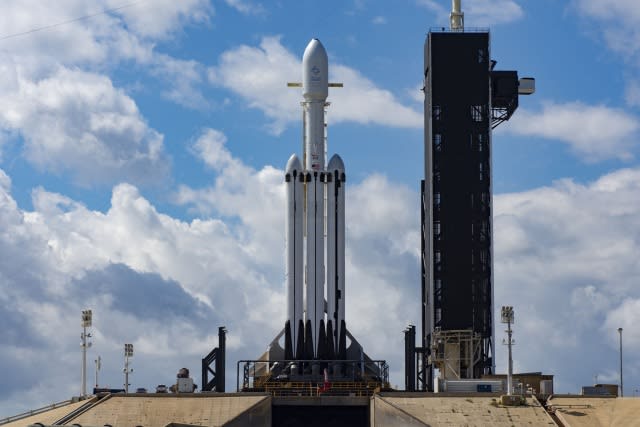 Last year, SpaceX finally launched its massive Falcon Heavy rocket for the first time. While the plan to return all three of its boosters fell just short of success, today the company will try again, and, as usual, you can watch a live stream of the attempt right here. A launch attempt Wednesday night fell through due to high atmospheric winds, but another window opens Thursday evening between 6:30 and 8:30 PM ET.

So, about that...Amazon Go stores will start accepting cash 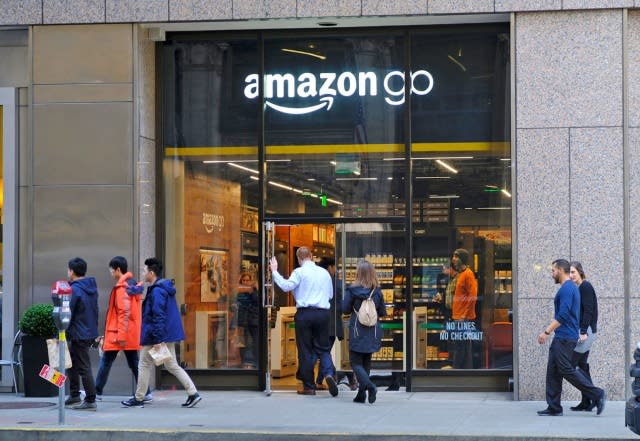 The company hasn't released any details or a timeline, but this may be in response to accusations that cashless stores discriminate against people without bank accounts or smartphones -- or people who have poor credit. Last month, Philadelphia became the first US city to ban cashless stores. New York, San Francisco, Chicago and Washington, DC, are considering similar legislation, and Massachusetts and New Jersey now prohibit cashless businesses. 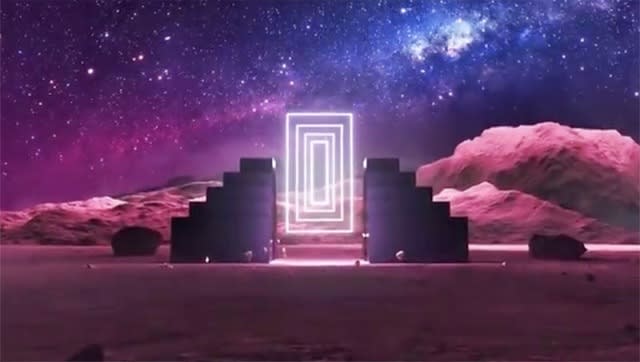 First, the musician will host a "Brighter in the Dark" festival experience designed to show off the Pixel 3's Night Sight capabilities. Then, after Childish Gambino's Coachella set ends late Friday night / early Saturday morning (all streaming live on YouTube, of course), Amazon Prime Video will stream his new movie Guava Island -- and for the first 18 hours, it's free.

We can't get enough of scams.Hulu orders 'The Dropout' Theranos miniseries from Kate McKinnon

The show would be produced by and star Saturday Night Live veteran Kate McKinnon and would have its roots in a similarly titled podcast that was turned into a 20/20 documentary in March.

It's also adding new channels including the Discovery networks.YouTube TV costs $50 per month after another price hike 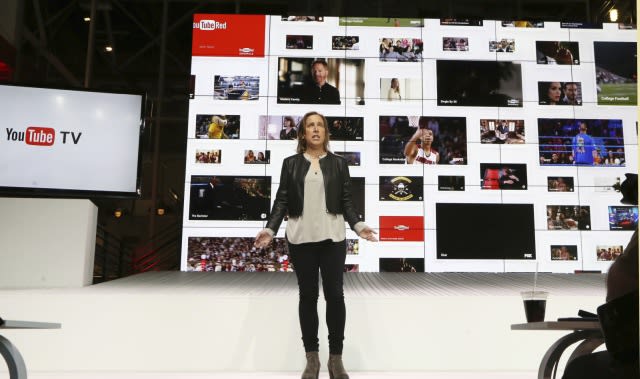 The Google-owned service has announced it's raising the base monthly price to $50 ($55 if you subscribe directly through an Apple TV), effective immediately for new subscribers and from May 13th onward for existing customers.

The team behind 'Oxenfree' is back with a new game coming later this year.Flirt with Satan, but not your best friend, in emo adventure 'Afterparty' 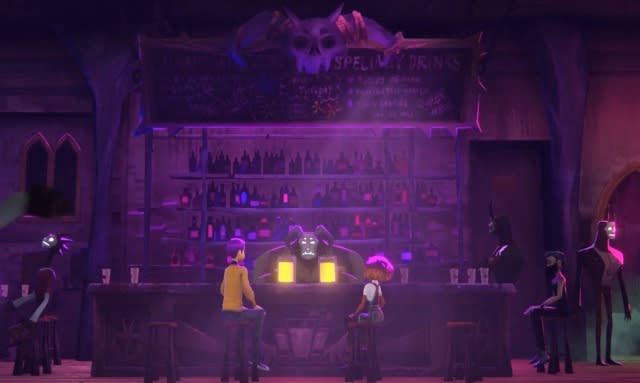 In the coming narrative-adventure game from Night School Studio, the Prince of Darkness is hosting a rager on the outskirts of hell's waiting room, a city where fresh corpses are processed before being shipped off for an eternity of torture. There's a standing challenge for anyone who passes through: If you can outdrink Satan, you get to return to Earth. That's where the main characters Lola and Milo come in.

According to Night School co-founder Sean Krankel, "The thing we don't talk about in the press that much is that the game is about the nature of friendship. The ups and downs of that, and managing what it is like to be in a long-term relationship with somebody, and how maybe you backstab them and stuff."

In this article: av, entertainment, gadgetry, gadgets, gaming, gear, internet, personal computing, personalcomputing, politics, space, themorningafter
All products recommended by Engadget are selected by our editorial team, independent of our parent company. Some of our stories include affiliate links. If you buy something through one of these links, we may earn an affiliate commission.