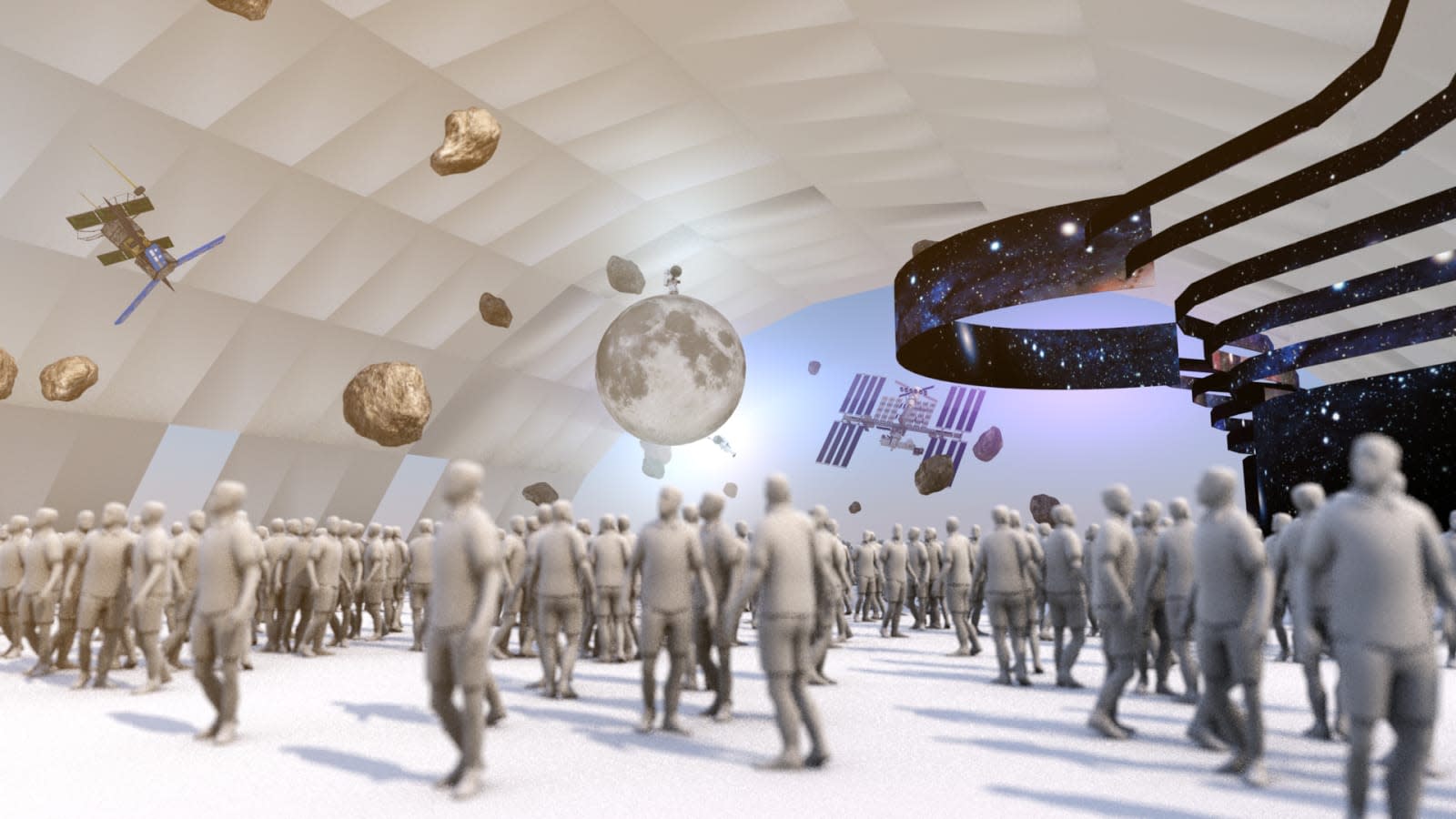 Usually watching a concert through your phone is frowned upon. At Coachella this year, it's encouraged. The annual music festival is turning its Sahara Tent stage into an augmented reality experience. Members of the audience will be able to hold their phones up between performances and see space-themed AR elements interact with the stage and audience. The AR filters will be available through the Coachella app during both weekends of the festival, April 12-14 and April 19-21.

While attending shows in the Sahara Tent, show-goers see a countdown clock on a major screen that will alert them when the AR experience is available. At that point, they will able to pull up Coachella Cameras from within the Coachella app, point their phones at the screen and see the AR action. Attendees will be able to flip through a variety of filters that will pop up during the changeover between sets and during performances. The app will generate planetary objects, space stations, astronauts and other elements. You'll have to be in attendance see the AR objects, concert goers will be able to save videos and photos of what they see through the Coachella Cameras. If you'd rather see the concert in boring, old-fashioned regular reality, you can watch it live on YouTube -- or just keep your phone in your pocket and enjoy the show.

In this article: ar, augmented reality, coachella, coachella app, coachella cameras, entertainment
All products recommended by Engadget are selected by our editorial team, independent of our parent company. Some of our stories include affiliate links. If you buy something through one of these links, we may earn an affiliate commission.