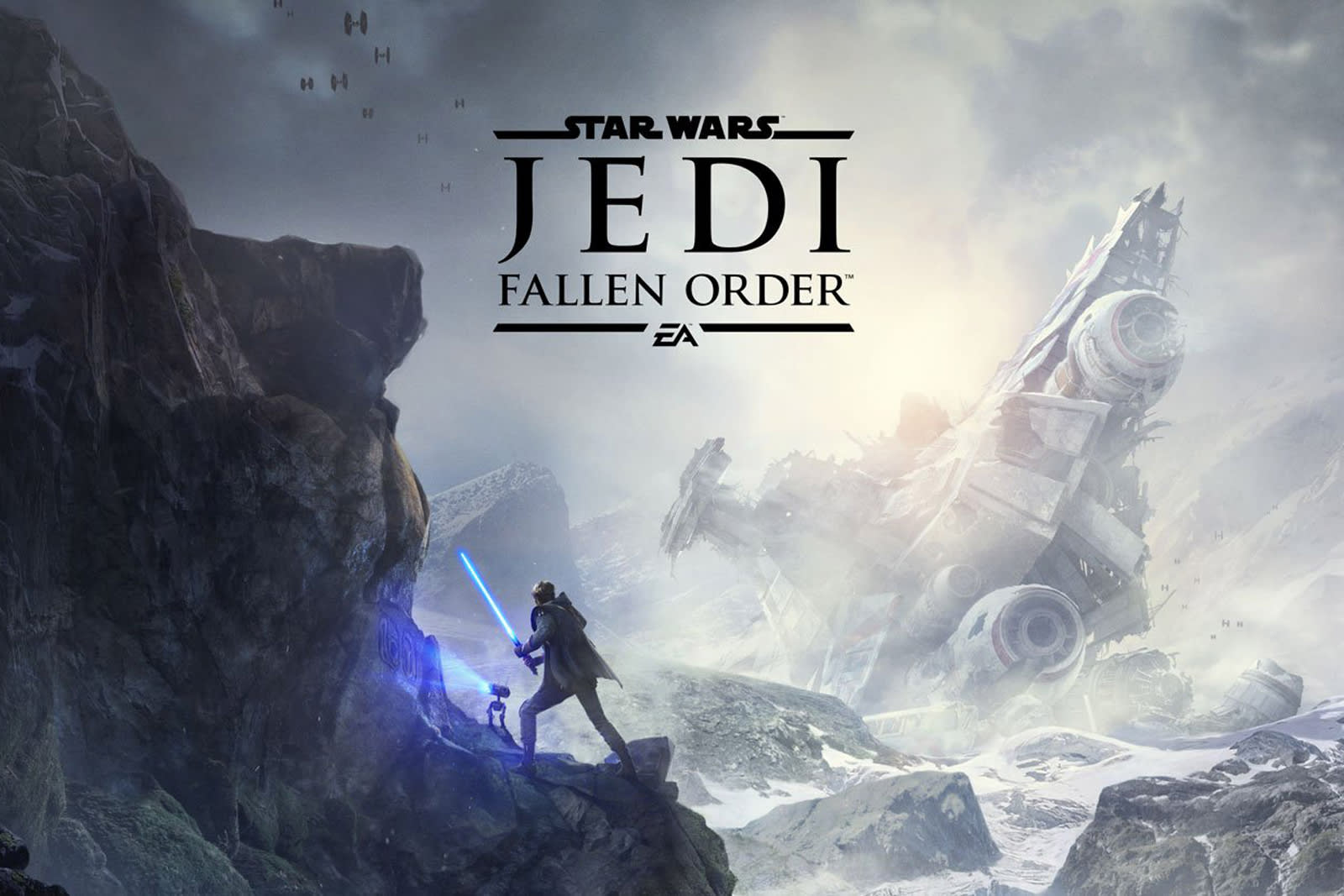 Respawn has pulled back the curtains on Star Wars Jedi: Fallen Order after months of teases. The single-player game is now due to launch on November 15th and follows Cal Kestis, a Padawan trying to survive Emperor Palpatine's command to execute the Jedi -- including the Inquisitors hunting the last remnants of the once-great order. He starts as a scrapper trying to keep his head down, but he's invariably roped into a larger story and learns to embrace his Force powers instead of keeping them suppressed.

The company hasn't shown off gameplay just yet. However, it's teasing an "innovative" combat system with melee combos and, of course, lightsabers and Force powers. You'll also need to rely on some acrobatics to counter enemies and solve the puzzles in your way. There will be a mix of new and "iconic" places, equipment and foes, including Purge Troopers that help the Inquisitors investigate the Jedi.

It should be available for PC, PS4 and Xbox One.

Respawn is eager to avoid the pitfalls that have clouded EA's earlier Star Wars titles. This is strictly a single-player game, and there are no microtransactions. You won't be goaded into buying new skins for Cal or your droid (BD-1, if you're curious). It's a bit of a departure for Respawn given its reputation for multiplayer-first games like the microtransaction-laden Apex Legends, but then Titanfall 2 is widely considered a cult hit for its storyline. That strong pedigree bodes well.

In this article: av, ea, games, gaming, personal computing, personalcomputing, ps4, respawn, respawn entertainment, star wars, star wars celebration, star wars jedi fallen order, video, xbox one
All products recommended by Engadget are selected by our editorial team, independent of our parent company. Some of our stories include affiliate links. If you buy something through one of these links, we may earn an affiliate commission.