An evolutionary leap for the company.

My riding companions ask me what type of ride I want to go on.

This is my first time on Zero's new SR/F motorcycle (starting at $18,995). It's a new design for the company. The motor is new. The controller unit and operating system are new. Even the display is new. Plus, I'll be riding on roads I've never even seen. I reply "casual" but 20 minutes in, I wish I had said "aggressive."

Zero has been building electric motorcycles for 13 years. In that time they've gone from putting out less-than-optimal vehicles with electric powertrains bolted in, to great bikes that just happen to be electrified.

In the past few years, the company has had a predictable roadmap. Every 12 months it would upgrade the motors and extend the range of its line up. The bikes continued to look about the same while the guts were improved. But the SR/F is something different and it's more than just its design.

While riding in the mountains above Santa Cruz, California I'm impressed by just how smooth the acceleration is. You twist the accelerator and it responds with the expected torque of an electric motor, but the system has been polished. It doesn't take away from the experience of riding an electric bike. If anything it makes it better.

That has to do with Zero's Cypher III operating system and Bosch's Motorcycle Stability Control. But it's more than just acceleration, it also controls how the bike reacts to different road surfaces and riding styles. It's taken its riding to another level. The motorcycle maker even added a Rain mode to the bike. A first for its lineup and a welcome sight for anyone that rides daily and has to deal with precipitation. During my tests with cornering, gravel, and a light smattering of rain, the bike tackled those obstacles and replied with grace.

What's great is that none of this takes away from the almost instant speed of riding a Zero motorcycle. The SR/F has 140-foot-pounds of torque and 110 horsepower. So when you twist that grip, you're moving fast. Very fast. 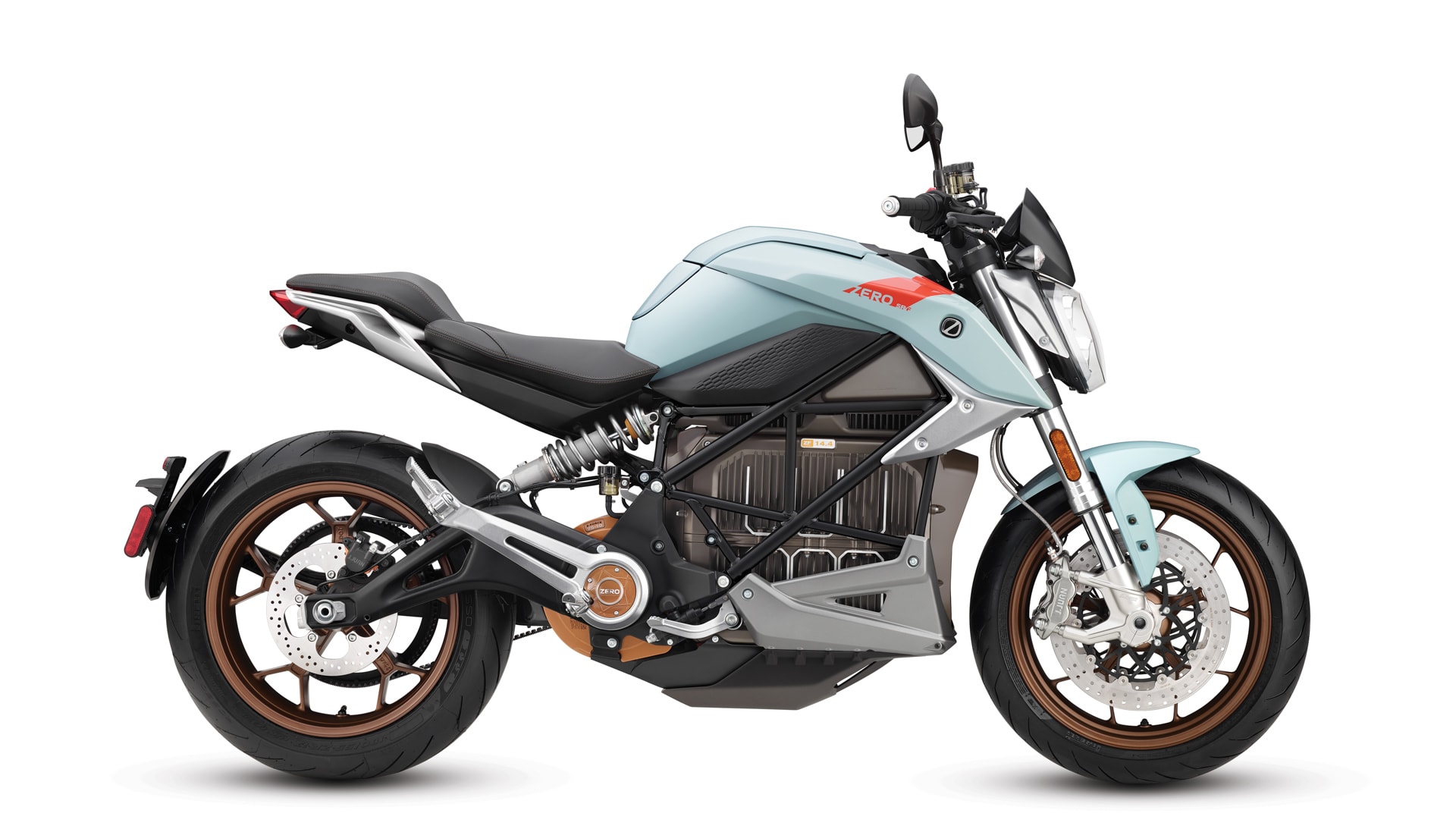 And that's what I wanted from my ride. After 20 minutes, I realized how quickly I was able to get a feel for it and I began to wonder while linking turns through the woods if it would seem weird to pass my companions. The seating position (31 inches) was a little low for someone of my height, but Zero plans on offering a seat that raises that about an inch. For shorter riders, a seat will be available that lowers the height about three-quarters of an inch.

After a few hours on the SR/F, I was still ready for more riding and so was the bike. The motorcycle has a city range of 161 miles and highway range of 99 miles. Throw on the optional Power Pack and Zero says the bike will go up to 200 miles between charges. The SR/F is also the first Zero to come with a Level 2 charger standard. You know, the kind you find in electric cars. It'll support charging speeds up to 3kW standard and 6kW if you pony up for the Premium model that includes heated grips, aluminum bar ends and a fly screen starting at $20,995.

Regardless of which model you ride, the bike comes with the new color 5-inch TFT LCD display. It's easier to read than the monochrome display on its other bikes and even in bright sunlight and with polarized sunglasses on, I had no trouble with visibility. In addition to looking better, the bike also has a wireless connection (free for the first two years). It supports over the air updates and can be used to find the bike and control the powertrain and stability control with the companion app. 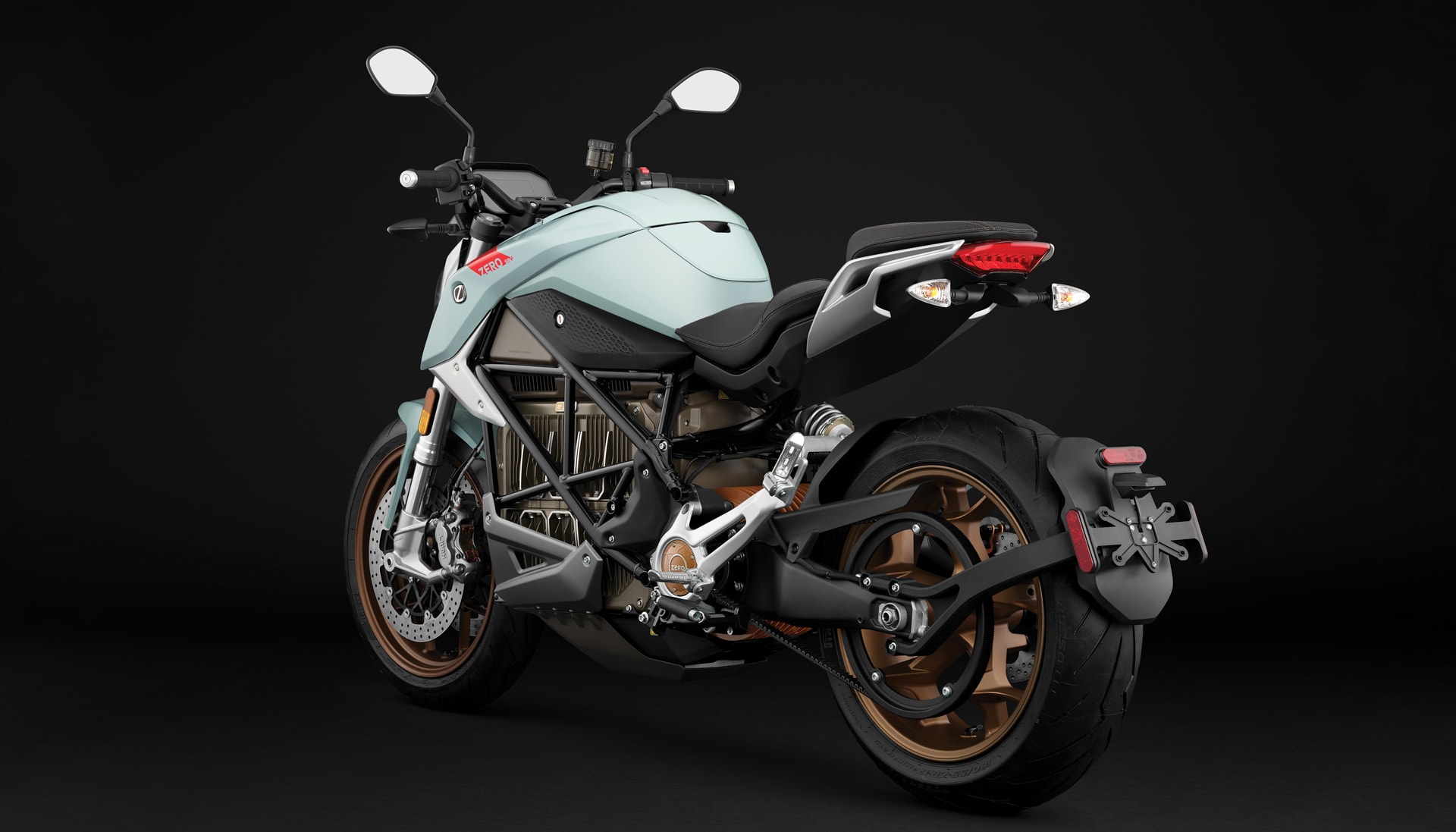 Then we come to the design and frankly, it's a looker. The company has deviated from its previous design language with something outstanding. The design team wanted to highlight that it was an electric motorcycle going so far as accenting the motor. It's a "naked" bike that'll be at home next to Ducatis and Aprillas.

The SR/F looks great and rides even better. With that, the argument for electric bikes just got stronger. It's a more refined motorcycle from a company that continues to impress with its offerings. This new bike is an evolutionary jump in its history and hopefully next time I'm on it, I can get a bit more aggressive.