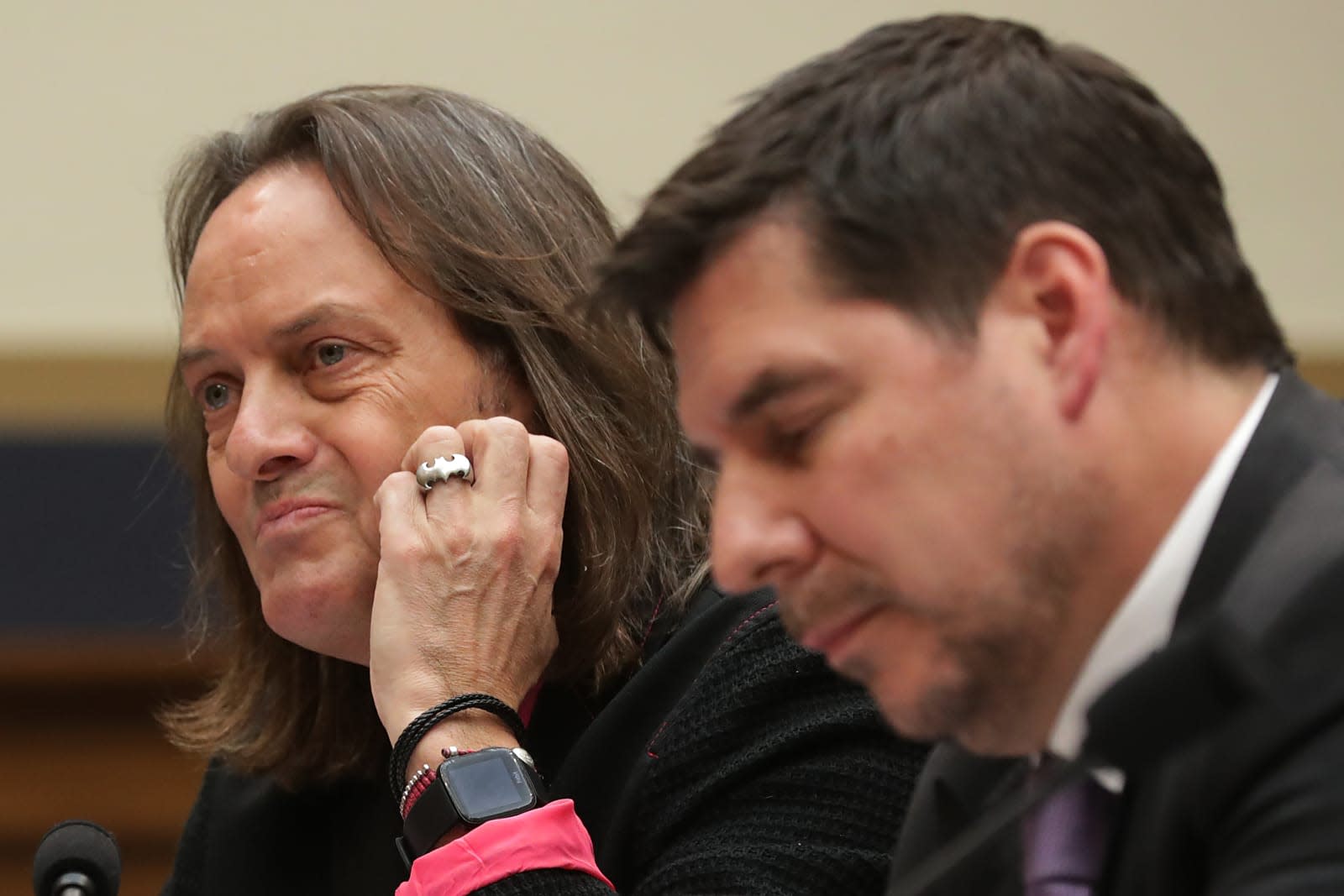 So much for T-Mobile and Sprint enjoying a smooth merger. Wall Street Journal sources say the Department of Justice has told the carriers that their $26 billion union is "unlikely" to receive approval under its current structure. While the particular objections aren't available, DOJ offcials reportedly questioned claims that the merger would create "important efficiencies."

State antitrust officials also have qualms with the merger, according to one of the WSJ's tipsters. The FCC is on record as having questions about both the claimed cost savings and their plans for wireless home broadband.

T-Mobile and Sprint didn't have an immediate comment on the apparent leaks.

If the report proves true, it could signal major trouble for the merger. The networks had hoped to complete their corporate matrimony before July (after previously aiming for April). If they have to make substantial changes like selling business assets, they might have to wait considerably longer. And that's assuming they're willing to change the agreement in the first place. Should they feel the requests go a step too far, they might repeat history and scrap the merger effort altogether.

In this article: department of justice, doj, gear, government, justice department, merger, mobile, politics, regulation, sprint, t-mobile, TL19TMOMERG, wireless
All products recommended by Engadget are selected by our editorial team, independent of our parent company. Some of our stories include affiliate links. If you buy something through one of these links, we may earn an affiliate commission.