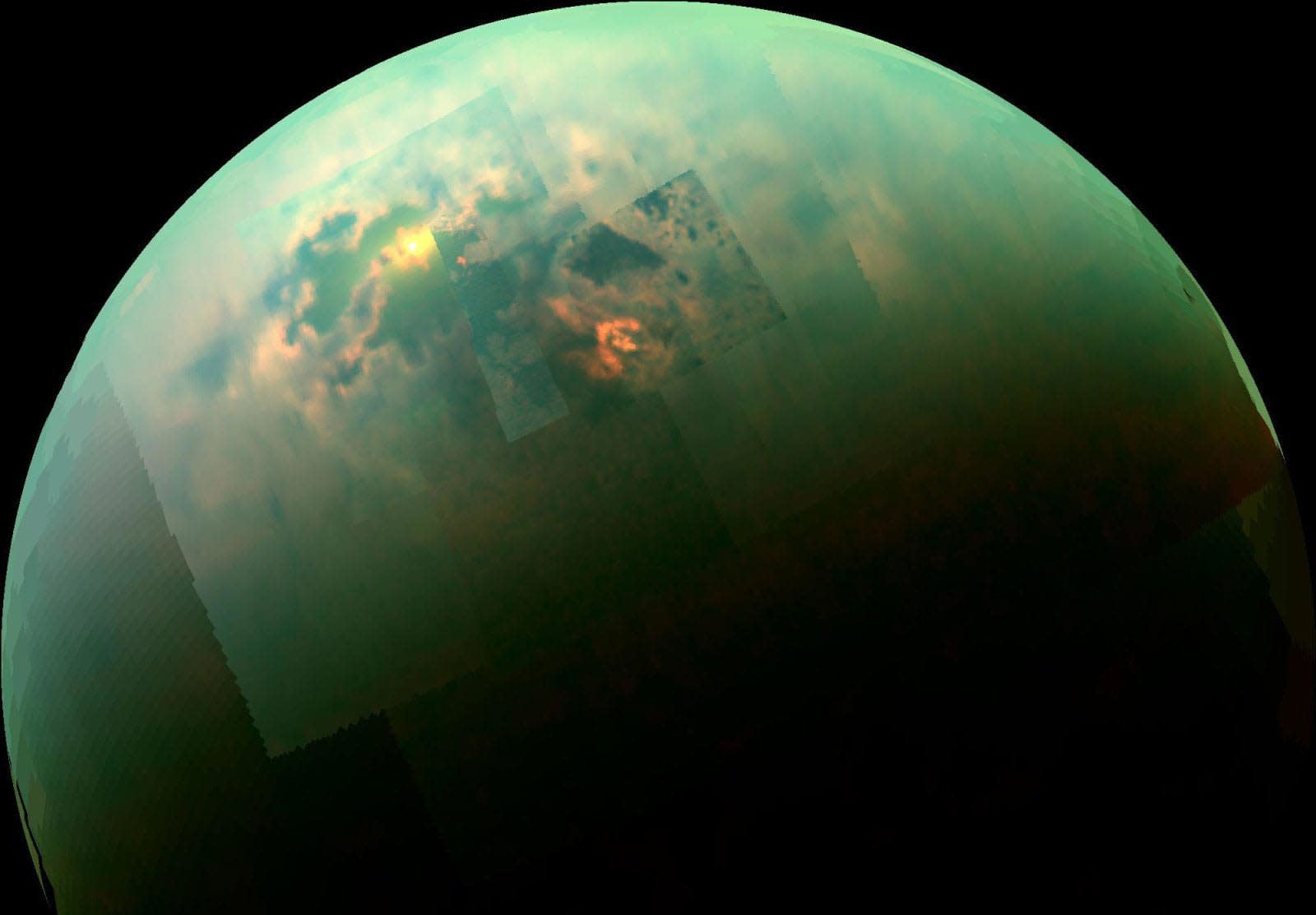 NASA's Cassini-Huygens spacecraft made its fateful plunge into Saturn's atmosphere in 2017, but scientists are still using the data it sent home to make surprising discoveries. Two papers published in Nature Astronomy reveal new information about the lakes on Titan, Saturn's largest moon. The small liquid lakes in Titan's northern hemisphere are more than 100 meters deep, perched atop plateaus and filled with methane. They also appear to be seasonal. And the bodies of liquid on one side of the northern hemisphere are completely different than those on the other side.

Scientists knew the moon's larger northern seas were filled with methane, but they were surprised to find the smaller lakes are also mostly made of methane. New radar measurements confirmed the lakes are just tens of miles wide but more than 100 meters deep, and they sit on plateaus hundreds of feet above the surrounding landscape. There are also shallow lakes that seem to come up and go with the seasons, which are much longer given that it takes almost 30 Earth years for Titan to travel around the sun. And the lakes on Titan's eastern side are vastly different than the big seas with low elevation, canyons and islands on Titan's western side.

The data was gathered during Cassini's final close flyby of Titan on April 22, 2017. On that day, its mission was to look at the moon's smaller lakes, and it did so, in part, by collecting echoes from their surfaces. "This was Cassini's last hurrah at Titan, and it really was a feat," said Cassini scientist Jonathan Lunine. The craft spent 20 years traveling through space and 13 years studying Saturn and its moons. This isn't the last we'll learn from its voyage.

On Titan, the mysteries run deep. During its final flyby of Saturn's giant moon, Cassini revealed that some of Titan's methane lakes are surprisingly deep and perched atop hills. Learn more: https://t.co/39BS2VyLAQ pic.twitter.com/MjhXYynzpu

In this article: cassini, data, lakes, methane, moon, nasa, nature astronomy, saturn, space, titan, tomorrow
All products recommended by Engadget are selected by our editorial team, independent of our parent company. Some of our stories include affiliate links. If you buy something through one of these links, we may earn an affiliate commission.