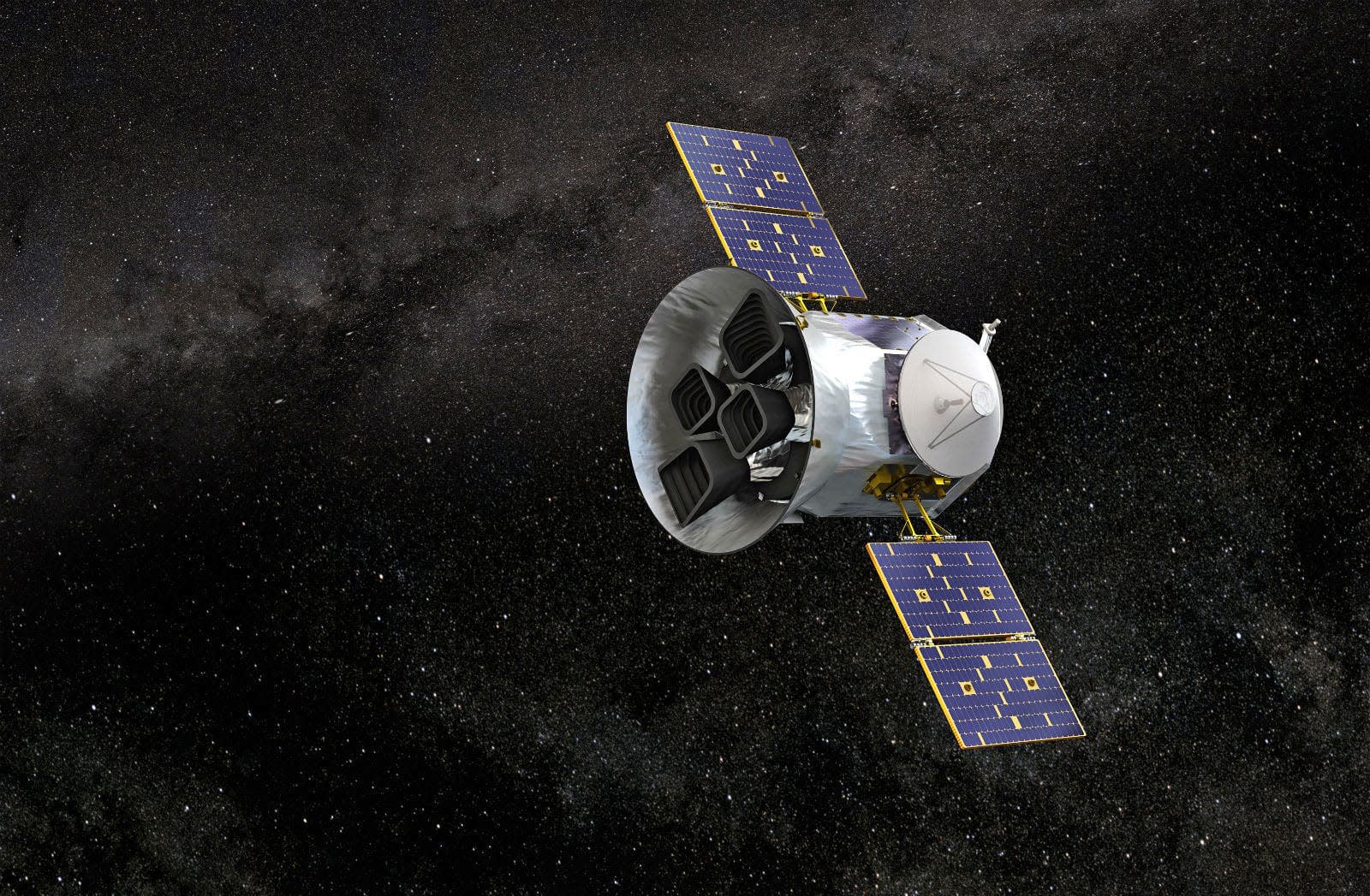 One year after its launch, NASA's TESS (Transiting Exoplanet Survey Satellite) discovered its first Earth-sized exoplanet. Named HD21749c, the planet orbits a star just 53 light-years from Earth and is likely rocky but uninhabitable. The findings -- published in Astrophysical Journal Letters -- suggest TESS is capable of fulfilling its mission to catalog thousands of planet candidates, including more than 300 that are expected to be Earth-sized and super-Earth-sized exoplanets.

This newly identified planet is the smallest world outside our solar system that TESS has spotted. And the spacecraft's data shows HD21749c circles its star every 7.8 days, meaning it has a tight orbit that would lead to surface temperatures of up to 800 degrees Fahrenheit. TESS has now found 10 planets smaller than Neptune, and its ability to locate this one is a good indicator that it's capable of finding other small planets -- perhaps even some in the "Goldilocks" zone, close enough to their star to have liquid water but far enough to avoid being roasted.

Before TESS's predecessor, the Kepler Space Telescope, ran out of fuel and became space junk, it discovered 2,662 planets, many of which were Earth-sized. But because they were so far away, they were more difficult to study. TESS, on the other hand, is eyeing planets much closer to us, so scientists can attempt, for instance, to determine their mass. Next, the team of astronomers behind this discovery, will try to do just that. If they're successful, we could have the first mass measurement of an Earth-sized planet.

On a mission to find new planets, our @NASA_TESS spacecraft discovered its 1st Earth-size world.🛰️ Located outside of our solar system, the new world is likely rocky and circles very close to its star, completing one orbit in just under eight days. More: https://t.co/QECVLQzCZf pic.twitter.com/sV8OdD3De6

In this article: astrophysical journal letters, discovery, earth-sized, HD21749c, MIT, NASA, planet, satellite, space, spacecraft, TESS, tomorrow
All products recommended by Engadget are selected by our editorial team, independent of our parent company. Some of our stories include affiliate links. If you buy something through one of these links, we may earn an affiliate commission.