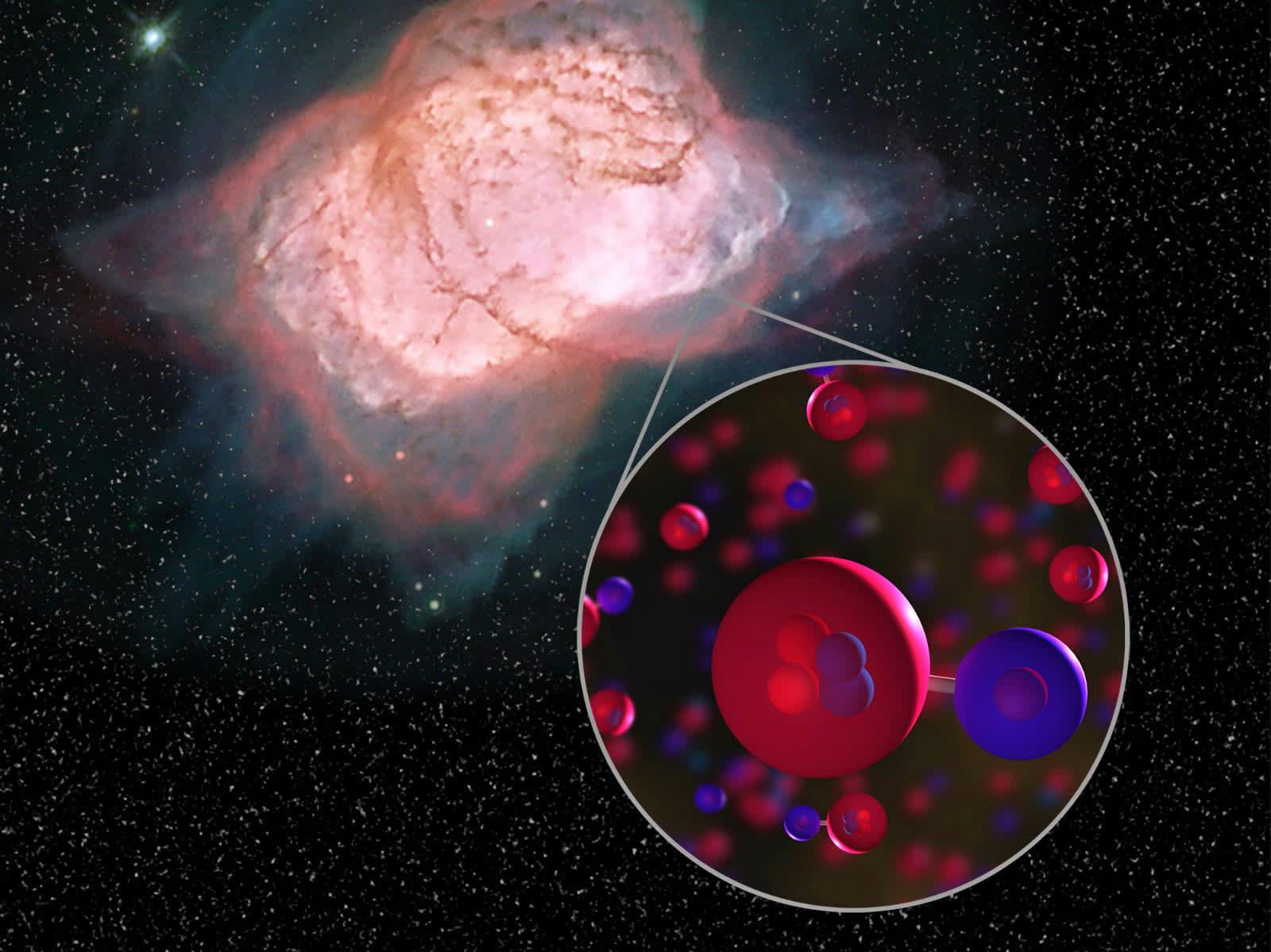 Scientists have long suspected that, around 100,000 years after the big bang, helium and hydrogen combined to form the first molecule, helium hydride. That helped the universe begin to cool and led to the formation of stars. But, despite decades of searching, scientists could never locate helium hydride in space -- until now.

NASA used its Stratospheric Observatory for Infrared Astronomy (SOFIA) to detect the primordial molecule. The scientists found it in NGC 7027, a planetary nebula (a remnant of a Sun-like star) located 3,000 light-years away. The discovery proves that helium hydride can exist in space, and it confirms theories about the chemistry of the early universe and its evolution. The findings were published in Nature this week.

The discovery is also a testament to the power of NASA's latest technology. SOFIA is the world's largest airborne observatory. It's a modified Boeing 747SP jetliner, and it returns after every flight. That allows NASA to add new tools as they're available. A recent upgrade to SOFIA's German Receiver at Terahertz Frequencies (GREAT) instruments made this discovery possible. Scientists were able to tune to the frequency of the molecule and search for it in NGC 7027, where they've expected it could exist since the 1970s. As Harold Yorke, the director of the SOFIA Science Center, said in a press release, the molecule was lurking out there, we just needed the right instruments to find it.

In this article: big bang, chemistry, GREAT, helium hydride, nasa, nature, NGC7027, planetary nebula, primordial molecule, sofia, sofia science center, space, tomorrow, universe
All products recommended by Engadget are selected by our editorial team, independent of our parent company. Some of our stories include affiliate links. If you buy something through one of these links, we may earn an affiliate commission.