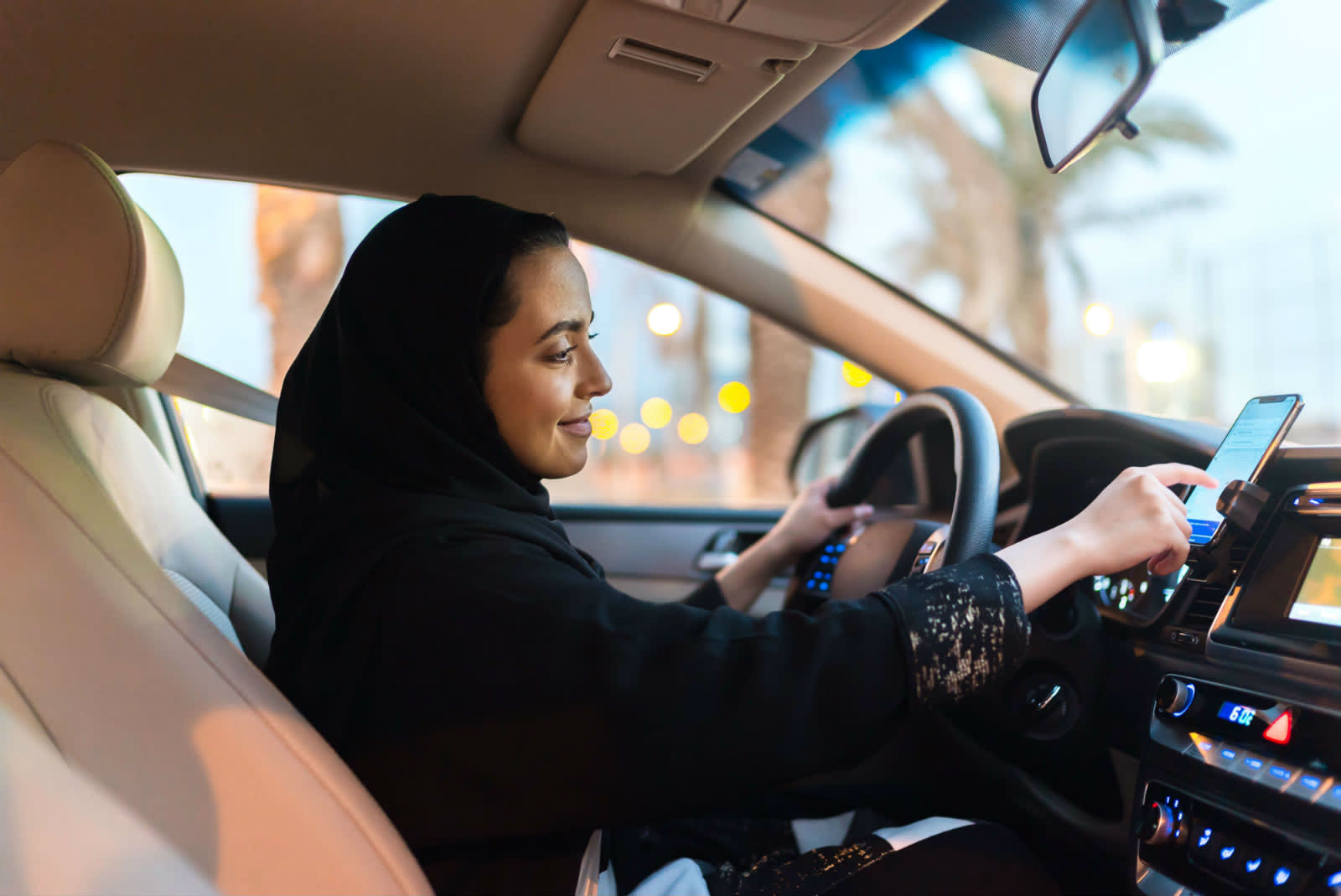 Uber has launched a feature in Saudi Arabia that lets female drivers select a preference for female-only riders. What began as a pilot program in September -- after feedback showed that 74 percent of Saudi women Uber drivers were only interested in driving women -- is now officially rolling out in the country. Uber said it currently has no plans on expanding the feature globally. Nor is there word on plans to offer women riders a similar driver preference. There have been countless reports of female users and drivers of both Uber and Lyft suffering abuse and harassment.

Saudi Arabia lifted its longstanding ban on women drivers last June, viewed by many as a progressive step for women's rights in the country. It was also part of Crown Prince Mohammed bin Salman's "Vision 2030" plan to accelerate economic development, one aspect of which is increasing women's participation in the workforce from 22 percent to 30 percent.

Seizing the opportunity, Uber and its rival-turned-subsidiary Careem, launched respective initiatives to train and recruit the incoming wave of female drivers. By October, Careem claimed to have 2,000 registered women drivers on the road, while Uber only had a "handful," per CNBC.

More recently, Saudi Arabia (which owns a 5 percent stake in Uber through its Public Investment Fund) announced new regulations to ensure a "comfortable" working environment for women. The directives, issued by the Ministry for Labour and Social Development in January, said employers must create "a suitable environment for women to carry out their responsibilities" and ensure that women are paid equally with men, according to The National.

In this article: gear, saudi arabia, transportation, uber, Uber Drivers
All products recommended by Engadget are selected by our editorial team, independent of our parent company. Some of our stories include affiliate links. If you buy something through one of these links, we may earn an affiliate commission.