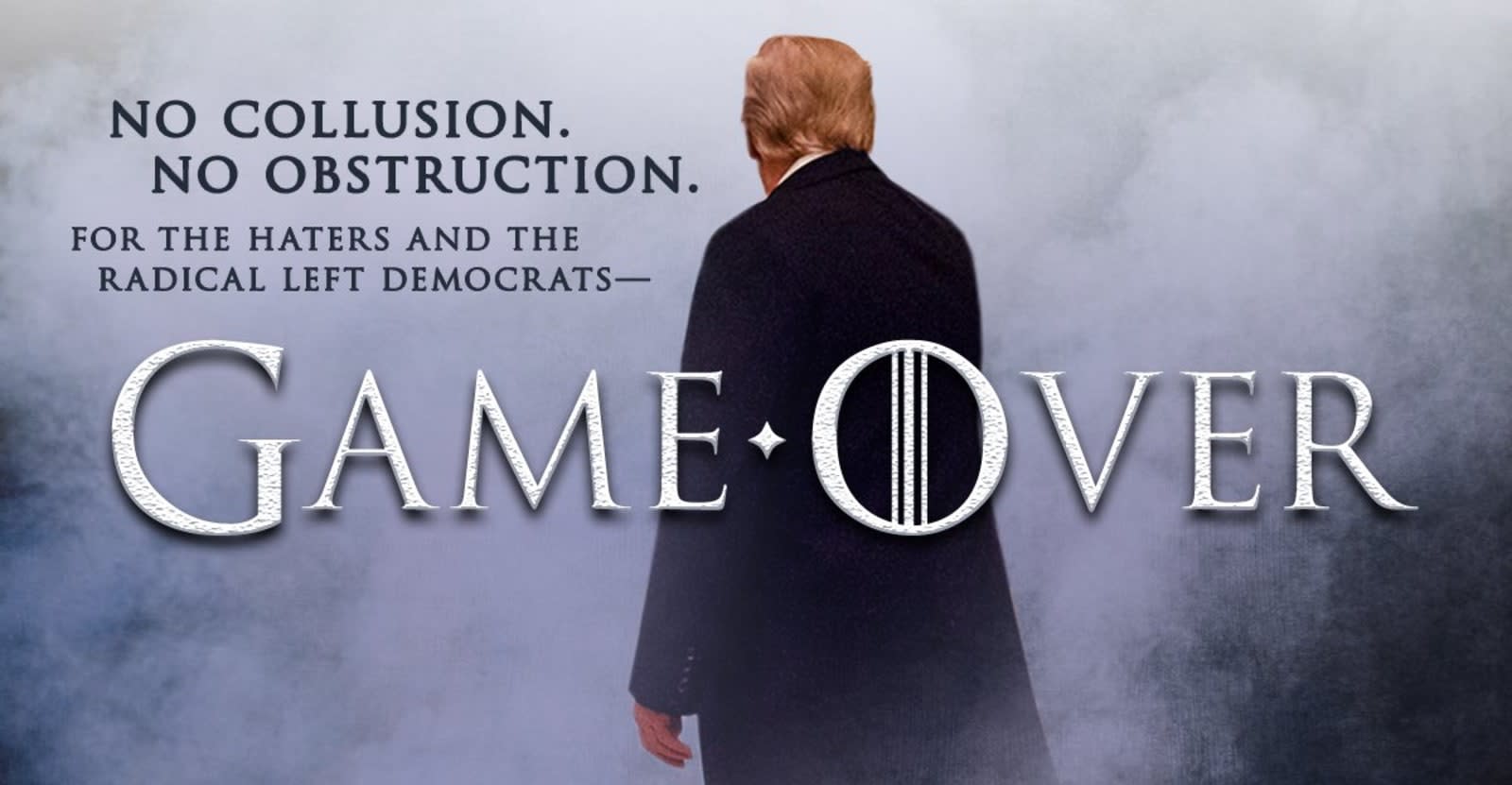 With the Mueller report finally making its way into the hands of the public, President Donald Trump was quick to claim victory and declare an end to the collusion and obstruction of justice scandals that have loomed over his presidency over the last two years. He did so in typically abrasive fashion, with a tweet aimed at his "haters and the radical left Democrats." However, HBO isn't too happy he mimicked Game of Thrones imagery with the use of "game over" and a font similar to one used in the show.

"Though we can understand the enthusiasm for Game of Thrones now that the final season has arrived, we still prefer our intellectual property not be used for political purposes," HBO told Engadget in a statement. It's not the first time HBO has been irked by Trump invoking the imagery of its massively successful series. It issued a similar statement after a "sanctions are coming" tweet in November to promote sanctions against Iran -- an obvious reference to the oft-repeated "winter is coming" line in Game of Thrones.

HBO might not have much in the way of legal recourse to have Trump's latest tweet scrubbed from the platform. Fonts aren't typically copyrightable, for one thing. However, Warner Bros. submitted a copyright infringement complaint this month over a 2020 campaign video that used the Dark Knight Rises score. Twitter swiftly removed it.

In this article: collusion, donald trump, donaldtrump, entertainment, game of thrones, gameofthrones, hbo, mueller, mueller report, muellerreport, obstruction, politics, robert mueller, robertmueller
All products recommended by Engadget are selected by our editorial team, independent of our parent company. Some of our stories include affiliate links. If you buy something through one of these links, we may earn an affiliate commission.
Share
Tweet
Share