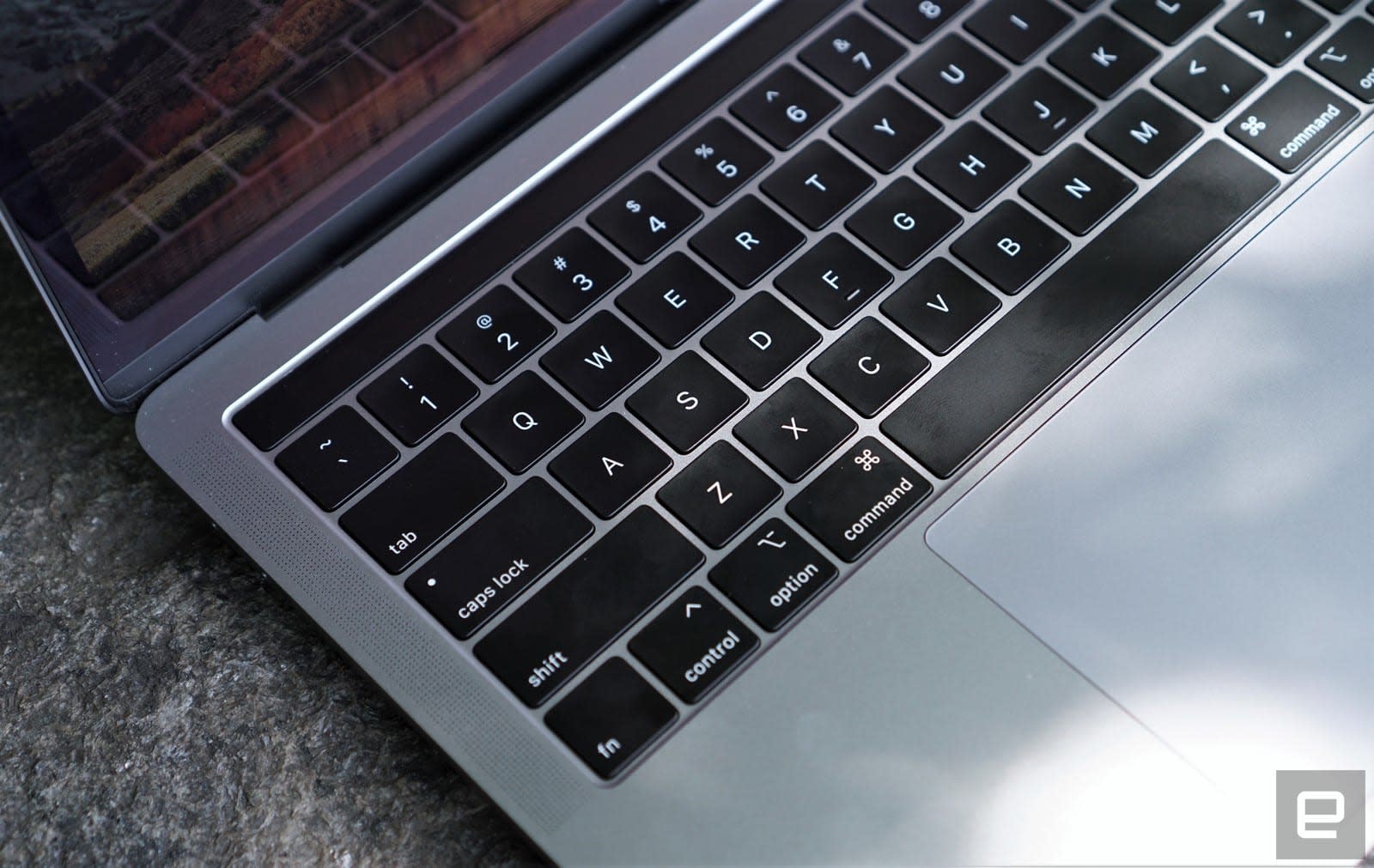 After years of user complaints, it looks like Apple is starting to prioritize repairs for busted MacBook and MacBook Pro keyboards. According to a memo obtained by Mac Rumors, Apple has started to stock its retail locations with necessary parts so Genius Bar technicians can fix keyboard issues in store rather than shipping devices to an off-site service center. Employees were also instructed to aim for next-day turnarounds when performing keyboard repairs. Engadget has reached out to Apple to confirm this change and will update this story if we hear back.

The change in policy marks what appears to be a concerted effort from Apple to finally address some of the biggest issues that have plagued the company's laptop line since it introduced its new "butterfly" style keyboard in 2015. The lower-profile mechanism allowed Apple to slim down its devices but has produced a number of problems, including keys sticking, not responding and popping out of place. The issues have gotten bad enough that a number of class action lawsuits have been filed against Apple.

Last year, Apple launched a keyboard service program to address some of the issues with its MacBook and MacBook Pro models. The company also added a silicone membrane to the third-generation of its keyboards, which started to appear in the 2018 models, in order to mitigate the problems. Last month, in response to a Wall Street Journal article highlighting the sticking keys and other issues, Apple acknowledged that a "small number of users" were dealing with those problems.

In this article: apple, apple store, business, butterfly keyboard, gadgetry, gadgets, gear, keyboard repair, macbook, macbook keyboard, macbook pro, services
All products recommended by Engadget are selected by our editorial team, independent of our parent company. Some of our stories include affiliate links. If you buy something through one of these links, we may earn an affiliate commission.