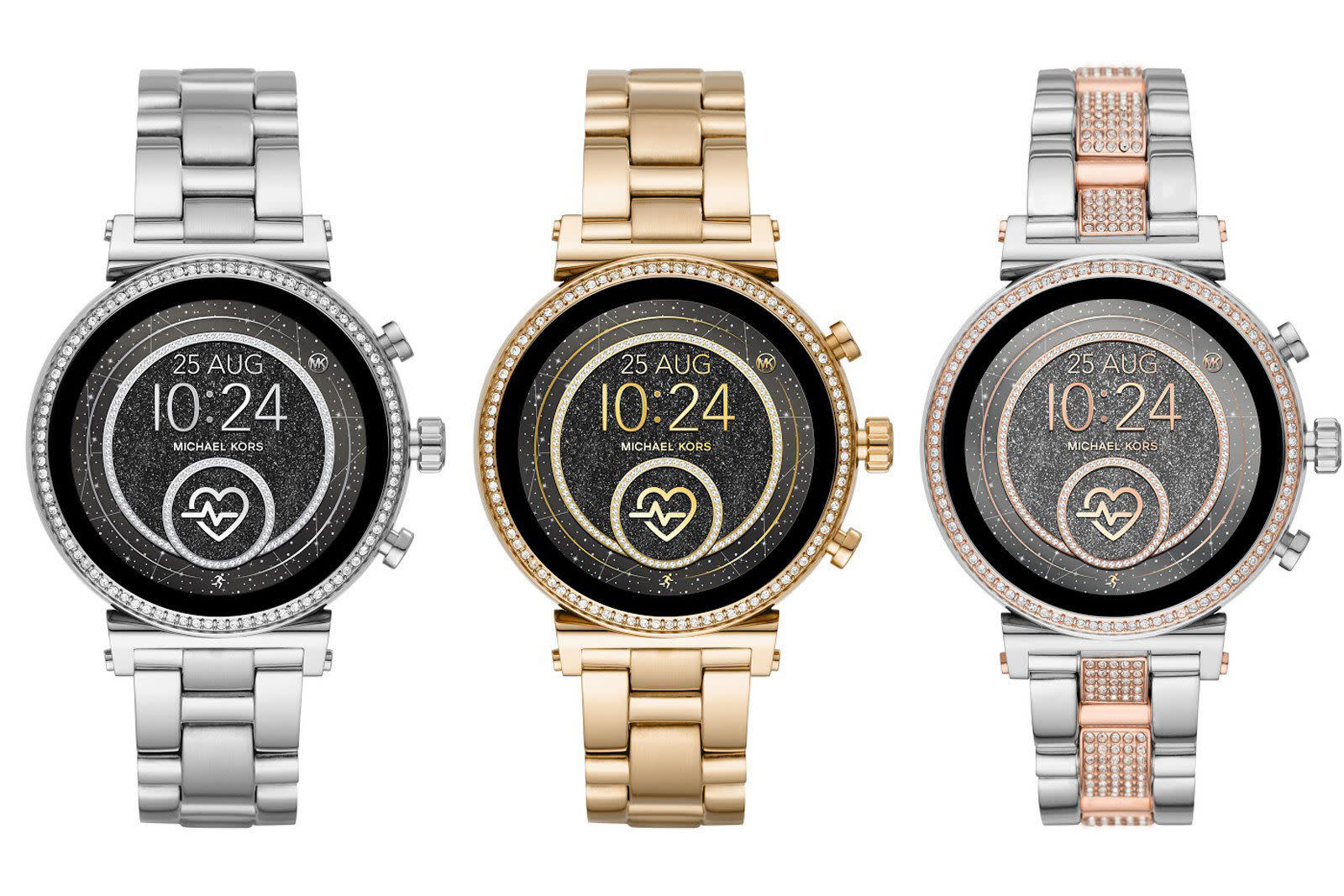 Michael Kors has released a new Sofie smartwatch that is equipped with a heart-rate sensor and other features. The smartwatch can track your heart rate with Google Fit or other third-party apps, record the distance of your runs and is waterproof up to 30 meters. The latest Sofie smartwatch runs on Google's Wear OS, so it supports both Google Pay and Google Assistant. The Sofie 2.0 is now available on the Michael Kors website for $325, or $350 for a metal band.

The new Sofie is a significant improvement upon the rather barebones model Michael Kors first debuted in 2017. The Sofie smartwatch now supports tethered GPS, meaning it can track your runs and other workouts while your phone stays behind. Unfortunately, it hasn't made an upgrade to the Snapdragon Wear 3100 yet; the updated Sofie still runs the Snapdragon Wear 2100 chipset. It includes 4 GB of internal storage and a 300mAh battery.

Michael Kors bringing a heart rate sensor to its popular Sofie smartwatch is no surprise as the technology becomes a must-have feature in wearables. But PPG heart rate sensors, such as the one in the Kors watch, and the ones found in most wearables on the market today, aren't a failsafe. PPG sensors can vary in their effectiveness for users with bigger builds or even darker complexions, as an AndroidCentral article noted. Particularly strenuous workouts can also throw off the PPG sensor. People who need to seriously monitor their heart rate, or who fit into a demographic that most wearables seem to ignore, may be better off springing for a wearable with an FDA-cleared electrocardiogram (EKG), such as the Apple Watch Series 4 or Withings Move.

In this article: gear, medicine, michael kors, smartwatch, sofie2.0, wearables
All products recommended by Engadget are selected by our editorial team, independent of our parent company. Some of our stories include affiliate links. If you buy something through one of these links, we may earn an affiliate commission.