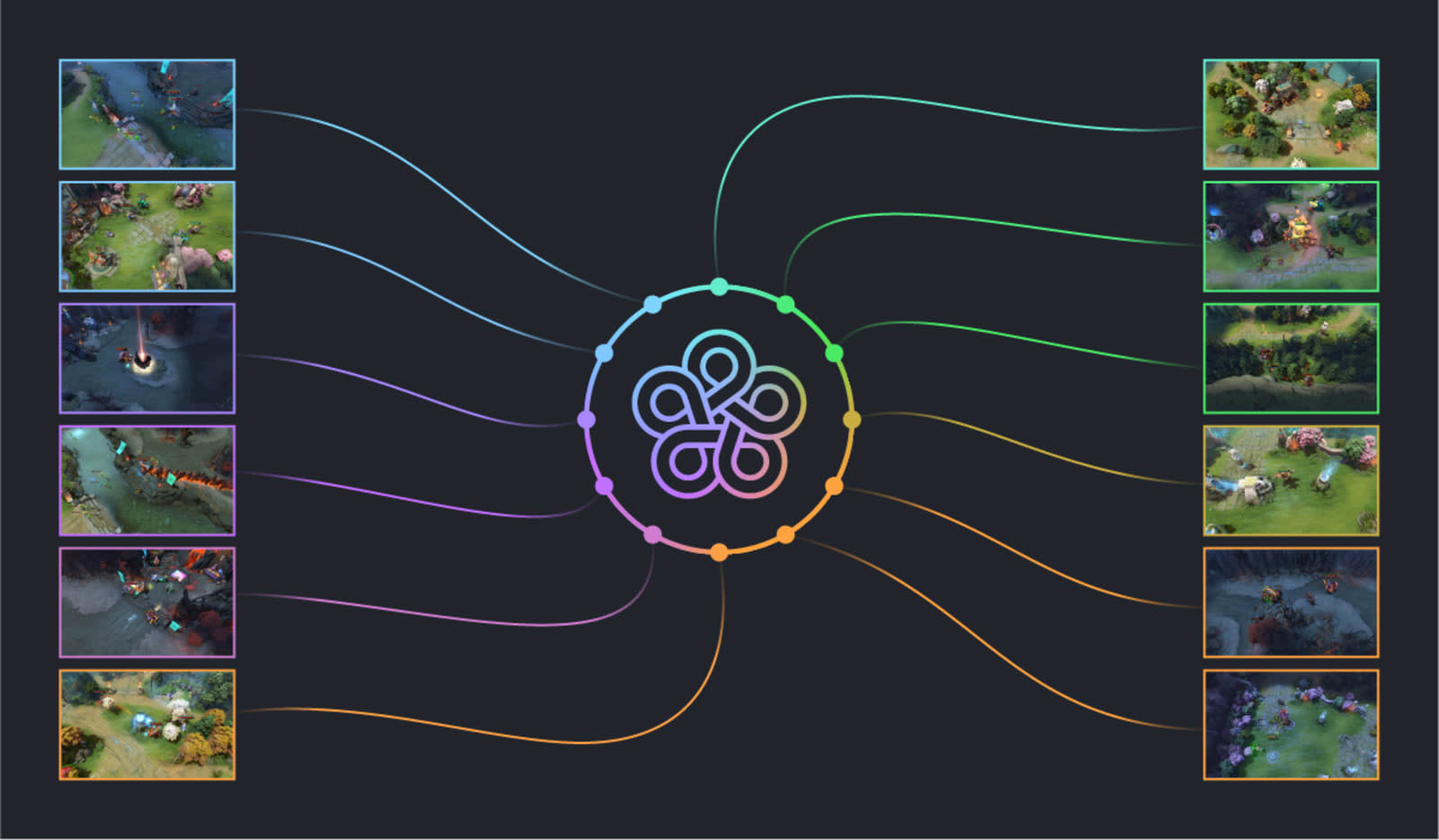 From the evening of April 18th through the 21st, anybody with an internet connection had the chance to play against OpenAI's Dota 2 bot -- the same one that defeated the world champion team in two back-to-back games earlier this month. The results were unsurprising to say the least: it obliterated the competition, winning 7,215 competitive games and boasting a 99.4 percent victory rate overall. It only lost 42 competitive games over the weekend, and though 10 were won by one (presumably fantastic) team, only three other teams won three games in a row.

- Play against #OpenAIFive in competitive mode, or with it in cooperative mode: https://t.co/owmzogfOLg

Arena is live for this weekend only. pic.twitter.com/bGNetcx6ny

OpenAI Five spent the weekend playing with and against humans at Dota 2. Final win rate versus the Internet: 99.4%.

The Elon Musk-founded non-profit's bot is called OpenAI Five, because it can play five-on-five matches against and with human players. It's a machine learning project that learns by playing 180 years' worth of games against itself and its past self every day. For the tournament, it played a total of 10.7 years' worth of games when you combine both competitive and cooperative matches.

According to VentureBeat, this is OpenAI Five's last public demonstration. The organization will continue beefing up its capabilities, though, not necessarily because it wants to keep defeating Dota 2 players, but because it can use the things it learns from the experience in other applications. Similar to how its work on the bot helped give rise to Hindsight Experience Replay, which is an open source algorithm that teaches robots to learn from failure. OpenAI CTO Greg Brockman said in a statement:

"Games have really been the benchmark [in AI research]... These complex strategy games are the milestone that we... have all been working towards because they start to capture aspects of the real world."

In this article: dota 2, gaming, internet, open ai, openai, openai five
All products recommended by Engadget are selected by our editorial team, independent of our parent company. Some of our stories include affiliate links. If you buy something through one of these links, we may earn an affiliate commission.