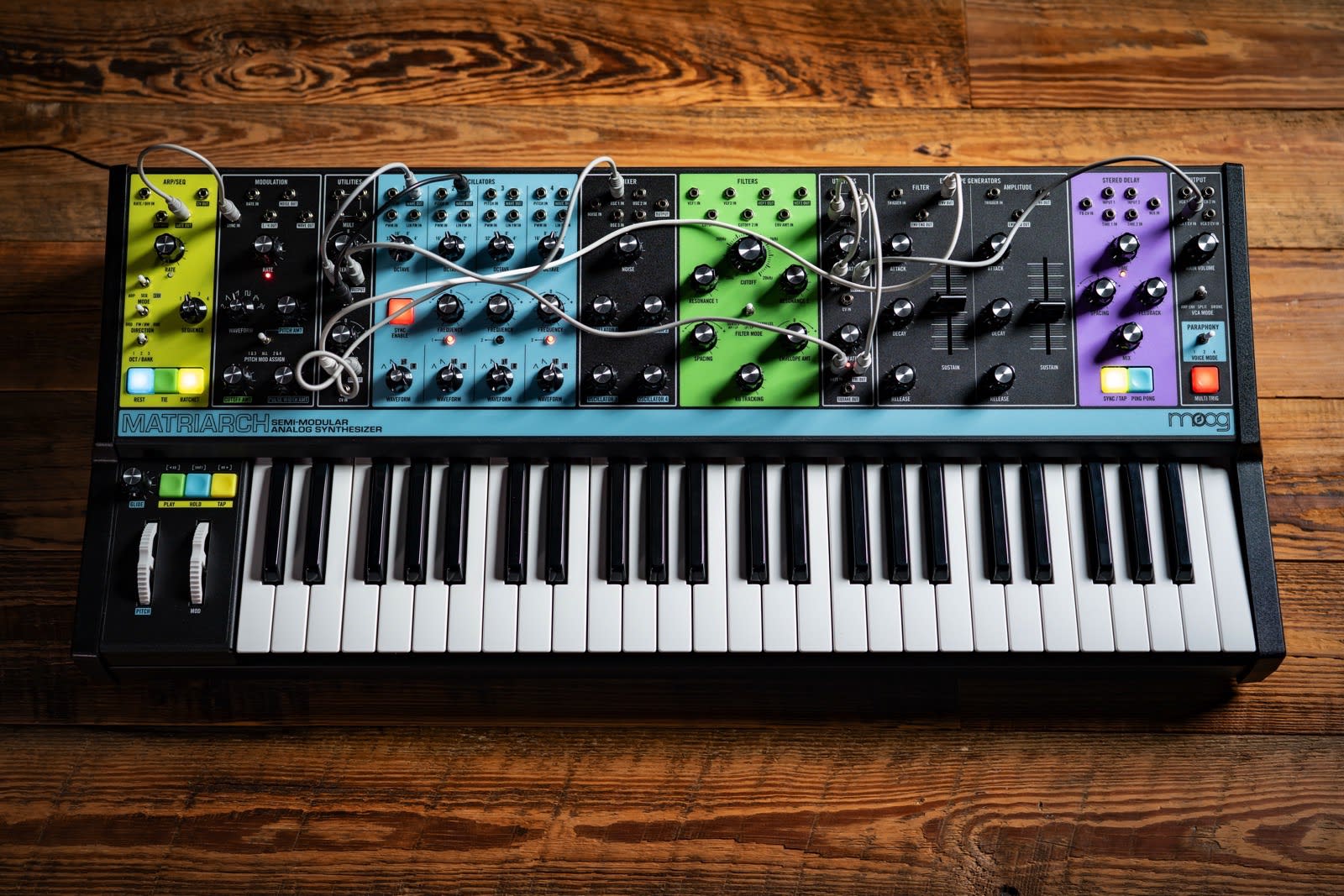 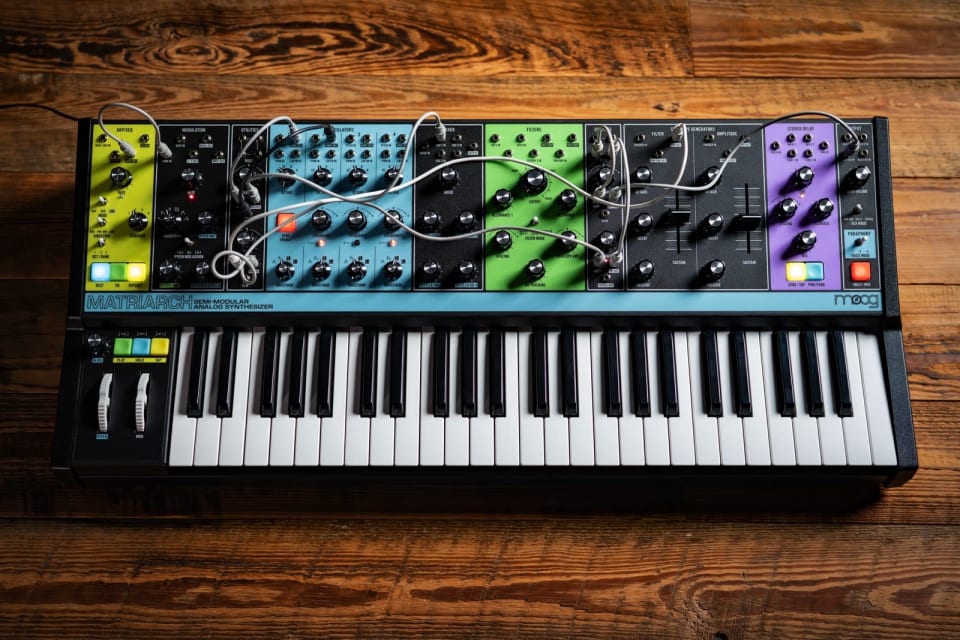 Like it has in years past, Moog is unveiling its latest synthesizer during Moogfest. The company's annual music and culture festival kicks off today in Durham, North Carolina, and when it does, Moog will be building the new Matriarch patchable four-note paraphonic analog synth on-site. A progression from the Mother-32 and Grandmother before it, the semi-modular Matriarch is loaded: built-in sequencer (256 steps), arpeggiator, stereo ladder filters and stereo analog delay. The company says you'll be able to make some noise instantly though, with "no patching required."

Moog has designed Matriarch's four analog VCOs so that they can be split into four notes of paraphony. From there, they can be sequenced, shifted and stored, or you can stack them in unison for a four-oscillator mono synth. And as you might expect, the synthesis modules here are based on Bob Moog's original circuit designs. Even though you don't have to use them, Matriarch offers 90 modular patch points for exploring the sonic possibilities of space and time this beast has to offer. At $1,999, this beast isn't cheap, but the sounds it's capable of are pretty insane.

As far as connections go, there's a 1/4-inch input for processing guitars, drum machines and other gear through the Matriarch's analog circuitry. There are also 1/4-inch sustain and expression pedal inputs, in addition to stereo 1/4-inch and 3.5mm Eurorack outputs. MIDI I/O and MIDI over USB are here as well.

Moog is offering a sneak peak of the Matriarch in Durham this weekend. You can pre-order the Moogfest Edition (the first 250 units produced) of the instrument there, or via the Guitar Center website through April 28th. Beginning April 29th, the Matrirach will be available for pre-order through Moog dealers.

In this article: analog, analog synth, audio, gadgetry, gadgets, gear, instrument, moog, moogfest, moogfest2019, music, synth, synthesizer
All products recommended by Engadget are selected by our editorial team, independent of our parent company. Some of our stories include affiliate links. If you buy something through one of these links, we may earn an affiliate commission.