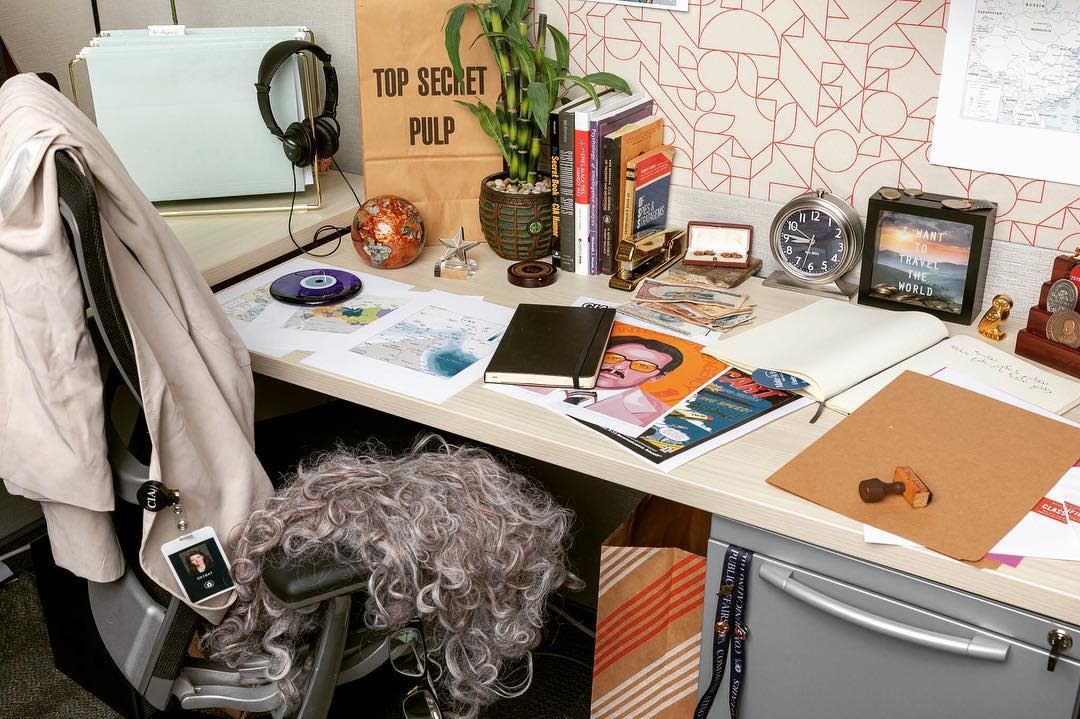 The CIA launched its Instagram account on Thursday afternoon in a bid for transparency that will probably only reveal how thirsty it is for likes. Sure enough, America's top spy agency's debut post on Instagram is an obviously staged shot of a fake CIA employee's desk; complete with props that would be more at home in Harriet the Spy than Zero Dark Thirty. There is a wig disguise and a paper bag labeled "Top Secret Pulp". The caption is "I spy with my little eye...".

Staged shots? Cheesy out-of-context quotes and props? Possible haircare sponcon? To the credit of America's clandestine services, it obviously understands what Instagram is all about. According to CNET, the post also includes a few Easter eggs for CIA nerds, such as CIA Director Gina Haspel's original agency badge and a notebook with the agency's motto, "Share what we can, protect what we must," in Arabic.

I spy with my little eye...

Why do the folks at Langley want an Instagram presence? Haspel said last week that the CIA would launch an Instagram account in an effort to increase transparency. Unfortunately, Instagram's world of filtered "I woke up like this" selfies, influencers posing with sponsored products in exotic locales and celebrities posting staged Instagram stories probably isn't the best place to do it.

Instagram is for making other people jealous, as federal agencies like NASA, NOAA, and the Department of Defense have quickly learned. NASA's Instagram account has over 41 million followers; it will regularly post jaw-dropping shots of planets, constellations, and rockets that will garner over a million likes. The DoD has paratroopers. NOAA has baby seals and closeups of sea creatures that look like they came out of Alien. It remains to be seen what the CIA will bring to the cutthroat world of federal government Instagram accounts, but let's hope for its growing number of followers (roughly 3,000 and counting) that it's something good.

In this article: cia, entertainment, instagram, internet, politics
All products recommended by Engadget are selected by our editorial team, independent of our parent company. Some of our stories include affiliate links. If you buy something through one of these links, we may earn an affiliate commission.