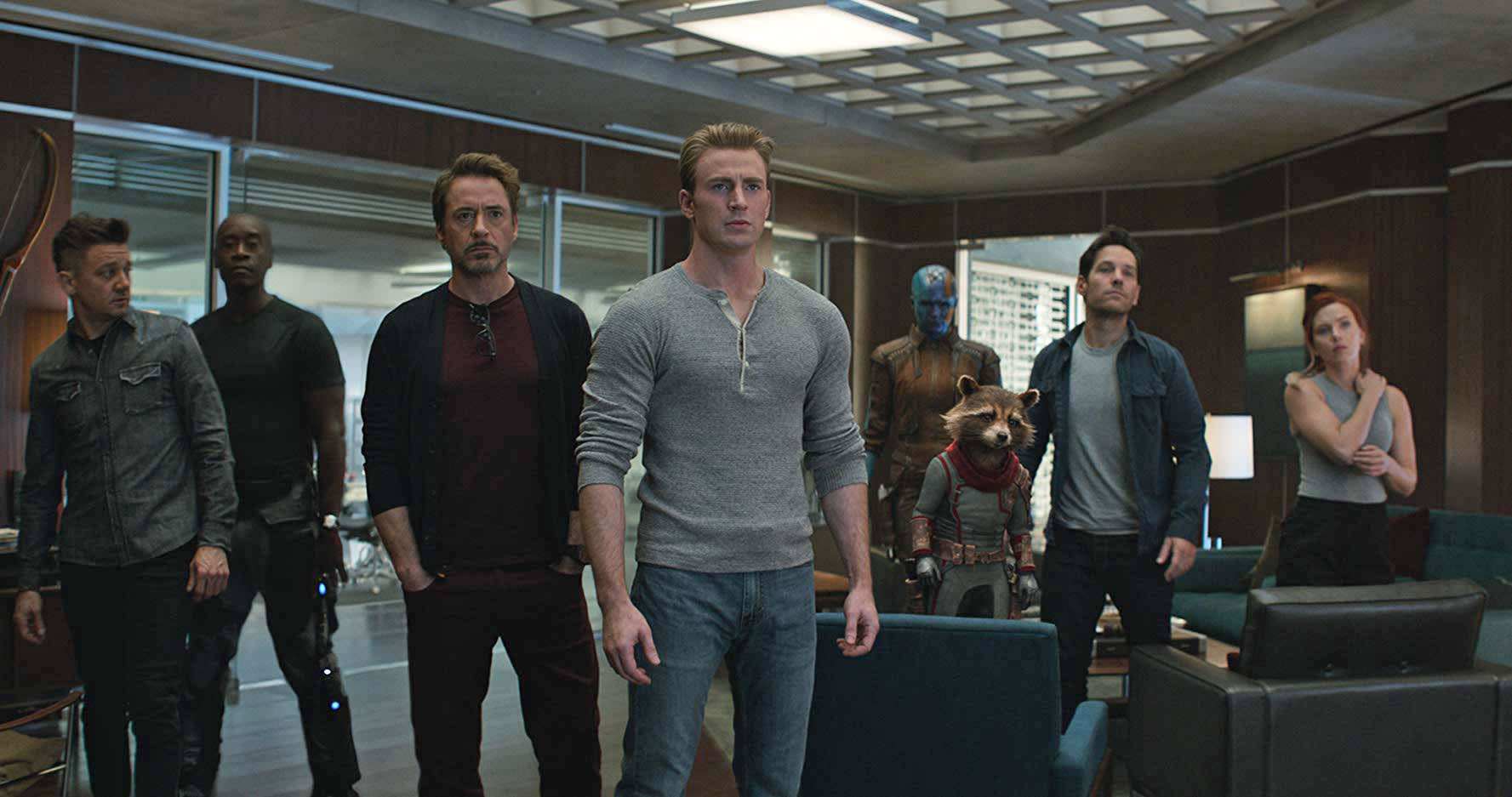 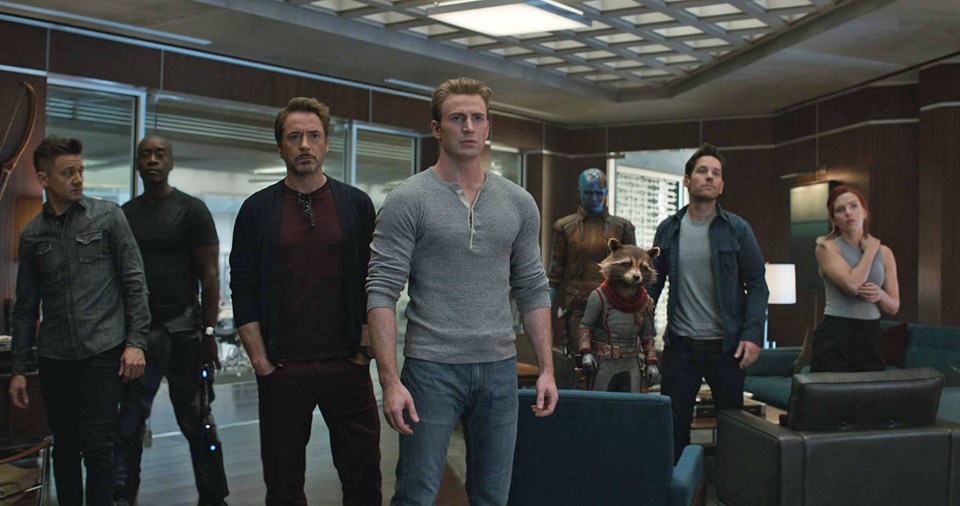 After seeing Avengers Endgame in IMAX, I kicked myself for not doing the same for Infinity War. The technical advantages are clear: IMAX screens are much larger than normal theaters, especially if you're lucky enough to have access to a full-sized IMAX. And while we've seen the format used before for action sequences in blockbusters, Avengers Infinity War and Endgame are the first to be shot entirely with IMAX cameras. So, unlike The Dark Knight, they don't awkwardly jump between multiple aspect ratios. They're always super-sized, offering up to a 26 percent larger image than traditional widescreen theaters -- all the better to see Marvel's heroes finally smack down Thanos.

It's fitting that the first films to be shot entirely in IMAX are some of the biggest movies ever made. Avengers Infinity War and Endgame are the culmination of the Marvel Cinematic Universe, a 10-year pop culture journey that spans 22 films and multiple TV shows. It started as an experiment for Marvel, connecting Iron Man with the forgotten 2008 Incredible Hulk, and eventually Thor and Captain America. That first phase of films was successful enough to lead to their first team-up, 2012's The Avengers. And everything just kept rolling from there. It's not a huge spoiler to say that Endgame pays tribute to the MCU's legacy -- and part of that involves some of the largest scale superhero battles we've ever seen on screen.

Directors Joe and Anthony Russo shot their Avengers films with a custom 6K version of ARRI's large-format Alexa 65 digital camera. That helped them get IMAX-sized picture quality without the format's film cameras, which are notoriously bulky, hard to operate and loud (not a great thing for dialog scenes). There's a quality cost -- IMAX says its film cameras offer a higher 18K resolution -- but the added flexibility was worth it, allowing the Russos to bring the Alexa 65 just about anywhere. Their 6K resolution is also more than enough for the new 4K laser projectors in IMAX theaters (most aren't equipped to support the company's traditional 70mm film). Those additional pixels don't go to waste, though, IMAX uses them to create a better quality image.

"While projectors don't show [18K] other than our film ones... we employ a lot of technology around that," IMAX CTO Brian Bonnick said in an interview with Engadget. "We scan the film into its digital form at the highest possible resolution, and we process it throughout the entire food chain at these higher resolutions. It's a technique called oversampling. What it means is that when you get to that 4K final content, because you've been processing it at a much higher resolution, you actually get a better quality image."

While Avengers Endgame didn't leave me stunned with its IMAX presentation like Dunkirk, an audacious film that used the format's massive film cameras, there were still plenty of moments where I was grateful to have that slightly larger screen. Seeing Tony Stark stranded in the vastness of space, with a broken ship and no hope in sight, felt all the more isolating. And by the time we get to the inevitable superhero throwdown, there's so much action on screen that even the 76-foot high IMAX screen at NYC's AMC Lincoln Square could barely contain it.

As the credits rolled, I realized this wasn't an experience I could recreate at home -- even with my living room projector -- or any other theater for that matter. You could argue this isn't really new. Ever since Christopher Nolan made the bold decision to use IMAX cameras in The Dark Knight, a groundbreaking way to create larger-than-life action sequences, other blockbusters followed suit (notably, Mission Impossible: Ghost Protocol and Fallout). But at least with those films, I was only losing the IMAX thrill from a few scenes. With Endgame, I'll never be able to have the same experience again.

It's not just the screen size, either. Bonnick says that IMAX goes to great lengths to ensure pristine moviegoing: "Every morning when the system powers up in a theater, there's custom camera that looks at the screen, there are microphones in the theater that listen to the sound, and we run full diagnostics and calibration checks to make sure the sound is playing back exactly as it should," he said. It might seem like overkill, but it's the only way to make sure that the brightness, projection quality and sound are all up to snuff. Whereas other theaters tend to degrade over time, the daily calibrations help IMAX theaters to maintain their overall quality.

While IMAX doesn't use object-based surround sound like Dolby Atmos, Bonnick notes that its 12-channel system has its own benefits. Its loudspeakers are designed to create sweet spots across large areas of the theater, rather than dead center like most cinemas. They're also able to create "phantom imaging," meaning sounds can appear to come from specific points without actually having a speaker there. Instead of investing in 30 to 40 speakers, Bonnick says IMAX screens can rely on just 12 custom ones with low distortion.

Additionally, their amplifiers can pump out thousands of watts of power, but most of the time they're only using 300 watts. That gives them head room to pump things up for dramatic moments, Bonnick says. "We want to have extended dynamic range so that you can hear a pin drop. If a rocket ship is roaring off, we have the power to give that sound to you without it experiencing distortion."

Of course, not every IMAX screen offers an immersive 70-foot plus experience. A decade ago, comedian Aziz Ansari started an online firestorm when he realized IMAX digital screens were significantly smaller. These days, the vast majority of IMAX auditoriums in multiplexes are retrofitted, so they can only get as large as the size of the room. Still, these so-called "Lie-MAX" screens offer larger images than the average digital cinema, and they have the added advantage of IMAX's sound design. And in the case of Avengers Endgame, you'll still get to see much more of the film.

If you've been following the Marvel films since Iron Man, Endgame will feel like the end of a pop culture era. It's a punctuation mark on a bold experiment, one that finally brought the joys of comic book-style serial storytelling to films. For that reason alone, it deserves to be seen on the biggest IMAX screen you can find.

In this article: art, av, Avengers, Avengers Endgame, entertainment, IMAX, Marvel
All products recommended by Engadget are selected by our editorial team, independent of our parent company. Some of our stories include affiliate links. If you buy something through one of these links, we may earn an affiliate commission.