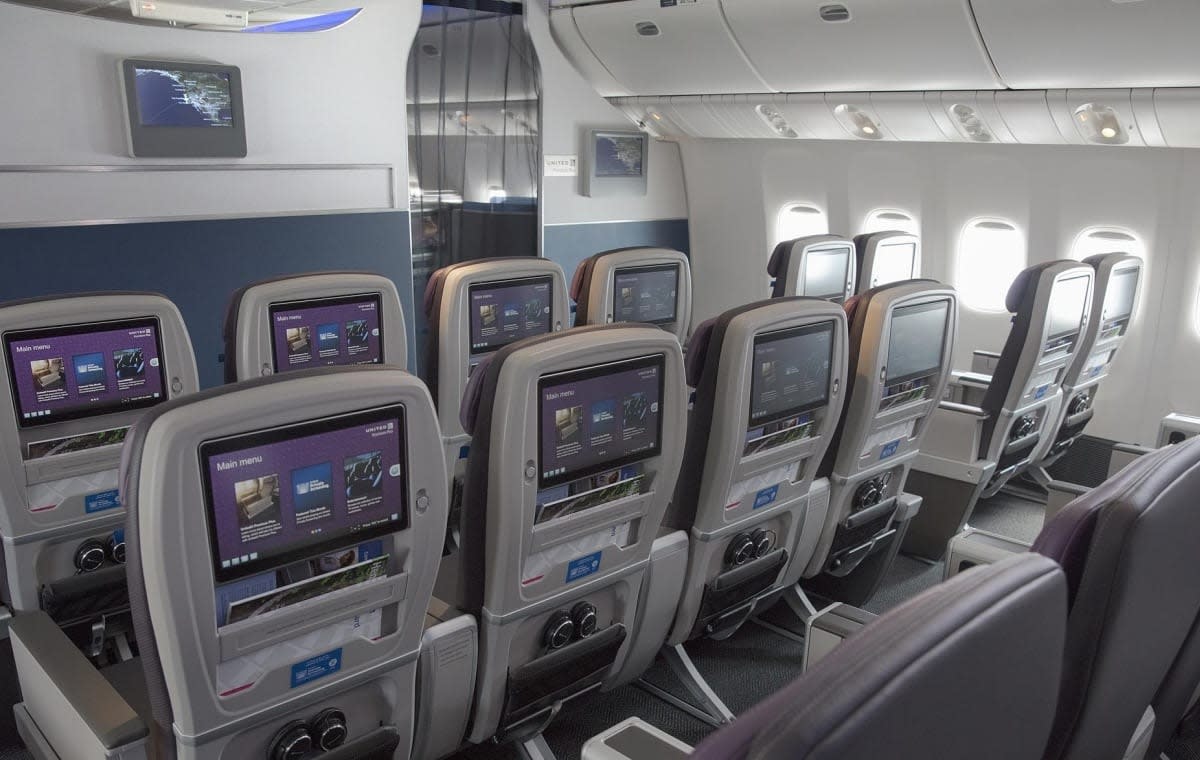 Just because airlines don't want passengers video chatting from phones while they're in the air doesn't mean there was never a thought of selling it as a service, and as a result some airplanes have seat-back entertainment systems with a camera embedded. However, even if they're not plugged into a service, privacy-conscious fliers have raised enough concern -- the idea that someone could be watching, or that it could enable facial recognition is admittedly creepy -- that United Airlines has used stickers to cover up cameras that exist in some of its systems.

In a statement to Buzzfeed News, a United spokesperson said "None of these cameras were ever activated and we had no plans to use them in the future, however we took the additional step to cover the cameras. The cameras are a standard feature that manufacturers of the system included for possible future purposes such as video conferencing."

However, United isn't the only airline with such hardware installed, as the report points out, much of the uproar over these cameras occurred after fliers spotted the devices in systems on American Airlines and Singapore Airlines flights (both said the cameras are disabled on their planes).

These cameras have been disabled on our aircraft, and there are no plans to develop any features using the cameras. Thank you. (2/2)

In this article: camera, entertainment, in-flight entertainment, privacy, seat-back, security, transportation, United Airlines
All products recommended by Engadget are selected by our editorial team, independent of our parent company. Some of our stories include affiliate links. If you buy something through one of these links, we may earn an affiliate commission.