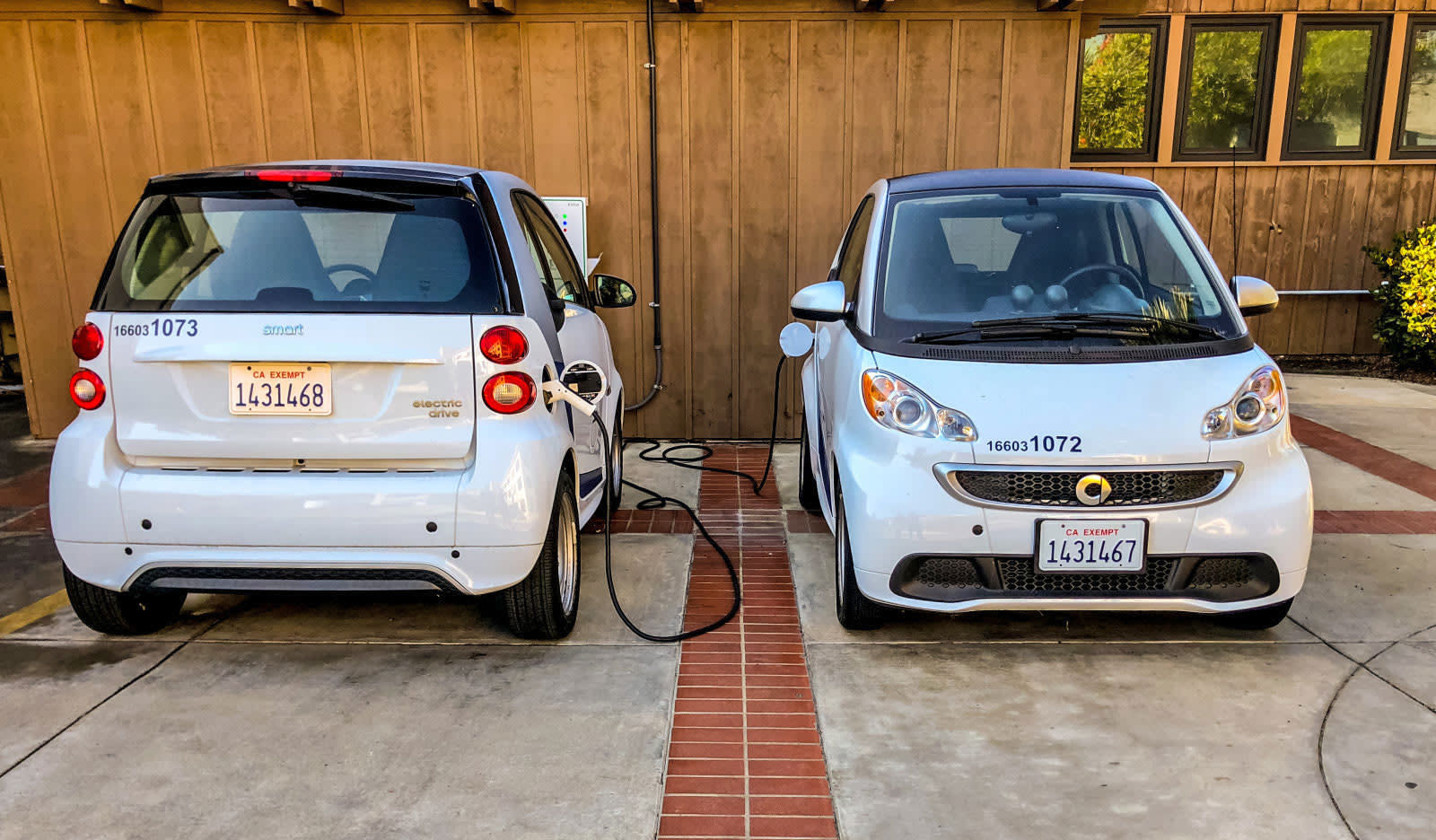 Daimler is no longer going to sell its eye-catching small Smart Fortwo electric cars in North America. The company told TechCrunch that the 2019 model will be the last to be available in the United States and Canada, just two years after deciding to stop selling the gas-powered version of the vehicles in the region. Daimler plans to instead focus on launching its Smart line in China. Existing Fortwo owners will still be able to get their cars serviced by Smart or at authorized Mercedes-Benz dealerships.

Production of the Fortwo in North America is expected to come to an end in June, but the Smart brand will continue on elsewhere. Daimler has an agreement in place to start selling its all-electric vehicles in China and will build a new factory in the country to produce the cars. Sales in the country are expected to start in 2022. While it won't be available from dealers, it does appear the Fortwo will remain a presence in the US as part of Daimler's recently rebranded car-sharing service Share Now.

Despite its unique look and size, Smart just never really caught on in the US. The brand launched in 1998 but didn't make its way to North America until it debuted in Canada in 2004 and finally trickled to America in 2008. Other electric cars with more seating, better range and competitive pricing made it difficult for Daimler's vehicles and their novel look to gain much traction.

In this article: business, daimler, electric cars, electric vehicles, fortwo, gear, smart, smart car, smart fortwo, transportation
All products recommended by Engadget are selected by our editorial team, independent of our parent company. Some of our stories include affiliate links. If you buy something through one of these links, we may earn an affiliate commission.