It could do live translation and help your photo subjects pose.

If that whole folding smartphone thing doesn't work out, Samsung has lot of other ideas cooking. It recently received patent approval for a continuous display that covers the front, while folding around the top and part of the rear of the phone, as spotted by Let's Go Digital. That would make for some interesting applications, like letting subjects see how they look before you take a photo or showing live language translations on the rear display.

You could activate which part of the continuous display (front or back) to use by hovering your hand or a stylus S Pen over it. Rather than being stuck with a basic camera, you'd use the superior rear camera for selfies thanks to the rear display. The language translation part is a particularly interesting idea, as it would let each party speak while the other sees the translation -- all without the need to flip the screen around. 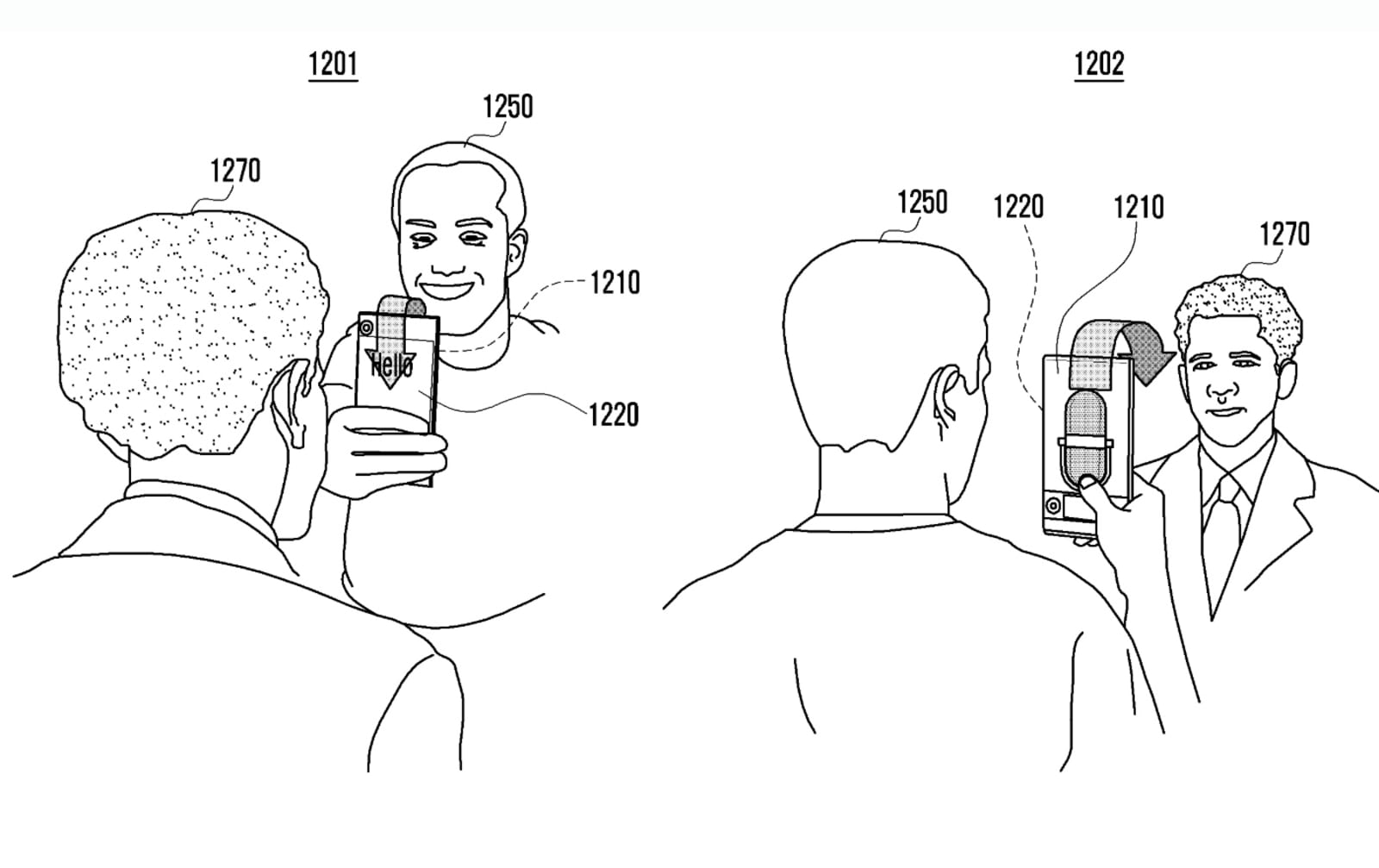 Because it folds around the device, there could also be a display on the top that shows notifications, messages and so on. That way, it could function like a glorified pager, letting you see messages without even removing the phone from your pocket. If you wanted to reply, you could simply pull out the phone drag the message from the top to the front display.

Samsung is actually a bit late to this party, as the recently released Vivo NEX Dual Display phone already has a rear screen, although it uses two separate displays, not a continuous one. Vivo has even advanced the posing feature pretty far, introducing a Pose Director that can give your subject pose suggestions from an image library.

However, the translation app is an interesting idea, and a phone like this might look pretty cool thanks to the seamless display that wraps around the top. There's a chance we might see something like this, but don't bet any money on it -- patents often turn out to be duds.