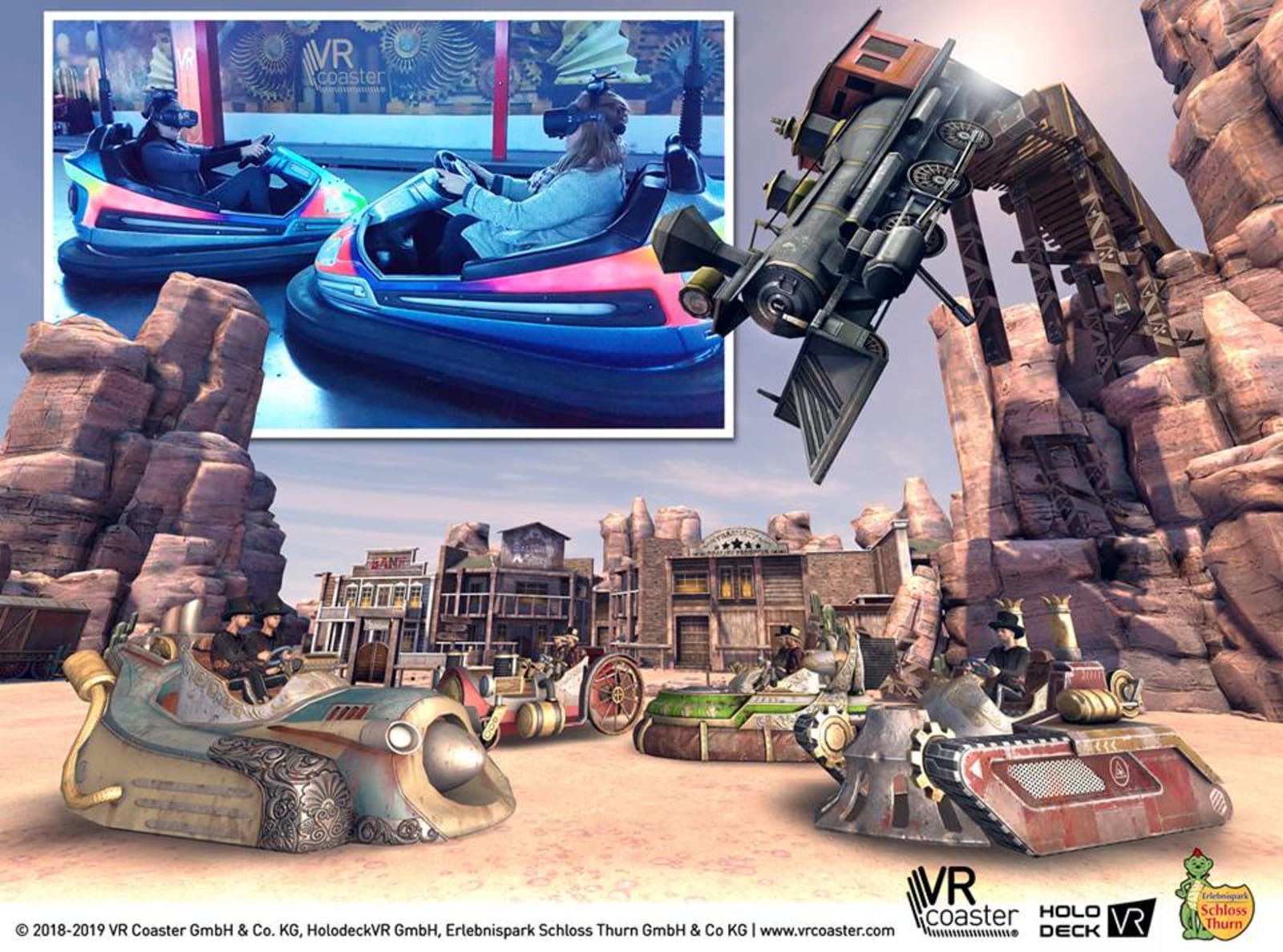 We've seen VR headsets used on rollercoasters and in car-based Mario Kart games, but now Steampunk VR Scooter has brought VR headsets to the world of bumper cars. From the outside, players appear to be sitting in your standard bumper cars and wearing VR headsets. Inside the game, though, they're immersed in a steampunk world. Players ride "retro-futuristic" steam engines and compete against each other and robotic enemies, while navigating terrain complete with cliffs and abysses.

As Variety reports, this is the first world's first foray into VR bumper cars, and it's been available at the Erlebnispark Schloss Thurn theme park in Nuremberg, Germany since mid-April. It's a joint venture between Qualisys, HolodekVR and VR Coaster. If you were hoping to test the game, you may have to head to Germany, as the partners haven't announced when or where it might be seen next.

In this article: bumper cars, gadgetry, gadgets, gear, germany, holodekvr, qualisys, Steampunk, steampunk vr scooter, vr, vr coaster
All products recommended by Engadget are selected by our editorial team, independent of our parent company. Some of our stories include affiliate links. If you buy something through one of these links, we may earn an affiliate commission.