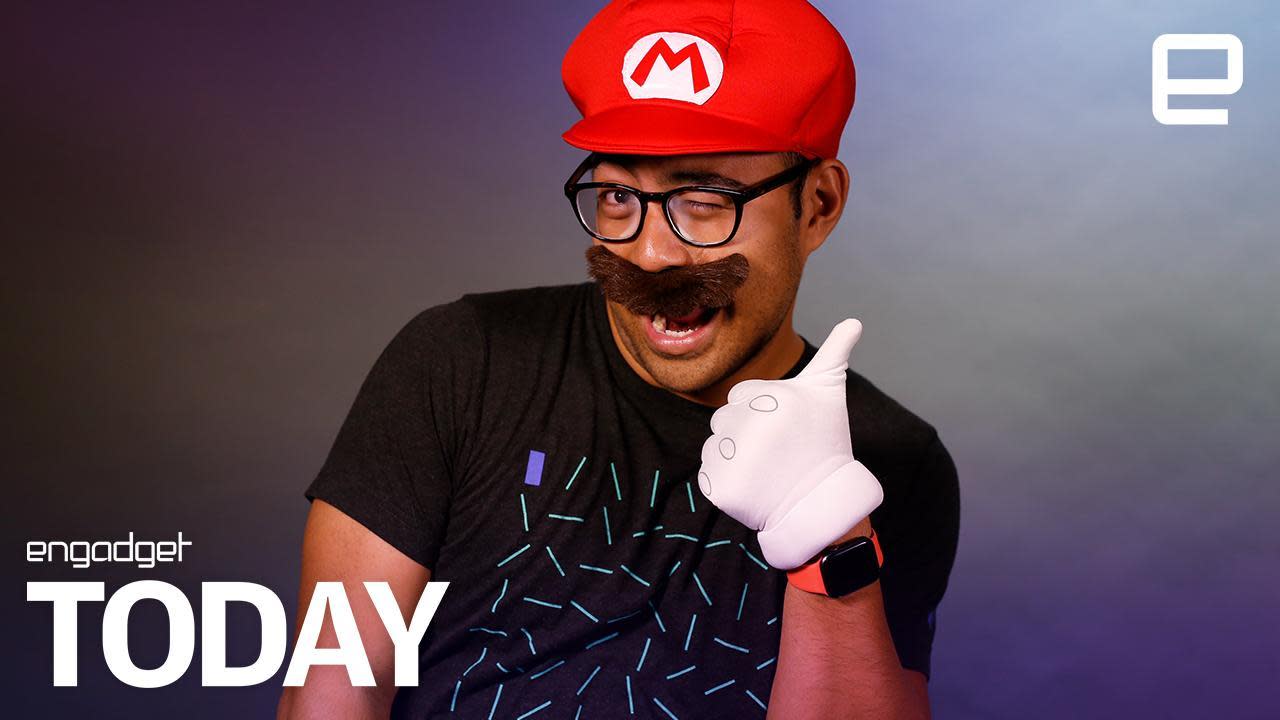 Mario Kart VR has already graced Japan and London...now it's making a pitstop in the US. Yes, you can (finally) immerse yourself in the cartoonish karting action -- while sitting in a physical vehicle with pedals and a steering wheel -- at Washington DC's Union Station right now. But you better be quick: Bandai Namco's "VR Zone Portal" is only in town till March 2019, reports Road to VR.

Though its name implies that it's likely not as large as the VR Zone attraction in Tokyo and Osaka, you'll still be able to choose between several VR games: Mario Kart VR, Argyle Shift, and Ski Rodeo. All three are open on a first-come-first served basis with no reservation required. But you can expect longer queues for the Mario mayhem.

Mario Kart VR finds racers donning HTC Vive headsets and playing in first person. You can reach out and grab virtual items from balloons and dash weapons (like green and red shells) using hand movements. "Even though I had never played Mario Kart in a driving simulator before, this faithful rendition made the experience feel surprisingly familiar," said Engadget's Richard Lai of the game.

In this article: AOLoriginals, av, bandainamco, DailyShow, Engadget, EngadgetToday, EngadgetVideo, Entertainment, gaming, MarioKart, mariokartvr, nintendo, VirtualReality, vr
All products recommended by Engadget are selected by our editorial team, independent of our parent company. Some of our stories include affiliate links. If you buy something through one of these links, we may earn an affiliate commission.