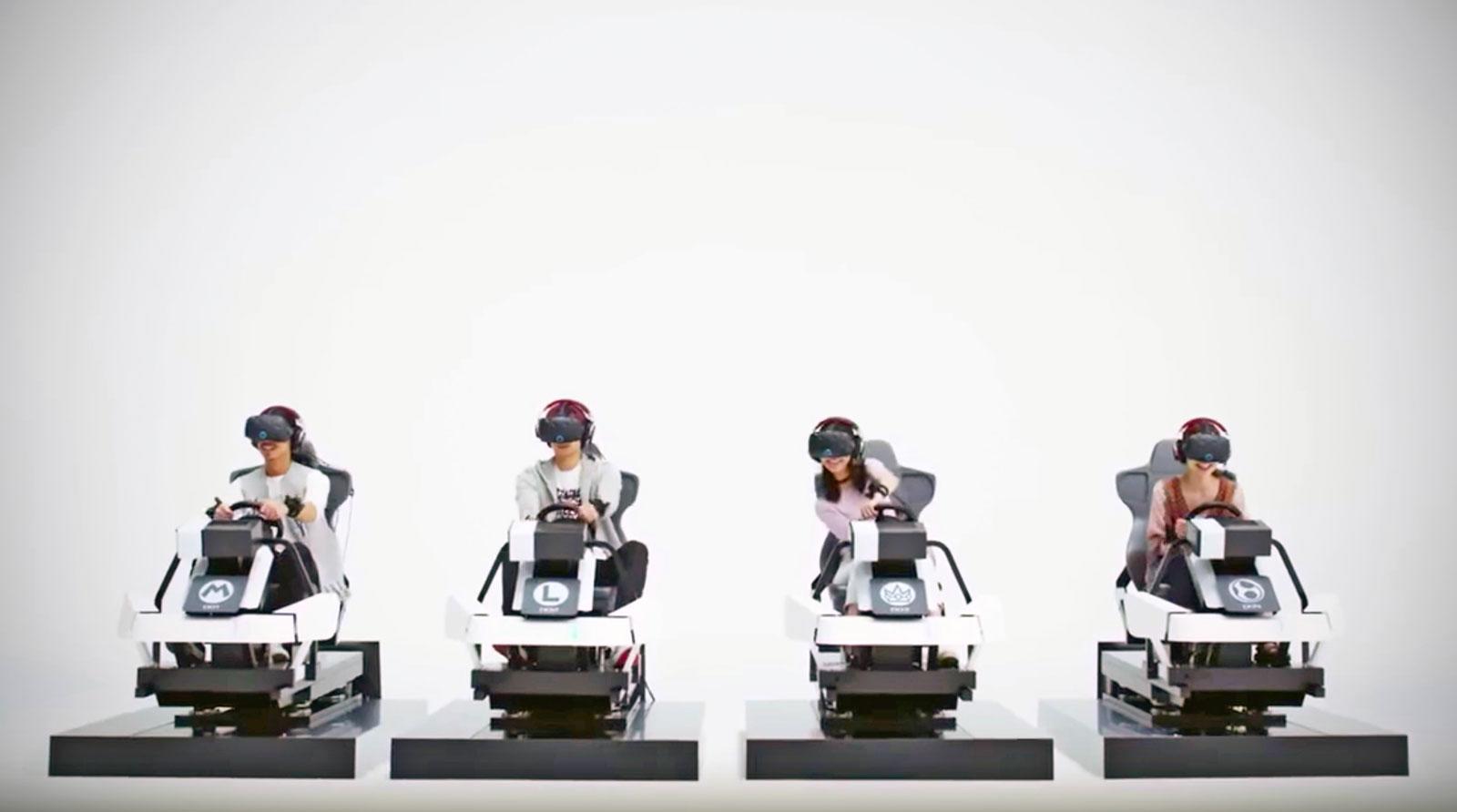 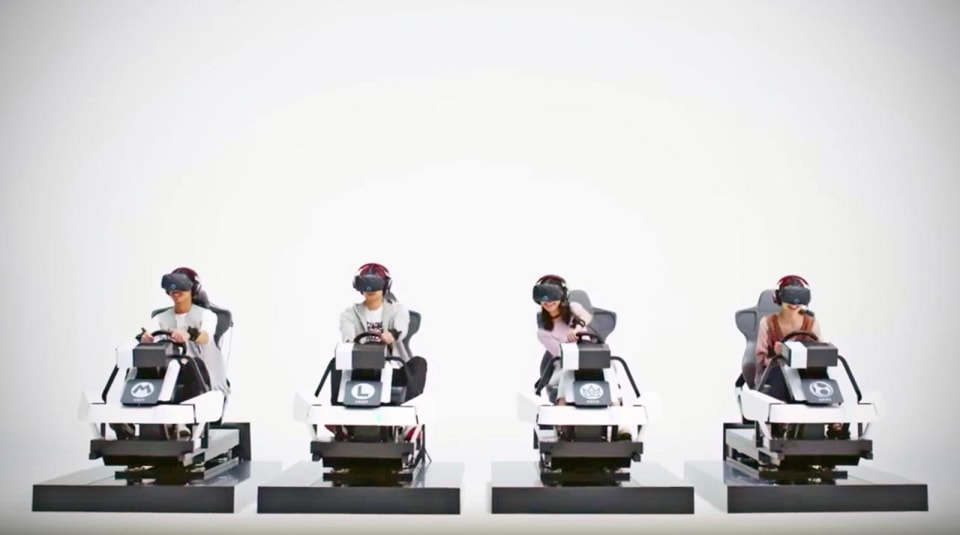 Few things in life are as uniquely stressful as pulling into first place in Mario Kart, only to hear a Blue Shell hurtling at you from behind. There's no escape -- all you can do is close your eyes and accept your inevitable defeat. That experience is going to get infinitely more dreadful for players who visit the VR Zone in Shinjuku, Japan: Bandai Namco has developed a version of Mario Kart for the HTC Vive, complete with the tiny pseudo-cars for players to plop down into.

At this point we don't know a whole lot about the game: it appears briefly in the trailer above, where players use wrist-mounted Vive trackers to hurl items at opponents. Meanwhile, an official listing on the VR Zone website says "the course is filled with the well-known Mario Kart traps and tricks," which is about the least illuminating thing anyone could say about the same. Given how well racing titles like Project Cars fare in virtual reality, though, we're pretty confident that this version of Mario Kart is going to be a damn good time. And for what it's worth, Japan Times reporter Kazuaki Nagata seemed to enjoy playing an early version of the game.

While this is the first major Nintendo property to take the leap into VR, it's not clear to what extent Nintendo actually worked on this. True fans will remember that Bandai Namco developed the Mario Kart Arcade GP series in the mid-2000s; Nintendo mostly handled the publishing. In any case, it's not hard to look at this as a VR test balloon for one of the world's most prominent video game companies. Sony has already marked its territory with the launch of PlayStation VR, and Microsoft has dumped considerable time and effort into its alternate reality work... even if it doesn't seem like the powerful new Xbox One X will support VR soon.

In any case, it was smart of Nintendo to let one of its most social franchises dive into VR first. As we recently learned after a trip to HTC's Viveland arcade, social VR experiences can be far, far more fun than immersive games where you're basically left to your own devices.

In this article: applenews, arcade, arcades, av, gaming, htc, mario, mariokart, nintendo, racing, virtualreality, vive, vr
All products recommended by Engadget are selected by our editorial team, independent of our parent company. Some of our stories include affiliate links. If you buy something through one of these links, we may earn an affiliate commission.