Facebook Messenger is getting faster, lighter and more secure in 2019

There'll be a desktop app, a "watch party" feature and end-to-end encryption.

Facebook Messenger has undergone a lot of changes in the past few months. With Messenger 4, for example, it did away with clutter by going from nine tabs to four, and simplified the interface so it was easier to send a photo and start a video call. It also introduced dark mode, threaded replies, and a ten-minute unsend window. At F8 2019, Facebook's annual developer conference, the company announced there would be even more changes coming to Messenger in 2019. New features include a more lightweight app, a dedicated area for close friends and family, a "watch party" feature, a desktop app, and end-to-end encryption.

The first big change is that Messenger will be faster and lighter than before. To emphasize just how much quicker the new Messenger app is, Facebook has given it an internal name of "LightSpeed." It will supposedly launch in under two seconds, and is less than 30MB, which is around 70MB less than the current iteration. That's a far cry from the heavy, bloated Messenger that was around just a year ago.

Another new feature is a dedicated area in the Messenger app for close friends and family, which will contain everything from Stories to private images and videos that you share with each other. It's unclear what this will look like just yet, but this sounds a little similar to the Close Friends feature that already exists on the main Facebook app as well as on Instagram Stories.

Video is another area of growth for Facebook. According to the company, around 410 million people use video chat on Messenger each month, and around two billion minutes per day is spent watching video on Facebook. So it makes sense that Facebook would attempt to merge the two by introducing a "watch party" style feature on Messenger, which was hinted at last year in an internal test. This would let you and your friends discover and watch videos on Facebook at the same time, which can be done either in a group text, or a group video chat. 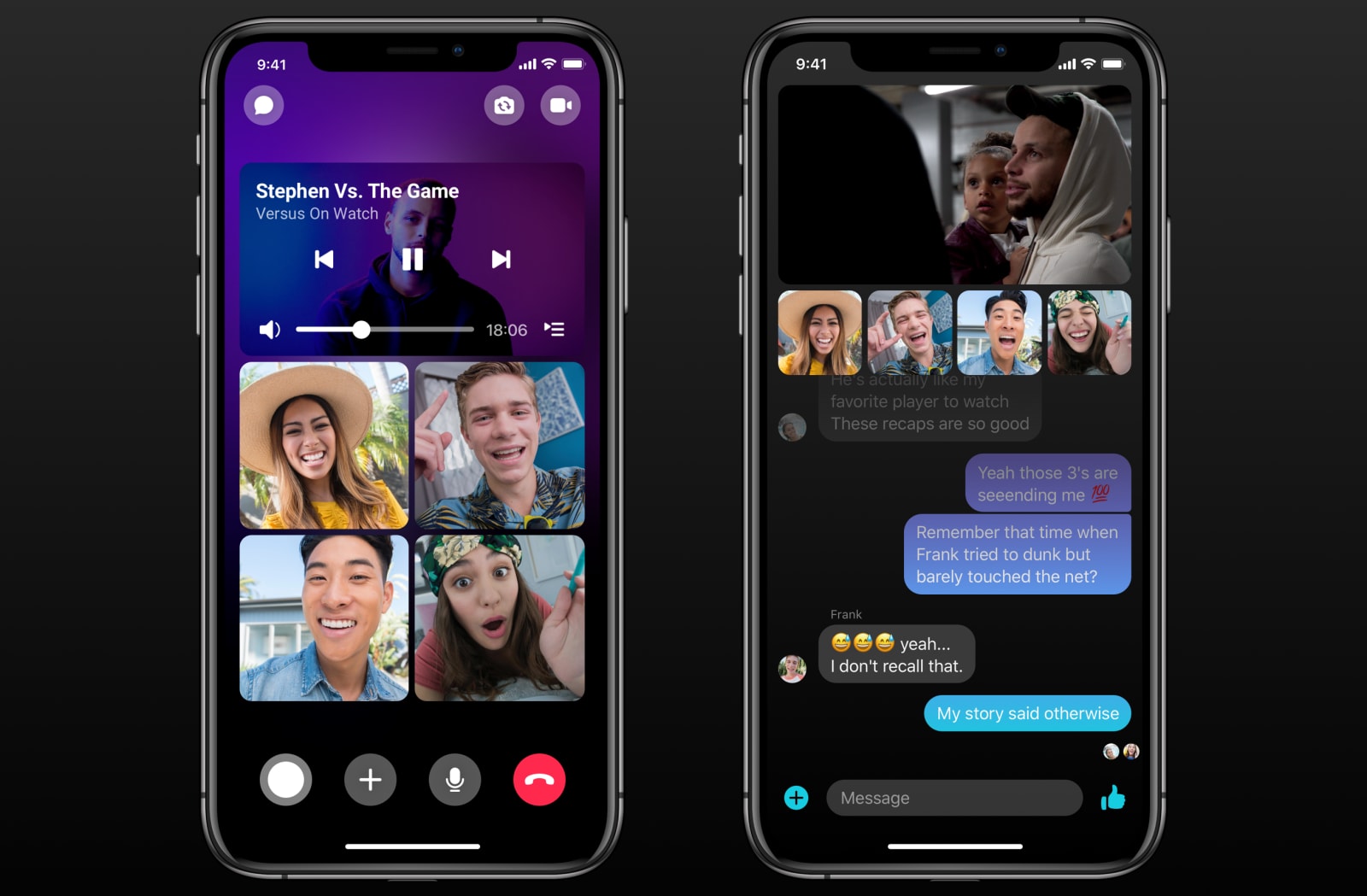 It's perhaps unthinkable that Facebook has never introduced this before, but one more product that the company hopes to release this year is a desktop Messenger app. It'll be available for both Windows and MacOS, and it'll be able to do pretty much everything the browser version can. According to the company, the desktop app will have all the same features as the one on your phone, such as group calls, multi-tasking and more.

Last but certainly not least, Facebook said that it will eventually make Messenger have end-to-end encryption by default. This is in line with CEO Mark Zuckerberg's message a few months ago where he said Facebook will undergo a "privacy-focused" revamp, which was prompted in large part by the security breaches and data harvesting scandals that have plagued the company recently.

Along with regular consumers, Facebook Messenger has a lot of business users too. According to the company, there are over 40 million active businesses on Messenger, many of which use it to communicate with their customers. One upcoming new feature for businesses on Messenger is an appointment booking system that'll hook into the business' internal calendar, so that customers can easily schedule, change or cancel their appointments.

Facebook hasn't given any real dates on when the new Messenger will roll out, but it appears to be very soon. All of these features are currently under testing, and will hopefully arrive in an app store before the next F8 comes around.