It's not just the Apple Watch powering the smartwatch market's growth

The field grew by nearly half in early 2019 thanks to Samsung and others.

The smartwatch market is still growing at a breakneck pace several years in. Counterpoint Research estimated that smartwatch shipments jumped by 48 percent year-over-year in the first quarter of 2019 -- no mean feat in a season that's typically quiet. The Apple Watch's leading share barely budged at 35.8 percent, although that came precisely because its shipments grew a sizeable 49 percent. The real stars of the show were some of Apple's rivals, though, as they enjoyed success they haven't had in a while.

Samsung's return to form with the Galaxy Watch paid off as its shipments climbed a whopping 127 percent, giving it 11.1 percent of the smartwatch space. Fitbit's revival continued with a surge to 5.5 percent of the field. And Huawei's clout in the smartphone world clearly rubbed off on the Watch GT, as its share grew from nearly nothing to 2.8 percent.

That's not to say that everything was rosy. Fossil, Garmin, Amazfit and Imoo all saw their share dip. Still, the data suggests that most larger smartwatch makers are on the right track. In addition to the usual refinements, perks like LTE data and the Apple Watch's ECG are helping these devices become genuinely useful tools for communication and health, not just nice-to-have luxuries. 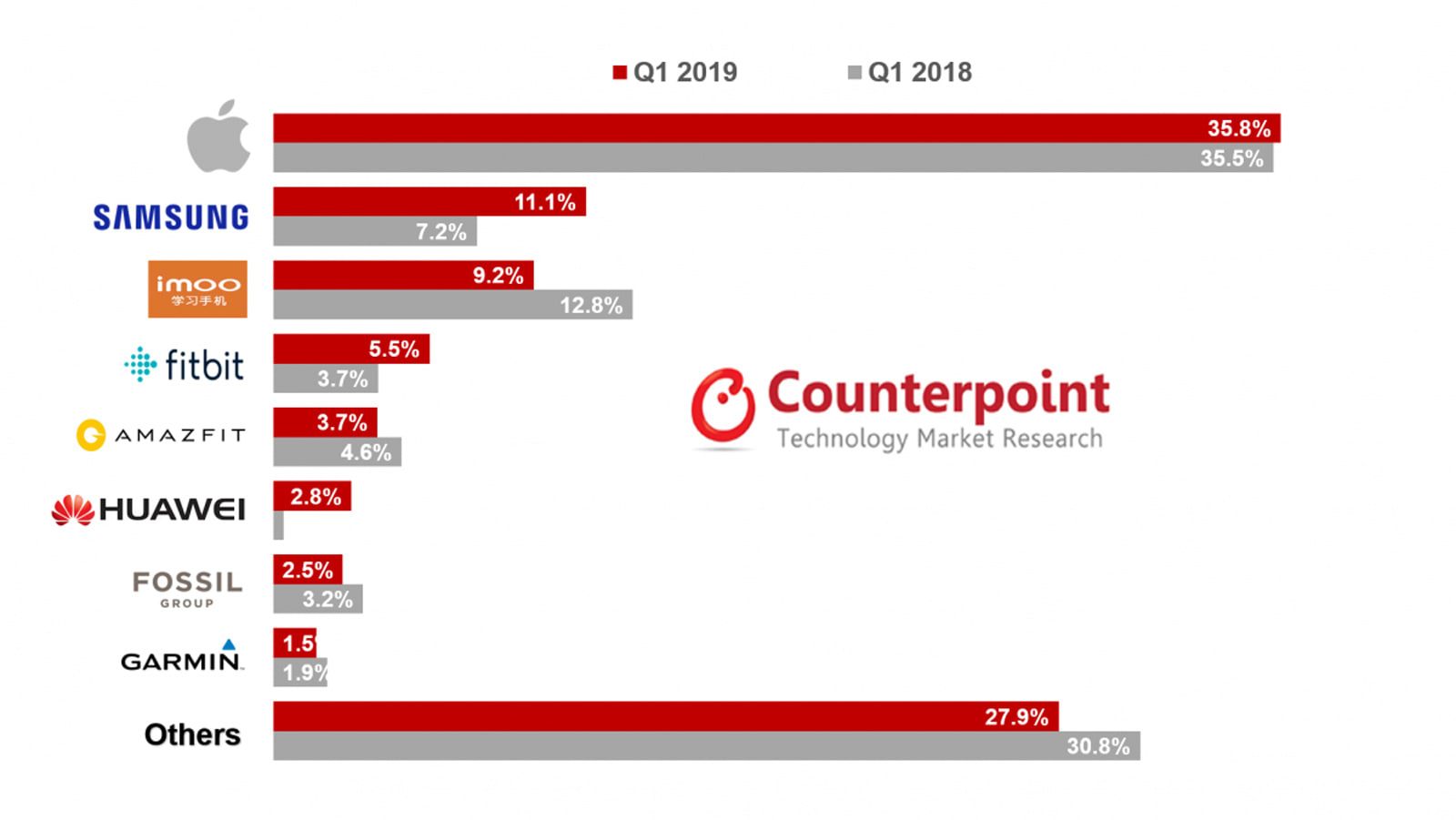 Turn on browser notifications to receive breaking news alerts from Engadget
You can disable notifications at any time in your settings menu.
Not now
All products recommended by Engadget are selected by our editorial team, independent of our parent company. Some of our stories include affiliate links. If you buy something through one of these links, we may earn an affiliate commission. All prices are correct at the time of publishing.
It's not just the Apple Watch powering the smartwatch market's growth
amazfit
apple
apple watch
fitbit
fossil
galaxy watch
garmin
gear
huawei
imoo
market share
mobile
q1 2019
samsung
smartwatch
wearable
wearables