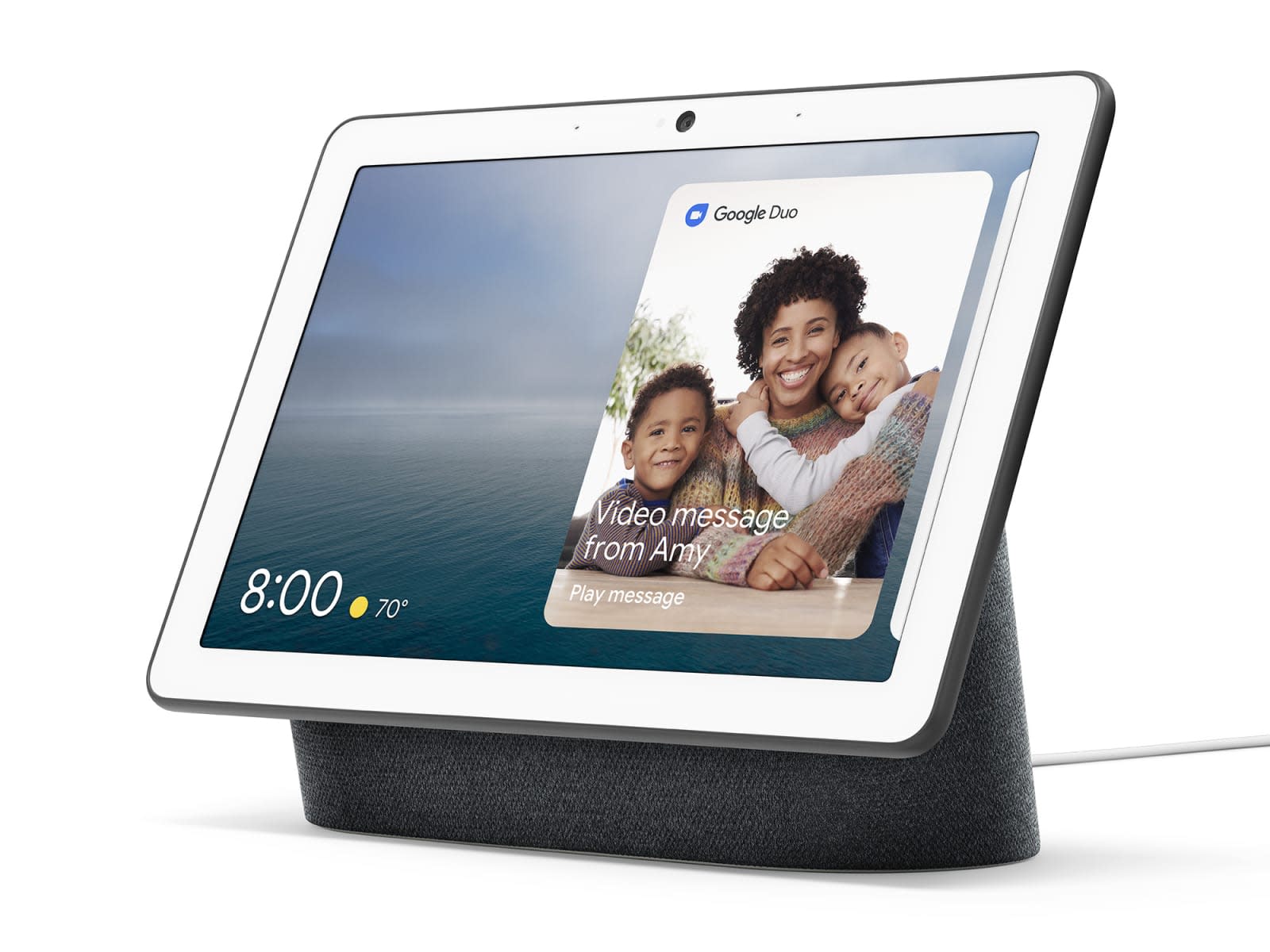 When we saw a leak of a device called the Google Nest Hub Max in March, we thought it was a little unusual. Why would a Google Hub device have the Nest branding on it? Now, we know why. At Google I/O, the company announced that it is finally folding its Home brand of products into Nest, and the first product from this Home-Nest team is, indeed, the Google Nest Hub Max. 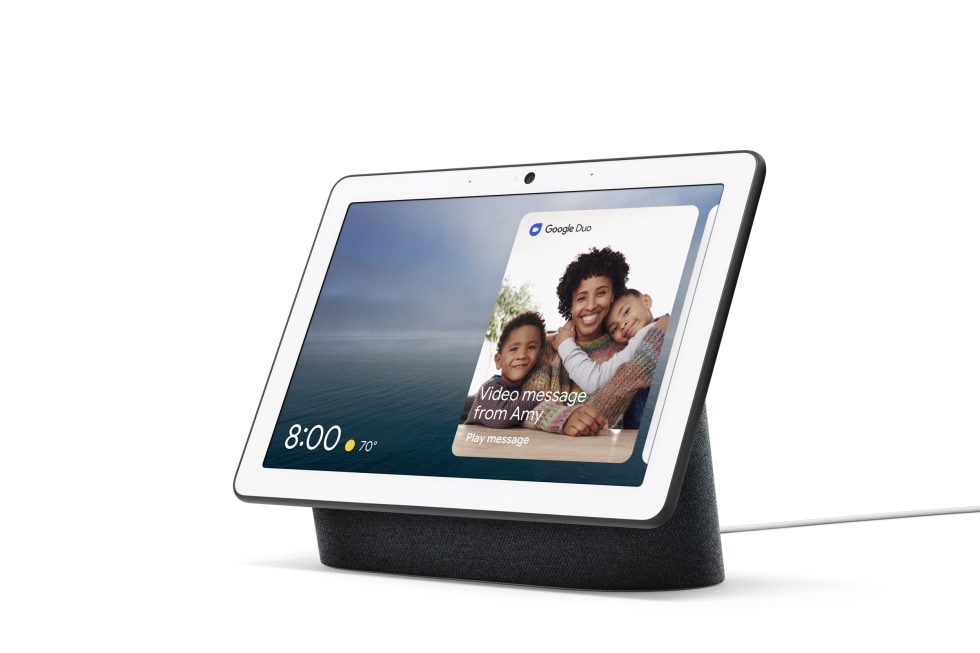 As its name suggests, the Nest Hub Max looks to be a larger, more capable version of last year's Google Home Hub. It has a 10-inch HD screen, which makes it better suited for shared spaces like the kitchen or a large living room. As with the Home Hub, the Nest Hub Max can play videos and show off your Photos collection, just in larger form factor. It also has light sensors so the screen's brightness and warmth will adjust appropriately according to its surroundings.

But size is not the Nest Hub Max's only differentiator. It also has a camera (6.5-megapixels), which the Home Hub does not. Much like a Nest Cam, you can use it as a security cam when you're away, and turn it on and off. It can also notify you if it detects motion, or if it doesn't recognize someone.

Like a lot of other Google Smart Displays, you can also use the camera to make video calls via Google Duo. What's unique with the Nest Hub Max is that it has a unique feature called Auto Framing that essentially follows your face as you move around a room, automatically centering it. It seems to be very similar to the camera-panning trick that's in Facebook's Portal. Another unique Nest Hub Max feature is Quick Gestures. Instead of just using your voice to control the video or music, you can just look at it and raise your hand.

What's more, the Nest Hub Max also has the option for Face Match, so that it'll automatically recognize you. This way, it'll show you just your specific information, like your day's appointments, for example. This could be potentially quite useful if you live in a multi-person household.

One of the Home Hub's advantages was its lack of camera, as it helped to alleviate privacy concerns. The Nest Hub Max does have a camera, however, so Google built in a few privacy measures into the hardware. For one thing, whenever the camera is on, a green LED indicator will light up. You can also disable camera features, and there's a hardware switch that shuts off both the microphone and the camera.

The Nest Hub Max will be available for $229 later this summer. Also, last year's Home Hub is getting renamed to Nest Hub, and is now available for just $129 (It was previously $149). It is shipping to 12 new countries: Canada, Denmark, France, Germany, India, Italy, Japan, the Netherlands, Norway, Singapore, Spain and Sweden. Last but not least, the pricing for Google Home is now $99 and the Google Home Max is now $299.

In this article: gear, google, google assistant, googleio, googleio2019, home, nest, nest hub max, personal computing, personalcomputing, smart display, smartdisplay
All products recommended by Engadget are selected by our editorial team, independent of our parent company. Some of our stories include affiliate links. If you buy something through one of these links, we may earn an affiliate commission.