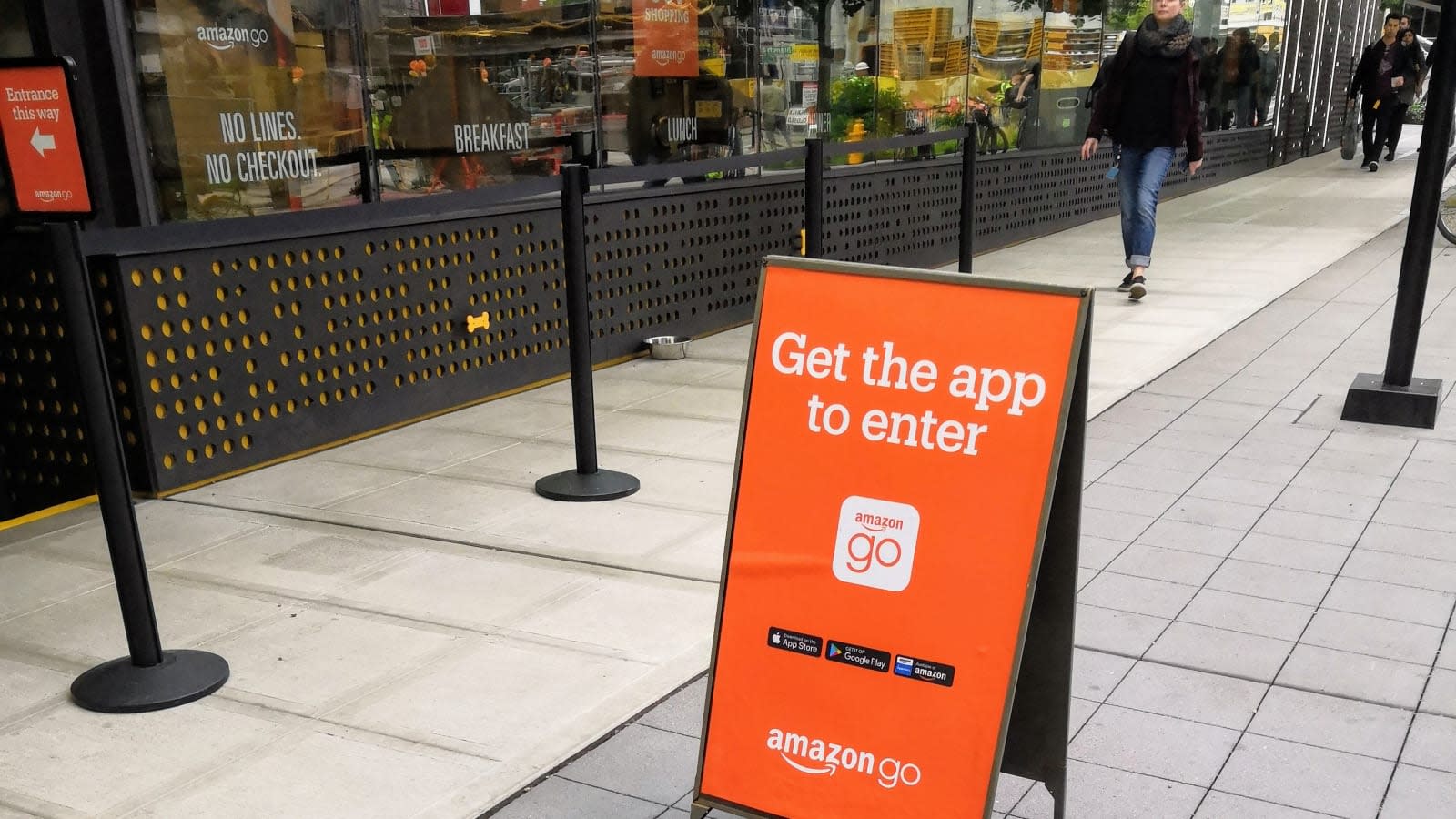 Interestingly, the new branch will accept cash, a major diversion from its original purpose of super-streamlining the shopping process. Up to now, customers needed to download the Amazon Go app (separate from Amazon's other apps) before entering the store, then check themselves in through turnstiles with the QR code in their app, pick up anything they want in the shop, then leave. The store's sophisticated item tracking system knows what a customer has selected -- even if they put it straight into their pocket -- and bills them automatically via the app.

However, there's been some backlash against Amazon Go and cashless systems in general, which are seen as discriminating against people who don't have the means to switch away from cash. Philadelphia has already banned cashless stores, and similar legislation is under consideration in San Francisco, Chicago, Washington, DC -- and New York.

The concession requires a significant deviation from the usual Amazon Go process: according to WTHR, customers wanting to pay cash will have to be swiped in by an employee rather than entering autonomously, then have their chosen products scanned by a staffer, who conducts the checkout process for them. There won't be cash registers, but Amazon will presumably need cash floats on hand to provide change.

An Amazon spokesperson told the same publication that the cash process may change: "This is how we're starting," says Cameron Janes, who looks after Amazon stores, "We're going to learn from customers on what works and what doesn't work and then iterate and improve it over time."

The New York store has 1,300 square feet of retail space and sells products by local vendors including Magnolia Bakery, Epicured and Hale & Hearty. It will also offer ready-to-eat meals and snacks made by Amazon's kitchen team.

In this article: amazon, amazon go, business, new york, retail, services, tomorrow
All products recommended by Engadget are selected by our editorial team, independent of our parent company. Some of our stories include affiliate links. If you buy something through one of these links, we may earn an affiliate commission.