Riot Games is expanding 'League of Legends,' even in the midst of scandal

The Lux comic book, made with Marvel, is just one step.

League of Legends has been online for nearly 10 years. During that time, it's competed with newcomers like Dota 2, PUBG, Overwatch, Fortnite and a slew of online first-person shooters, yet it's managed to remain one of the most popular games on the market, reporting 100 million monthly active players in 2016. One reason for this is the fact that League of Legends is free to download, with tiers of characters and items unlockable via microtransactions and playtime. However, a game can't survive for long if players don't stick around, which is why developers at Riot Games are constantly working on ways to evolve and enrich the League of Legends universe, both on and off the screen. 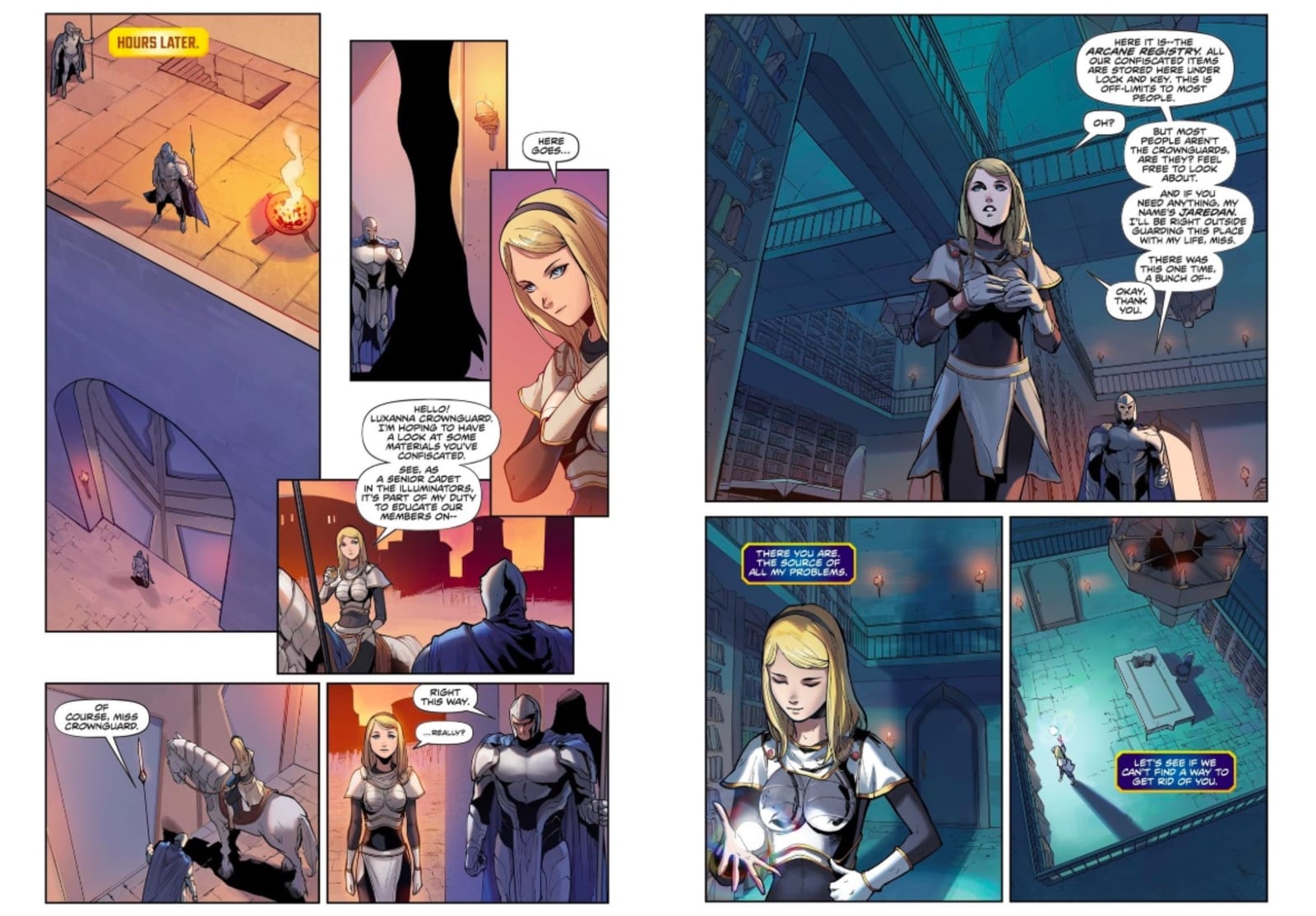 The latest bit of League lore building comes in the form of a comic book whose first issue drops today, created in partnership with Marvel. The comic focuses on Lux, a mage who lives in the high society of Demacia, a principled and prosperous city that a Dungeon Master might describe as lawful good. In other words, it's kind of dull.

"I personally have always kind of viewed Demacia, which is the region where the Lux story takes place, as a little potentially boring," head of creative development Greg Street told Engadget. "Certainly the way we portray it, it seems like it's kind of a perfect society where nothing bad happens."

Street is in charge of Riot's new media endeavors, leading creative teams in League studios across the world. He's partly responsible for the franchise's music videos and in-game lore nuggets, and he even helped launch a new pop group last year. The group, K/DA, consists of four in-game characters -- Ahri, Akali, Evelynn and Kai'Sa -- all of whom performed as holograms alongside their real-world singers to kick off the 2018 League World Championships.

Street has also helped release a handful of one-shot Marvel comics about another champion, Ashe, though the Lux story is a little larger. This time around, it'll come in multiple, connected issues, allowing writers to tell a deeper tale.

Demacia is fertile ground for storytelling, since it is such a blank, boring slate (Street's words, not ours). Avatar: The Last Airbender writer John O'Bryan is penning Lux's story, and in the process, Riot's creative team is pulling apart League's shining city to find the intrigue within. In Demacia, magic is viewed as a threat and people with superhuman abilities are oppressed -- so, of course, some of them want to rebel. Lux is born into the nobility of Demacia, but she's a powerful mage, and the story follows her struggle with these dual loyalties. 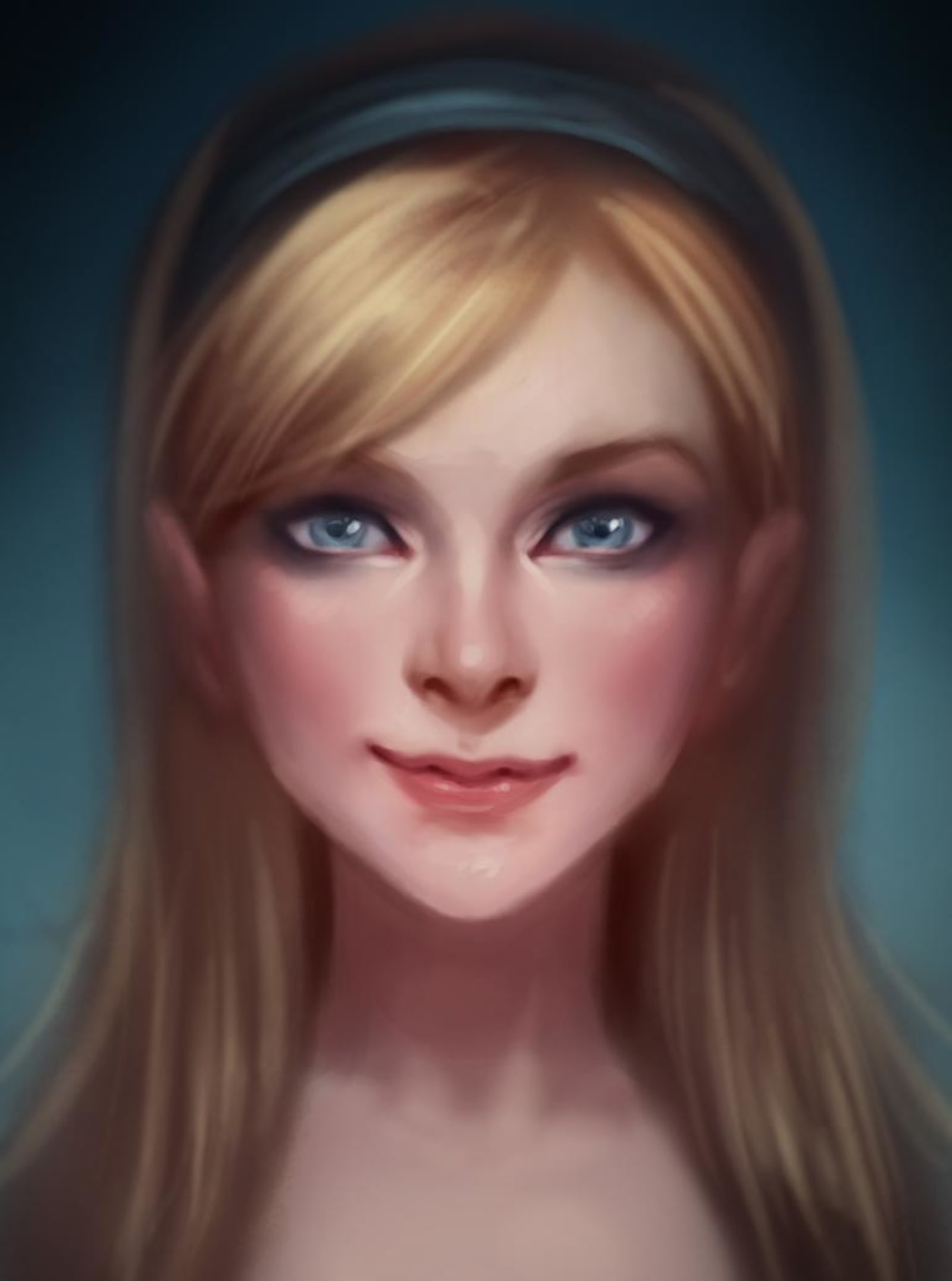 "It's almost like an inverse of the Harry Potter world, where the Muggles are in charge and the magic-using people are kind of kept as lower on the caste system," Street said. "So we're not trying to make Demacia into a terrible place or ruin what people may love about it, but we also want to show a little more nuance there, because I think that has some fun storytelling potential."

Comics are a low-impact way for Riot to test out new ideas, Street said, though they aren't the studio's end game. It's partnered with Marvel, after all, a company that has transformed a graphic novel business into one of the defining multimedia empires of this generation with the Avengers series and all of its spin-offs.

"We'll see what resonates, and maybe that'll give us ideas for future games," Street said. "Maybe we'll be able to get into more single-player narrative games someday. We'd like to dabble in things like books or maybe someday TV or film. ... We're kind of years away from that. But we're trying to follow in their footsteps."

Fans will certainly let Riot know what they think of any new endeavors. The official League of Legends Twitter account shared the announcement of the Lux comic series on April 24th, complete with an animated preview, and after a day of teasers, and fans immediately responded. As usual on Twitter, most of the comments were memes and jokes, though a lot of folks were disappointed that the big reveal was a comic series rather than a new champion. One user replied, "Give us a novel already," and the tweet received about 50 likes.

In the shining city of Demacia, order reigns. The realm is safe and the people are happy—unless you're a mage. pic.twitter.com/olYPxZjy6J

Dealing with needy fans is par for the course in AAA game development. Riot, however, has faced an even harsher, more consequential line of criticism over the past year. A 2018 investigation by Kotaku revealed an entrenched culture of sexism at Riot Games, based on conversations with 28 current and former employees. The report found that women were routinely overlooked for promotions and were unfairly criticized for behavior lauded by their male colleagues, while the mostly male leadership team set a frat-house tone across the studio.

Early this year, five current and former employees filed lawsuits against Riot alleging it violated California's Equal Pay Act and fostered gender-based discrimination. In April, Riot filed a motion that forced two of these women into private arbitration, meaning the matter would be settled outside the legal system. Riot said the women had signed arbitration agreements when they were hired.

This move sparked renewed action within Riot. Some employees argued private arbitration was a way for Riot to avoid actual punishment or change, and yesterday, more than 150 employees at Riot's Los Angeles office walked out for two hours in protest. The walkout ended with employees promising to pursue further action if Riot doesn't make a clear commitment on forced arbitration by May 16th.

Riot updated its stance last week, saying, "We will give all new Rioters the choice to opt-out of mandatory arbitration for individual sexual harassment and sexual assault claims. At that time, we will also commit to have a firm answer around expanding the scope and extending this opt-out to all Rioters." Those at the protest wanted to ensure all employees will be able to opt out of arbitration. 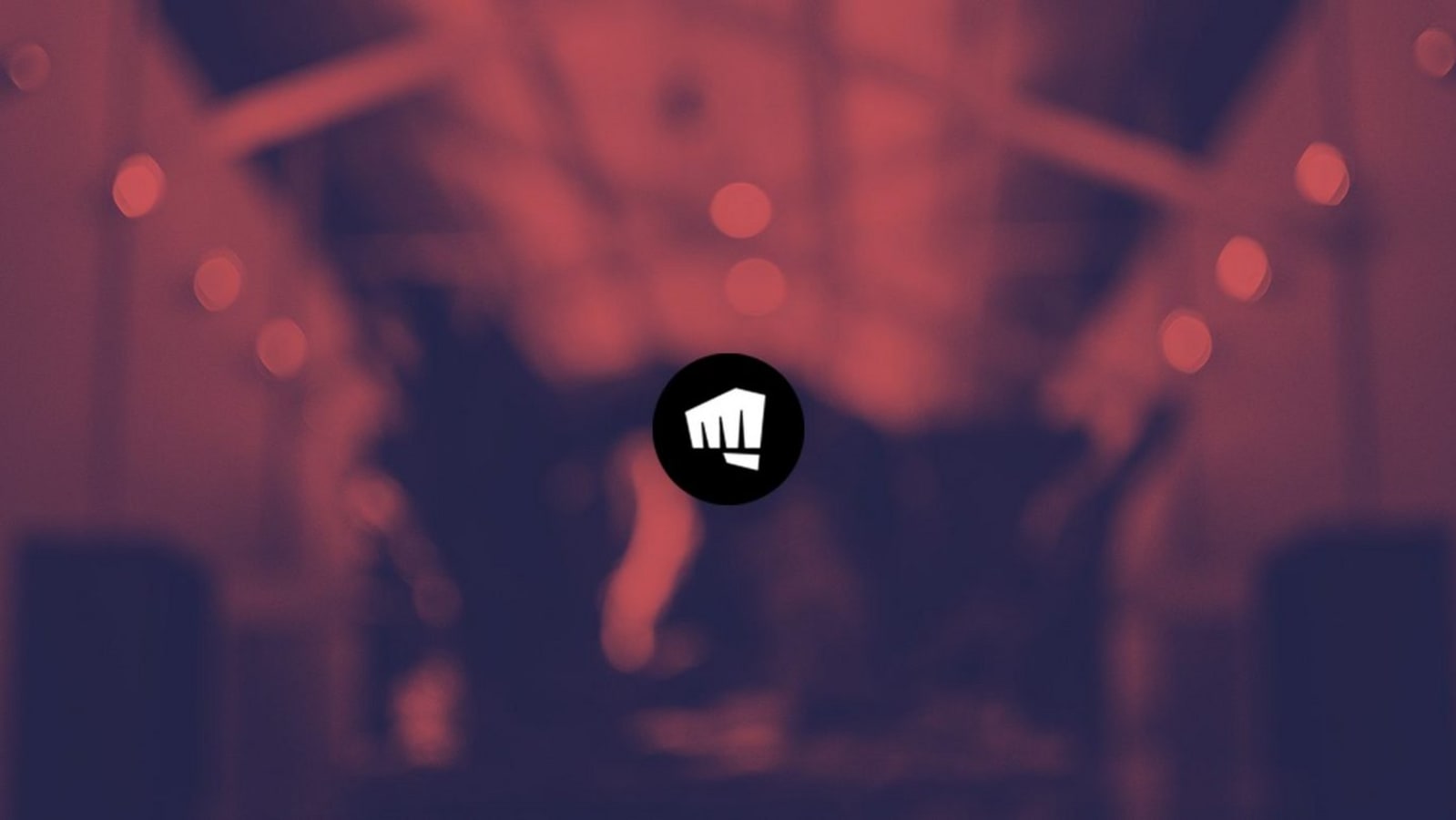 I spoke with Street on Monday, 30 minutes before the walkout was set to begin.

"Riot is a place with -- it was born of passion," Street said. "Initially the company was founded by people who were kind of frustrated at the state of the game industry and almost had this calling to make a game. So you end up with this company of really passionate, outspoken people who want to make the world a better place and blow players' minds. So I think it's not surprising that you would see people here be so driven and so passionate about trying to fix what they view as things that need to be improved."

League of Legends and all of its associated creative efforts are still chugging along. Street is optimistic about the future of the franchise, even if he doesn't know what form it will eventually take or how fraught the path to that goal will be.

"You need conflict to tell good stories," Street said. "And there's plenty of conflict around, like, nation versus nation or good versus evil. But I think the more interesting, maybe even relatable, conflicts are kind of within."