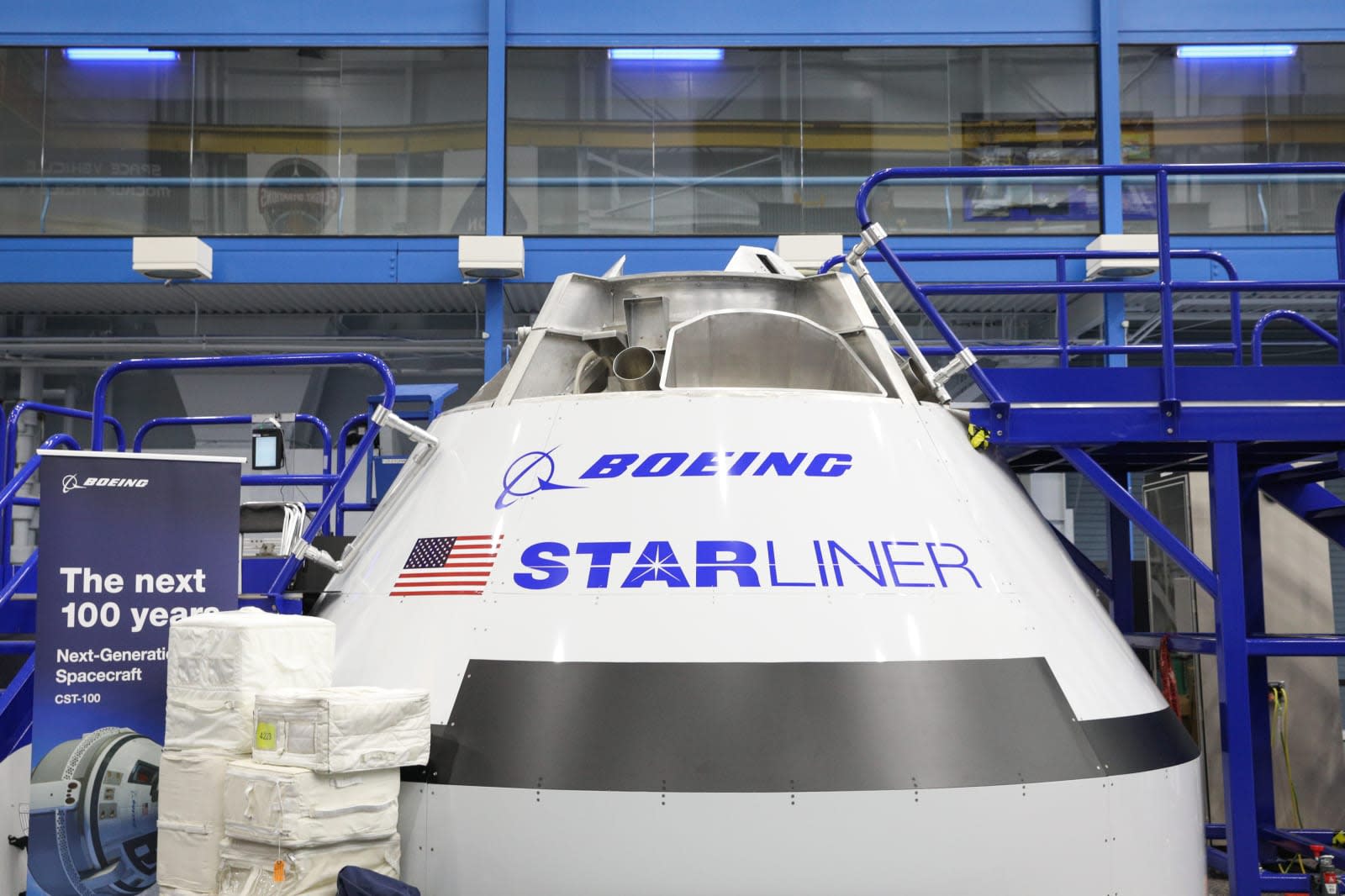 As SpaceX and Boeing continue with their commercial crew space race, Boeing posted this video showing a test of the parachutes on its Starliner vehicle. The plan is for the crew to parachute down in the American southwest after departing the ISS aboard Boeing's spacecraft, and keep it in good enough shape to be reused up to ten times.

We've seen video of similar tests for the SpaceX Dragon capsule, and even close-up images of the Starliner crashing down on its airbags. The spacecraft's first uncrewed flight test has been pushed back repeatedly and is now on the schedule for August -- while we hope we never see these features deployed, they're important to test before anyone actually takes a ride in the thing.

Check out this behind-the-scenes footage of #Starliner's latest parachute test. It's part of our path to qualify the entire landing system to fly @NASA_Astronauts. pic.twitter.com/rO5a6XLiLu

In this article: Boeing, CST-100, gear, parachute, parachute test, space, Starliner, transportation
All products recommended by Engadget are selected by our editorial team, independent of our parent company. Some of our stories include affiliate links. If you buy something through one of these links, we may earn an affiliate commission.