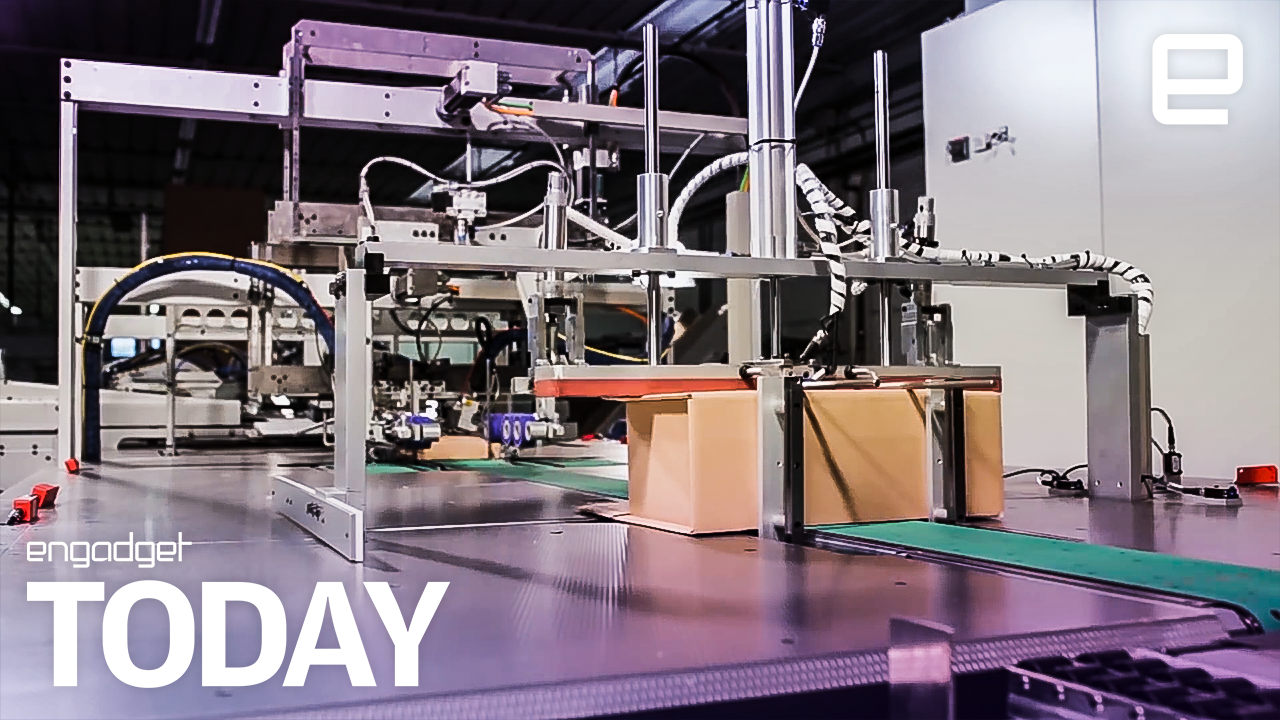 A few weeks ago, Amazon said it will be at least 10 years before the company is running fully-automated warehouses. But partial automation is already underway. According to Reuters, Amazon is considering installing two machines at dozens of warehouses that have the potential to replace at least 24 jobs at each location. If Amazon were to roll the machines out across its 55 US fulfillment centers for standard-sized inventory, that could lead to more than 1,300 job cuts.

Sources told Reuters that Amazon is considering the CartonWrap machines from CMC Srl, which can build boxes around custom orders and add seals and labels. The machines can reportedly build 600 to 700 boxes per hour, which is four to five times faster than a human. And with the machines sold for $1 million, Amazon could recover its costs in under two years, Reuters' sources said.

Apparently, Amazon has already installed a handful of the machines in warehouses near Seattle, Frankfurt, Milan, Amsterdam and Manchester. They could also find their way into the nearly two dozen US fulfillment centers Amazon is preparing for small and non-speciality inventory. And the company isn't alone. Walmart Inc, Shutterfly Inc and JD.com Inc also use CMC's packing machines, sources told Reuters.

This is seen as a way to boost automation while retailers wait for robotics that can delicately lift and sort items. While these machines might replace humans, rather than lay off workers, Amazon might simply stop filling packing roles as they become available. Those have high turnover rates, which is perhaps unsurprising given the working conditions reported in the company's warehouses. In a statement to Engadget, an Amazon spokesperson said, "We are piloting this new technology with the goal of increasing safety, speeding up delivery times and adding efficiency across our network." So, while this is one of the clearer examples of how automation might reduce warehouse jobs, it could also spare workers from those dangerous roles.

Update 05/13/19 6:50PM ET: In a statement to Engadget, an Amazon spokesperson said, "We are piloting this new technology with the goal of increasing safety, speeding up delivery times, and adding efficiency across our network. We expect the efficiency savings will be re-invested in new services for customers, where new jobs will continue to be created."

In this article: amazon, AOLoriginals, automated, automation, boxing, business, cartonwrap, CMC, daily show, engadget, Engadget Today, engadget video, entertainment, gear, job cuts, jobs, retail, robotics, robots, warehouse
All products recommended by Engadget are selected by our editorial team, independent of our parent company. Some of our stories include affiliate links. If you buy something through one of these links, we may earn an affiliate commission.