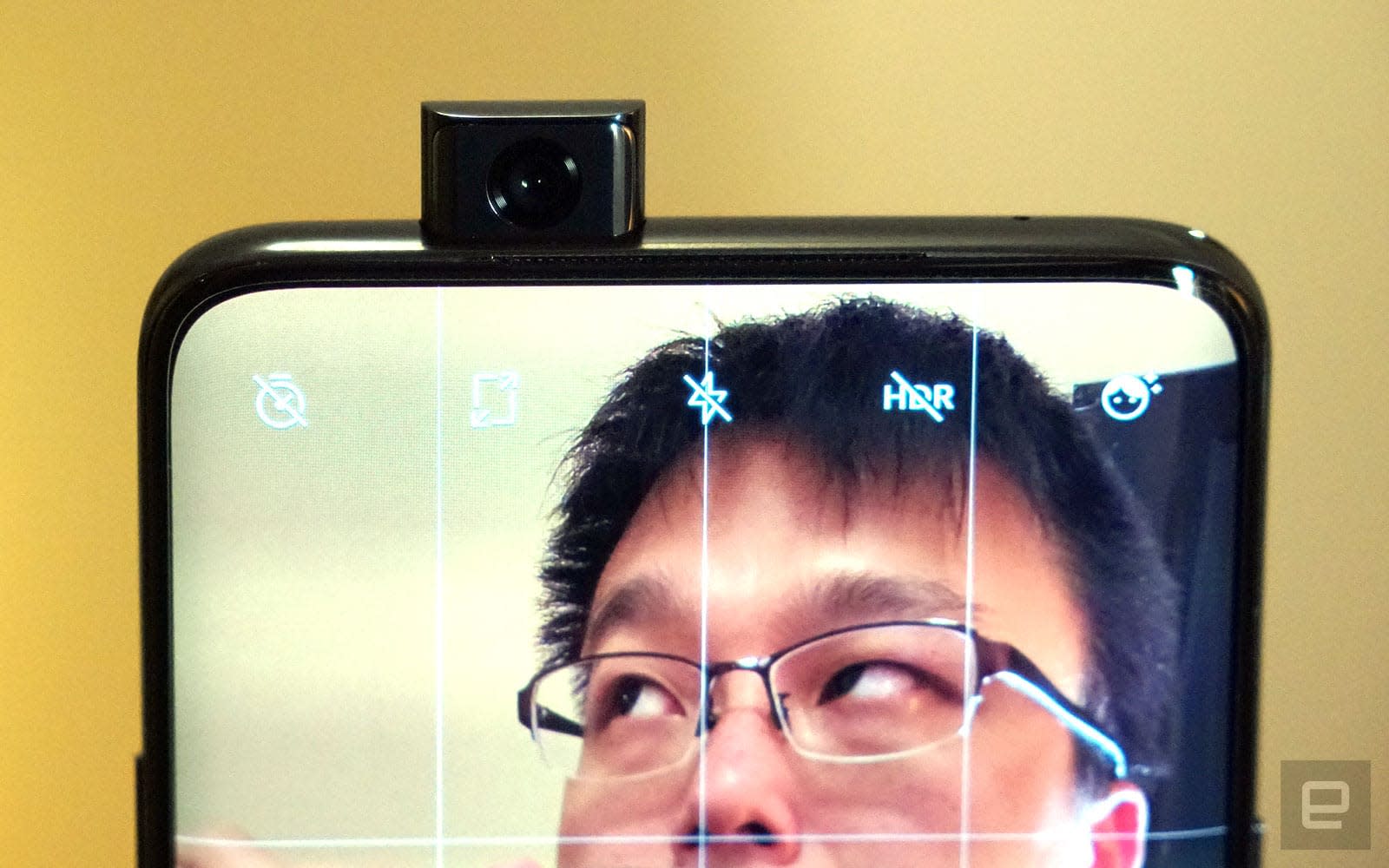 If you can get your hands on the OnePlus 7 Pro -- one of two flagship phones released today -- one of the first things you'll notice is that it's done away with the front-facing notch camera. Instead, OnePlus opted for a pop-up camera. And to prove just how durable it is, the company released a video of the camera lifting a 49.2-pound block of cement.

The pop-up camera, which has a 16-megapixel sensor, makes the OnePlus a true, all-screen smartphone. And it's reportedly been tested to withstand over 300,000 movements, which suggests it will last for more than five years of heavy use. The camera is also able to retract automatically when the phone detects a fall.

The video released today is meant to be a testament to that durability. But tests like these are heavily controlled and fabricated with a clear intent, so the video isn't the best indicator of the pop-up camera's strength. After all, this spring, we watched Samsung repeatedly open and close the Galaxy Fold to prove that it could withstand at least 200,000 folds and unfolds. Shortly afterward, Samsung delayed the phone's launch due to display issues. And as Engadget editor Richard Lai pointed out, there's the risk of dust, or potentially liquid, getting trapped in the pop-up camera's compartment over time.

In this article: camera, cameras, cement, durable, factory stress test, front-facing camera, gadgetry, gadgets, gear, mobile, notch, one plus, oneplus, OnePlus 7 Pro, pop-up, retractable, test, video
All products recommended by Engadget are selected by our editorial team, independent of our parent company. Some of our stories include affiliate links. If you buy something through one of these links, we may earn an affiliate commission.