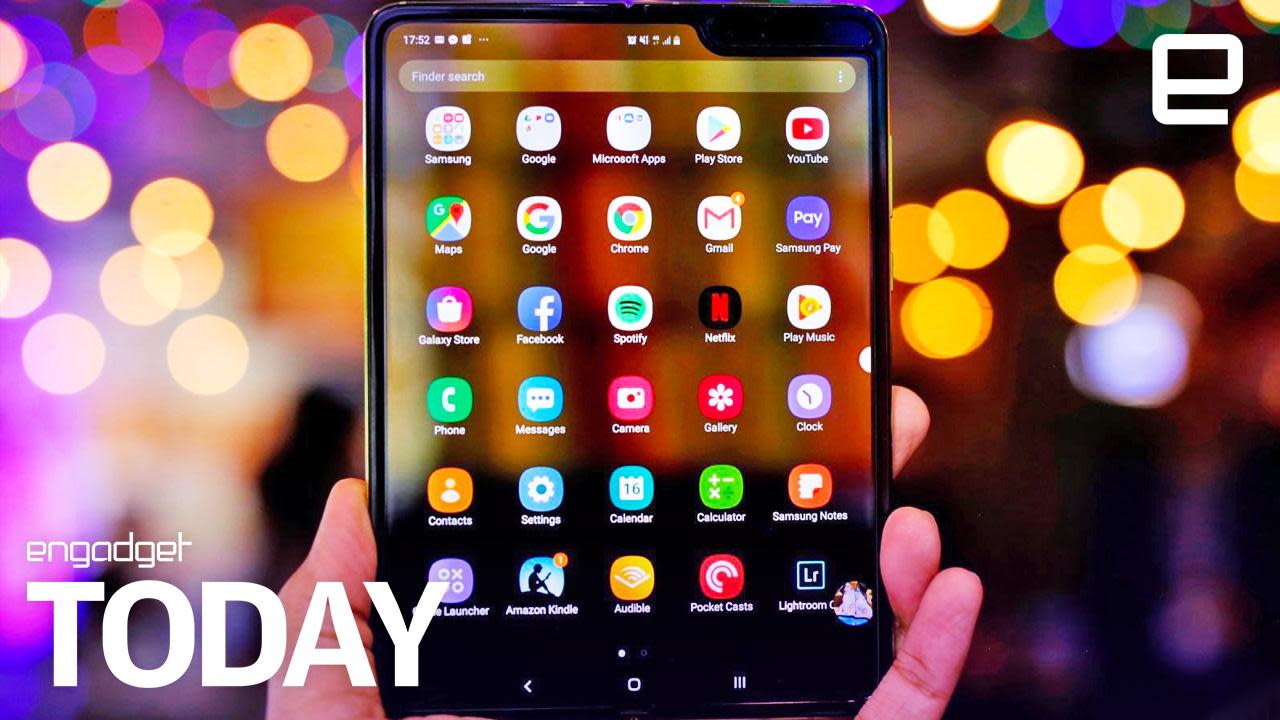 When Samsung said it was delaying the release of the Galaxy Fold to fix its design issues, it didn't really say how it would address the flaws. You might have a clearer idea after today, though. Yonhap News claims Samsung will tuck the protective display layer into the body, preventing users from peeling it off under the mistaken belief that it's an everyday screen protector. It will also block the gaps at the top and bottom of the hinge to prevent debris from wrecking the foldable display, according to the South Korean news outlet.

The firm is supposedly testing the Fold on Korean networks, and the results would affect the timeliness of the release. It's "expected" to arrive in June, Yonhap said, although that's not set in stone.

If this is accurate, Samsung would do what many expected -- directly address the design weaknesses reviewers found ahead of the originally planned April 26th launch. Whether or not these tweaks are enough for everyday users isn't certain. They should prevent glaring durability problems, though, and might reassure early adopters who'd otherwise be jittery.

In this article: AOLoriginals, daily show, engadget, Engadget Today, engadget video, entertainment, foldable, foldable phone, galaxy fold, gear, mobile, samsung, smartphone
All products recommended by Engadget are selected by our editorial team, independent of our parent company. Some of our stories include affiliate links. If you buy something through one of these links, we may earn an affiliate commission.