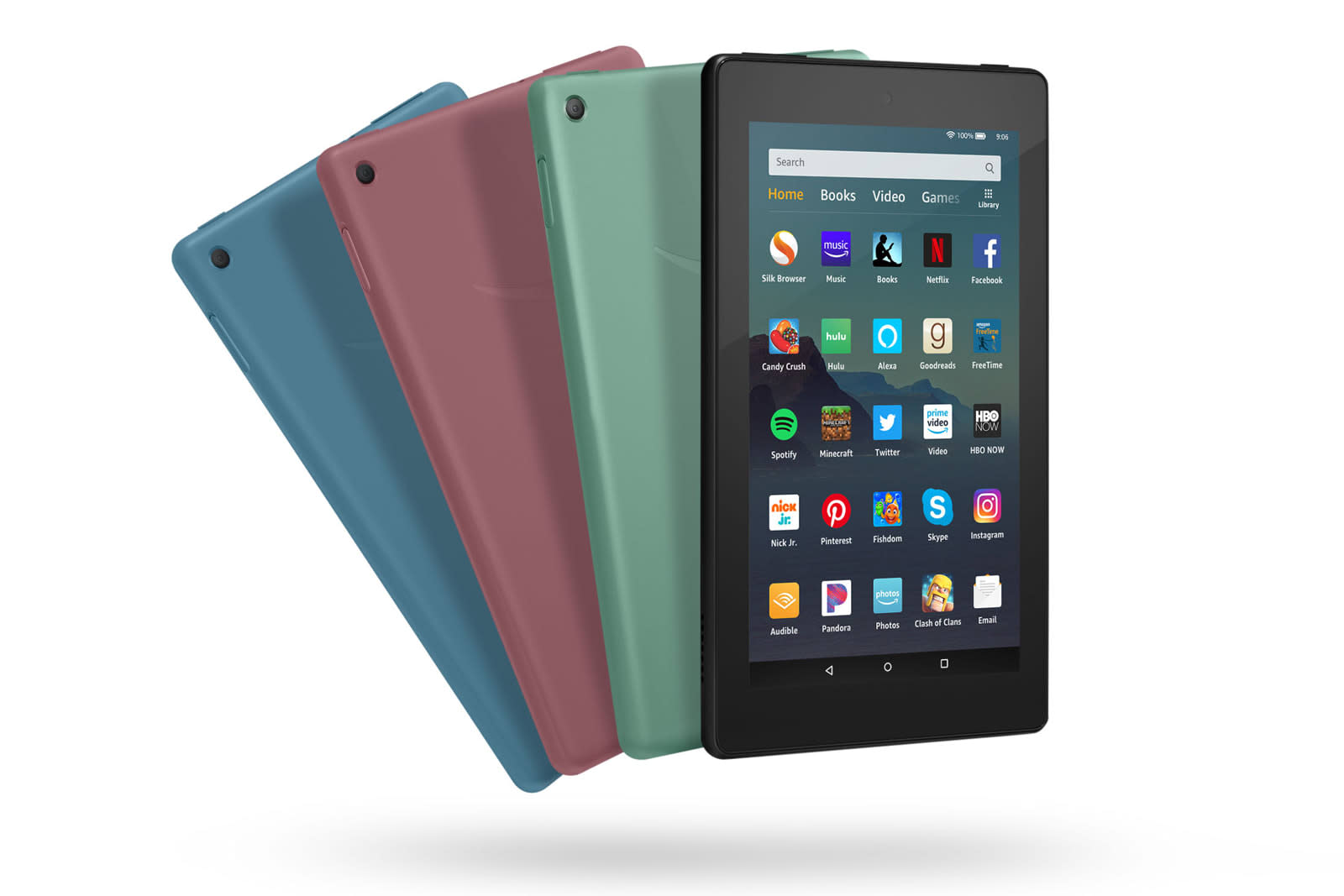 Amazon is giving its starter Fire 7 tablet a much-needed upgrade after two years. The revamped Fire 7 and its Kids Edition counterpart share the familiar 7-inch design, but now include faster processors (still quad-core 1.3GHz chips, though) and twice the storage with either 16GB or 32GB of expandable space. They should be decidedly more futureproof, then. You'll also get a long-overdue 720p front camera (the 2017 model is just 480p) and the obligatory new color options, including Plum, Sage and Twilight Blue.

Don't expect a revolution in other areas. Amazon actually touts less battery life (seven hours instead of eight), and there's no mention of resolution or WiFi upgrades. The Kids Edition you see below is also mostly the same beyond the common improvements, although this year the child-proof rugged case now has an adjustable stand to help young ones watch their shows in comfort.

As always, price is the real draw here. The regular Fire 7 will cost the same $50 as before when it ships on June 6th, while the Kids Edition will cost $100. These are still basic devices meant for Kindle books, videos and the occasional game -- you don't have to worry that you've spent lavish amounts on a tablet that's utter overkill for your needs. 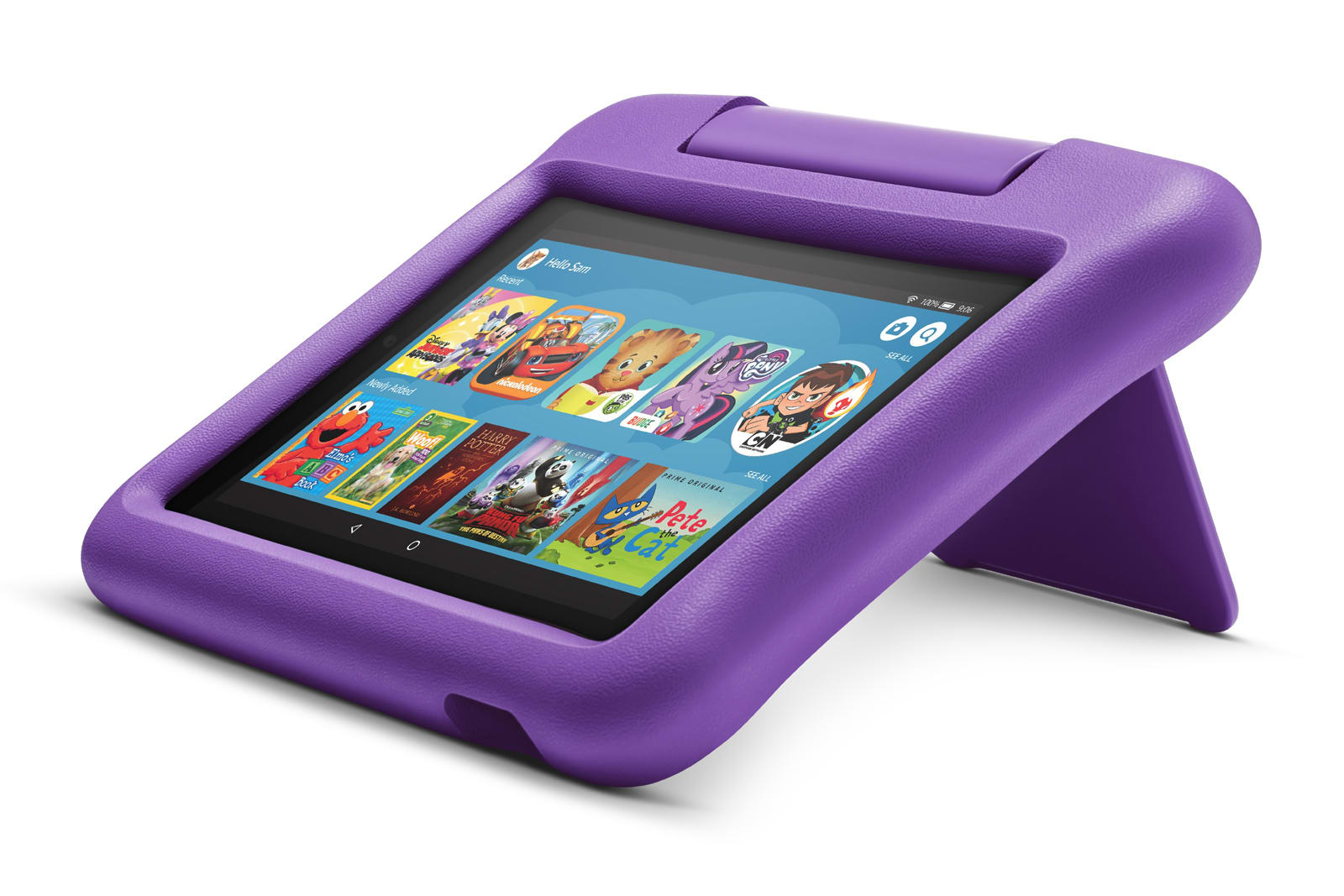 In this article: alexa, amazon, android, fire 7, fire 7 kids edition, fire os, gear, mobile, tablet
All products recommended by Engadget are selected by our editorial team, independent of our parent company. Some of our stories include affiliate links. If you buy something through one of these links, we may earn an affiliate commission.