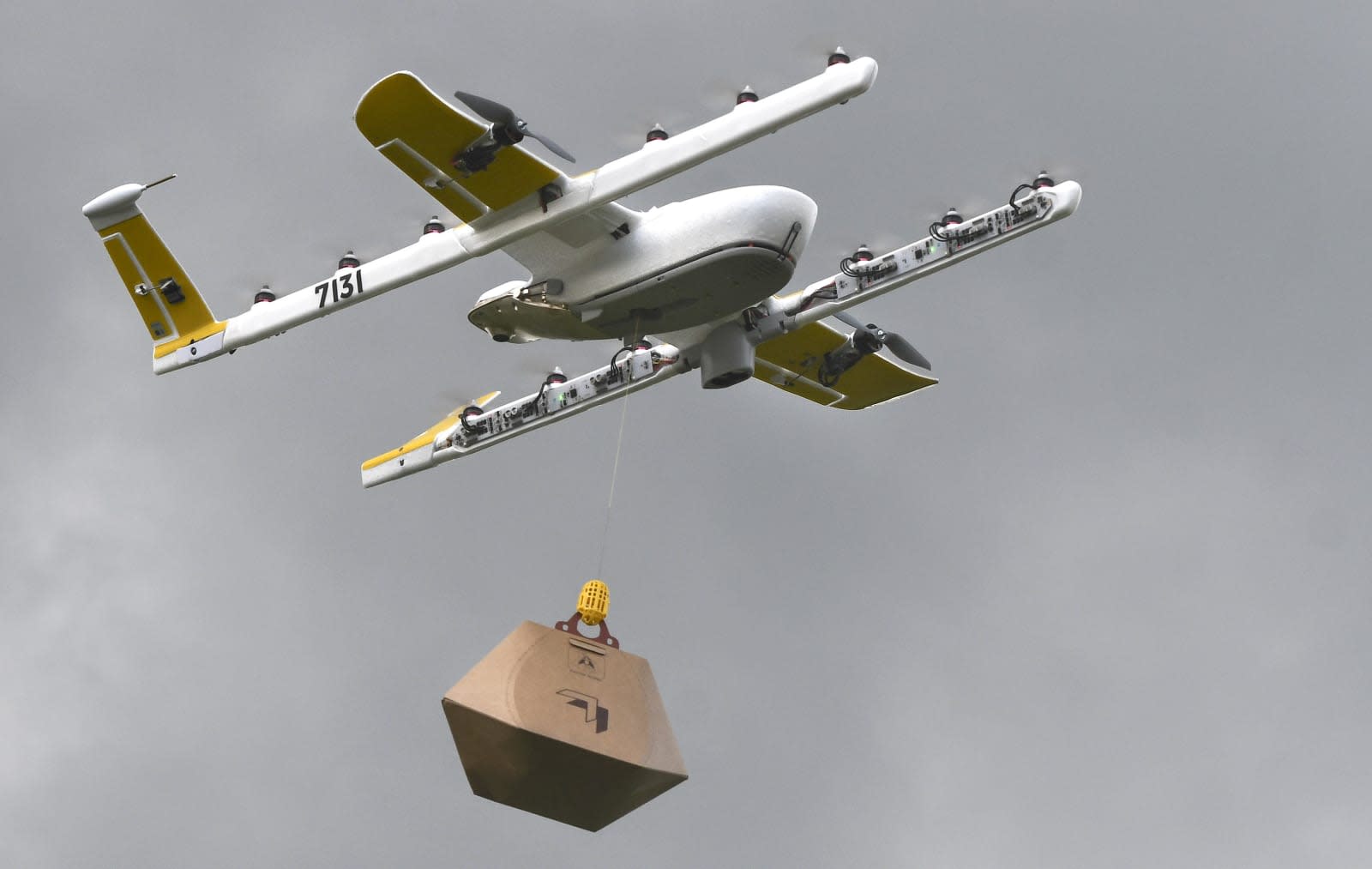 Alphabet announced that Wing deliveries are about to start in Finland's capital of Helsinki and detailed more about where they the drones would operate and what folks could order. The pilot program will start in the Vuosaari district, an ideal spot for drone deliveries because it's bordered by water on three sides and has a dense population.

It originally unveiled its Helsinki ambitions last winter and did its first trial delivery earlier this week. Residents will be able to order dishes like lasagna for two, chicken caesar salad and even popcorn from gourmet supermarket Herkku, or dishes from the popular restaurant Cafe Monami. When it first announced the plan, Wing said deliveries would typically take about ten minutes.

Wing notes that Helsinki wants to render cars obsolete by 2025 with reliable and affordable public transportation, and drone deliveries would aid in that goal "by reducing car trips to pick up small goods." At the same time, the cost of deliveries is lower than with regular couriers.

The Alphabet division has also been running trials in Australia, but has avoided the US -- apart from dabbling in delivering Starbucks coffee -- because of stricter rules governing drones. However, it became the first drone delivery company to be approved by the FAA last month, paving the way for US trials. Wing will start working FAA's Unmanned Aircraft System Integration Pilot Program (UAS IPP) in southwest Virginia, and contact communities in the Blacksburg and Christiansburg areas to show off its technology and gather feedback.

While it might not seem practical (or resident-friendly) to have hundreds of drones buzzing over cities, it makes more sense in rural or remote areas for deliveries of medicine and other crucial goods. Alphabet is hosting community events in Helsinki to let citizens ask questions about the service and learn more about how it works. "Most residents we've heard from say they're interested in using Wing to order dinner or groceries," it wrote.

In this article: Alphabet, Deliveries, Drones, Finland, gear, google, gourmet, Helsinki, robots, tomorrow, video, Wing
All products recommended by Engadget are selected by our editorial team, independent of our parent company. Some of our stories include affiliate links. If you buy something through one of these links, we may earn an affiliate commission.