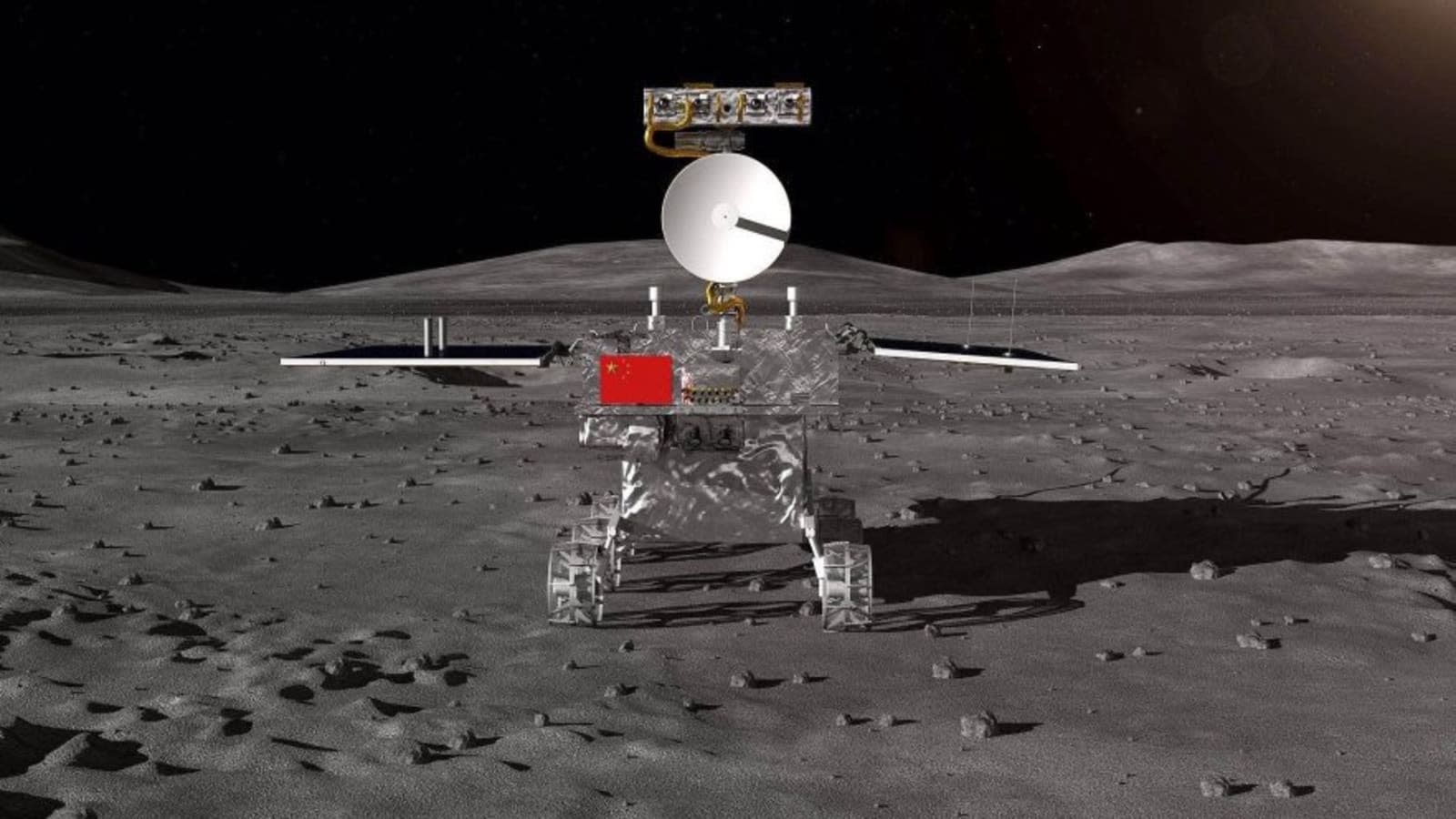 Early this year, China's Chang'e-4 lunar lander made history when it became the first spacecraft to touch down on the far side of the moon. Now, according to a study published in Nature, the lander's rover, Yutu-2, may have detected the first signs of lunar mantle material. If the minerals it found prove to be part of the moon's mantle, the discovery could help scientists better understand how both the moon and the Earth formed.

Chang'e-4 intentionally landed inside the moon's Von Kármán crater, one of the largest known impact structures in the solar system. As National Geographic points out, if scientists are going to find lunar mantle material anywhere, that's a good place to look. In exploring the carter's basin, Yutu-2 reportedly found two minerals: low-calcium (ortho)pyroxene and olivine. Those align with predictions of what the moon's upper mantle might contain.

Scientists suspect that the moon's crust and mantle layers are distinct from each other, thanks to an ancient magma ocean that cooled and solidified. But what we know about the moon's composition is largely based on surface samples brought back by the Apollo missions, which were on the near side of the moon.

To date, no one has collected mantle samples. But some scientists warn that this study is inconclusive. Yutu-2's spectrometer could actually be seeing volcanic glass or solidified melt from the impact that first created the Von Kármán crater. Yutu-2 will continue to study these materials, in hopes of understanding their geological context and origin, as well as determining the potential to bring samples back to Earth. However the samples are interpreted, scientists agree that discovering these far-side minerals is a pioneering feat.

In this article: chang'e-4, change4, china, china national space administration, crater, dark side of the moon, discovery, low-calcium pyroxene, lunar lander, lunar rover, mantle, minerals, moon, olivine, sample, space, tomorrow, von karman, yutu, yutu-2
All products recommended by Engadget are selected by our editorial team, independent of our parent company. Some of our stories include affiliate links. If you buy something through one of these links, we may earn an affiliate commission.