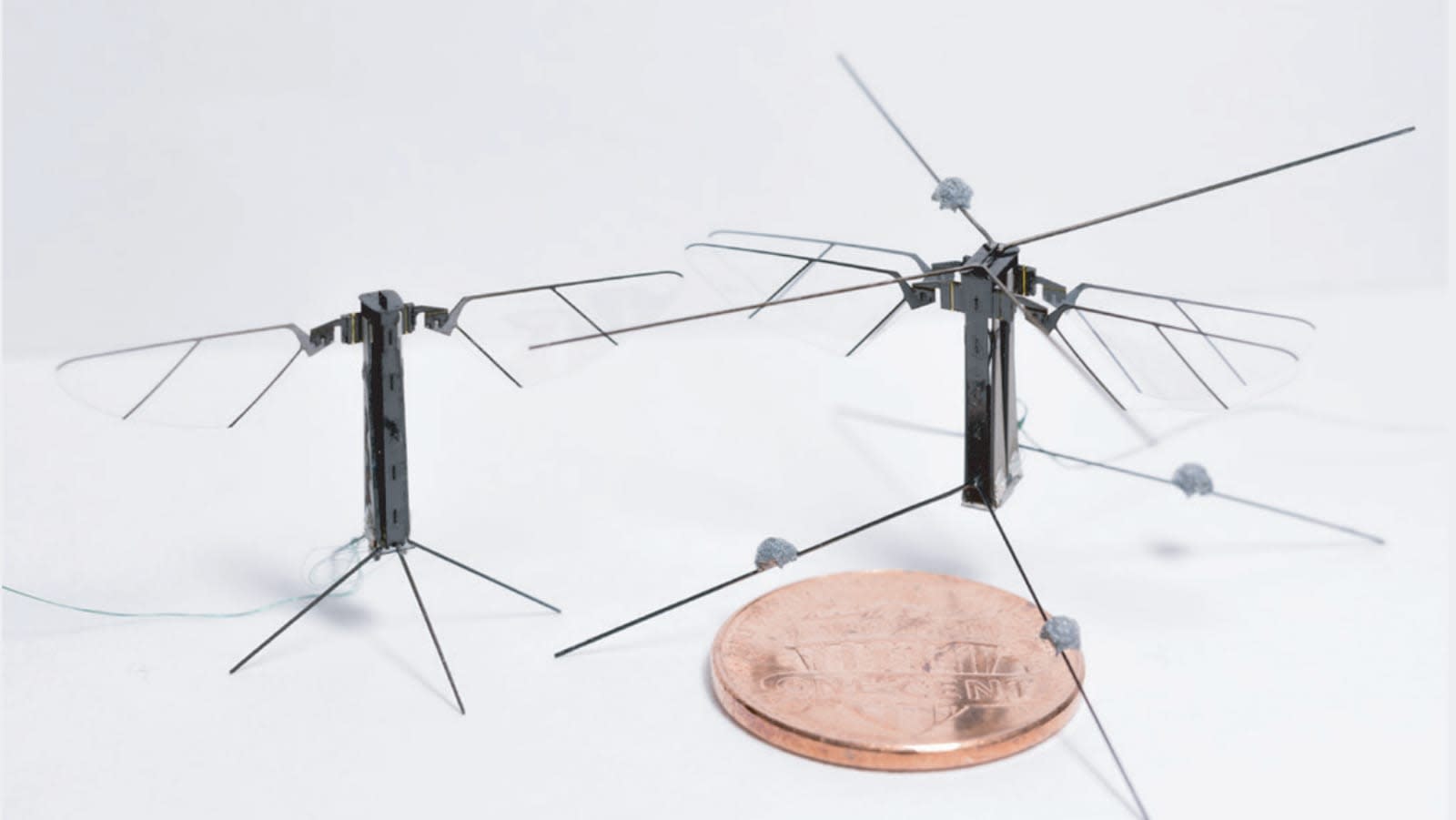 It's difficult to make an insect-like flying robot -- realistic four-winged bots are typically too heavy, while lighter two-winged models tend to fly erratically. USC researchers have edged one step closer to the dream machine, however. They've created Bee+, a four-winged bot (pictured at right) that flies with more of the agility and poise of real insects while weighing just over 0.003oz. The trick was to drop earlier bimorph actuators, cantilevers made of two layers of piezoelectric material with a passive layer in between, with unimorphs that only have one piezoelectric layer. The four actuators combined weigh half as much as bimorphs would at just under 0.002oz, reducing the wing loading and significantly improving control.

The tiny flier can follow paths, dodge obstacles, perch and land. It's even simpler to build than the earlier two-winged model.

There's still much, much more work to be done before there are robotic insects in service. Bee+ flies tethered, since that saves the team from factoring a battery into the design. Size is also a concern. While the robot is only slightly larger than a penny, it's still much larger and heavier than most real insects.

This does solve one of the larger problems for minuscule flying robots, though. And importantly, bots at the size of Bee+ could still be useful for a number of tasks, such as scouting hazardous areas and locating survivors in collapsed buildings. The challenge is simply designing a robot that can carry a full payload while remaining small enough to fit into exceptionally tight spaces.

In this article: bee plus, bee+, biomimicry, flight, flying robot, gear, robotics, robots, science, unimorph, usc
All products recommended by Engadget are selected by our editorial team, independent of our parent company. Some of our stories include affiliate links. If you buy something through one of these links, we may earn an affiliate commission.