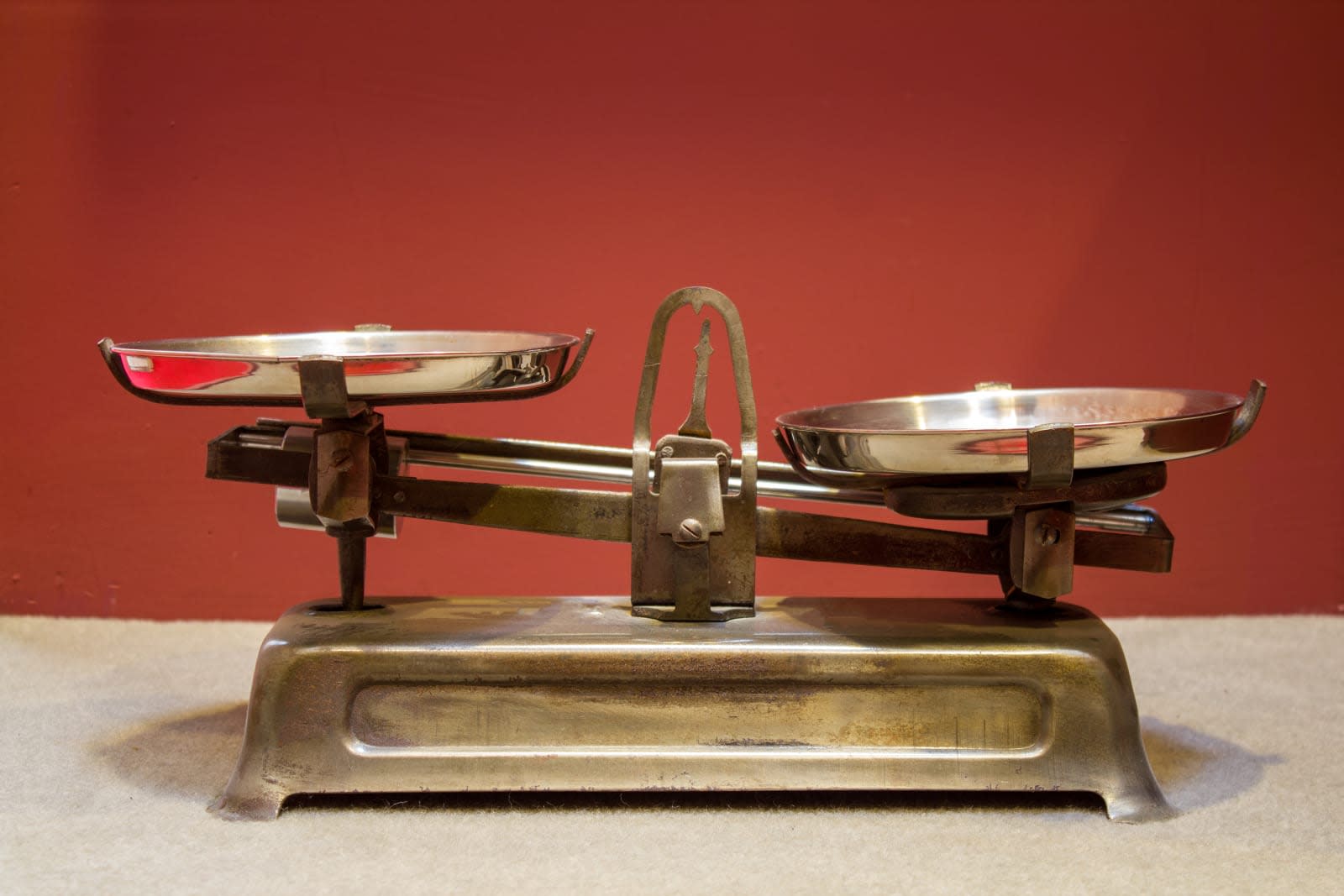 On May 20th, World Metrology Day, the scientific community will officially change the definition of the kilogram. For 130 years, the kilo has been defined by a physical cylinder of platinum-iridium alloy, known as Le Grand K and stored in a vault outside of Paris. But every time scientists handled it, the cylinder lost atoms -- an estimated 50 micrograms over its lifetime. So, beginning Monday, the kilogram will officially be measured by a physical constant known as the Planck constant.

The change has been years in the making, and on May 20th, three other units of measurement -- the ampere, kelvin and mole -- will also get new definitions. Those proved to be easier to update, as they weren't based on a Victorian-era lump in France. The kilo will now correspond to the mass of an exact number of photons, or particles of light, of a particular wavelength. With this change, the kilo will be defined in terms of seconds and the meter, which are physical constants and therefore more reliable than a man-made object.

For most of us, the new definitions won't change much, but for the scientific community it's a historic moment. It will give researchers far more accurate tools with which to make measurements and that could help reexamine the laws of physics. As Terry Quinn, emeritus director of the International Bureau of Weights and Measures (BIPM), previously told Engadget, "This is the most important decision that the BIPM has made in maybe 100 years, which may be a slight exaggeration, but at least since 1960 when they adopted the International System of Units."

In this article: define, definition, France, kilo, kilogram, le grand k, measurement, Paris, physics, planck, planck telescope, platinum-iridium, science, services, tomorrow, world metrology day
All products recommended by Engadget are selected by our editorial team, independent of our parent company. Some of our stories include affiliate links. If you buy something through one of these links, we may earn an affiliate commission.