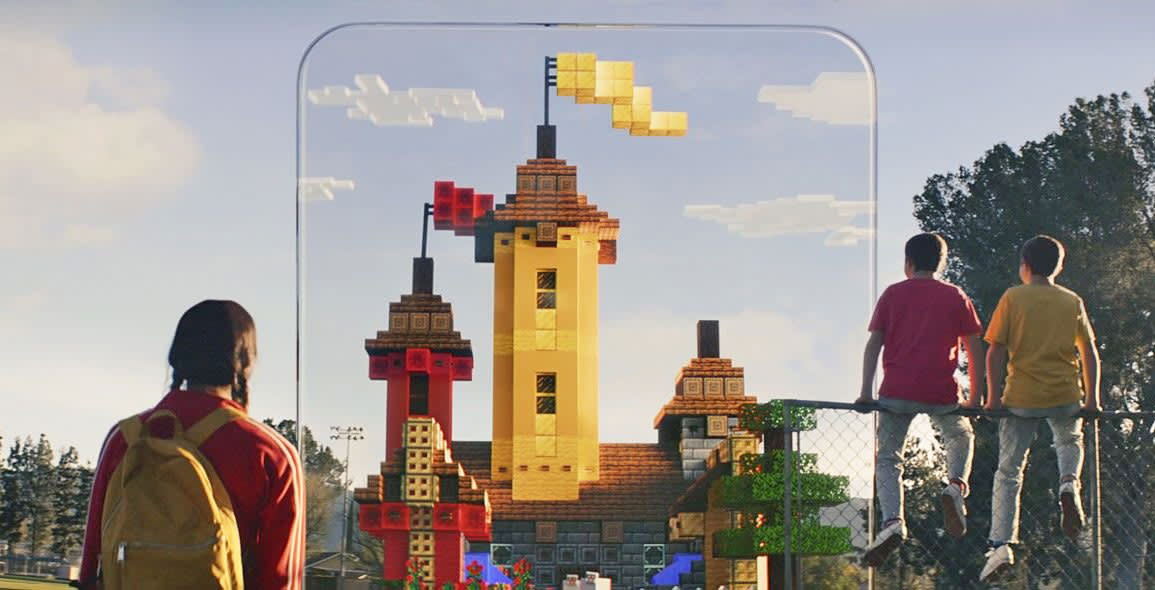 Microsoft announced that it has sold 176 million copies of Minecraft, quite a big hop over the 156 million figure they revealed just seven months ago. Despite more buzz around games like Fortnite, Microsoft has kept the game fresh with things like the Dungeons online co-op, a free browser version, a forthcoming movie and now, an augmented reality version called Minecraft Earth. Microsoft added that it has passed 200 million registered users of the Microsoft China edition and completed 130 million Minecraft "Hour of Code" sessions.

When it starts to ratchet up the beta program for Earth, those figures could really take off. The new game looks incredibly promising, with even more immersive play than the current mobile AR champ, Pokémon Go, which was a runaway success when it launched in 2016. Microsoft plans to roll out Minecraft Earth around the world gradually, starting with a closed beta this summer.

In this article: 176Million, gaming, microsoft, Minecraft, MinecraftEarth, mobile, Sales
All products recommended by Engadget are selected by our editorial team, independent of our parent company. Some of our stories include affiliate links. If you buy something through one of these links, we may earn an affiliate commission.